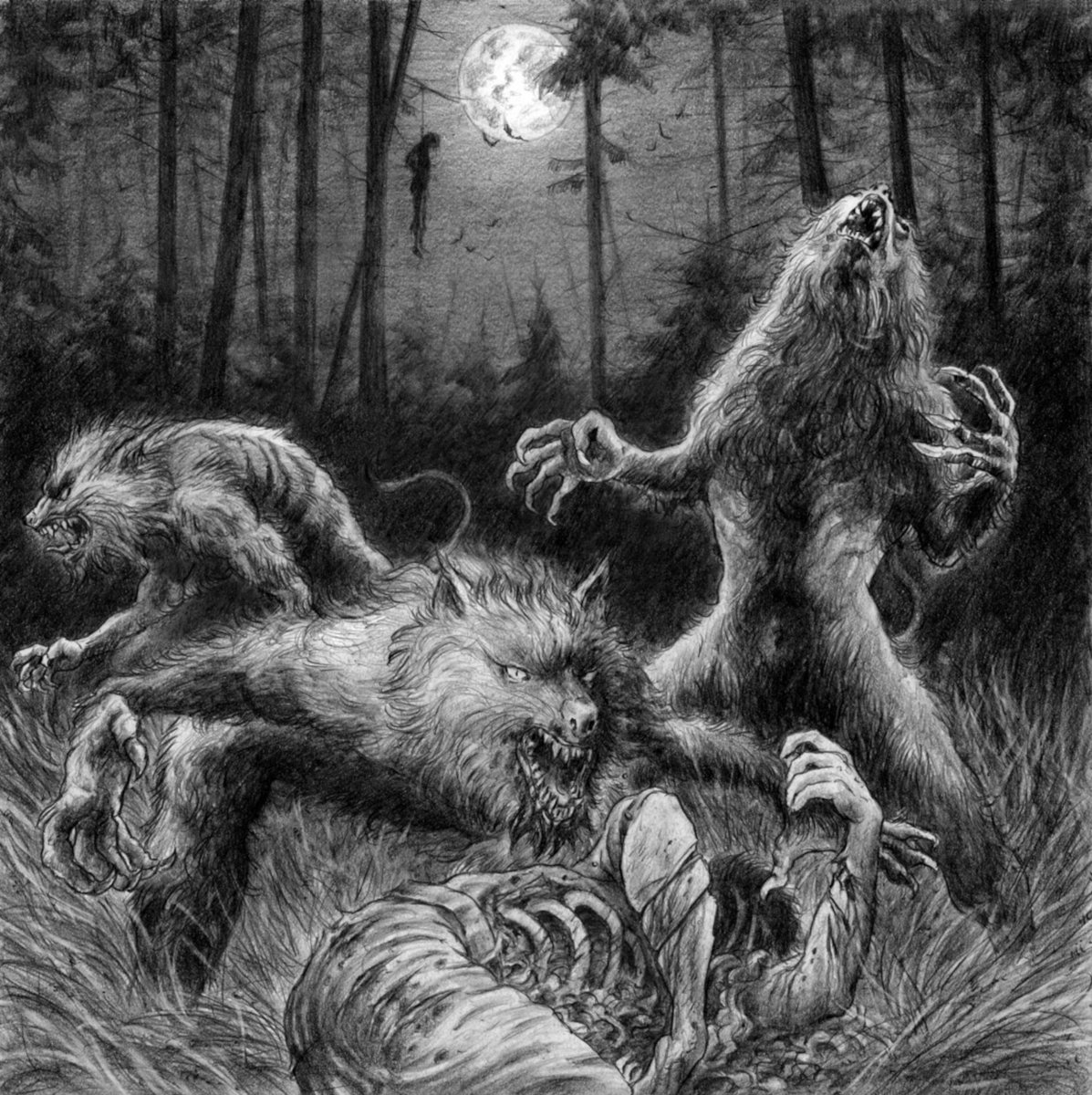 From the early 90s to present day, Poland has had a strong presence in black metal and one could easily keep busy reviewing long-running and new bands releasing material in the country every year.  One of the relatively newer acts is Szary Wilk, released a demo in 2018 and have followed it up with a full-length titled Wrath this year.  Like many of their countrymen in the 90s Szary Wilk has embraced a sound that balances abrasive and colder instrumentation with sweeping melodies that feel like they’re sending you off to battle, and while they nail the style the songwriting itself still comes a little too close to their inspirations to truly stand out.

Rather than heading directly into layers of shrill, abrasive tonality the band instead chooses to utilize an acoustic intro for the first few minutes of “Mortal”, letting a somber guitar melody hover over top of the sound of swirling winds.  It’s an effective intro that makes you feel like you’re being lead into a dark and foggy woodland before Szary Wilk settles into a slower, methodical pace where sorrowful and haunting melodies are woven over top of the rawer foundation.  From there the group does sometimes speed things up and allow colder tones to swirl over the recording like a whirlwind, sometimes channeling the same triumphant and warriorlike cadence as classic Polish acts like Graveland.  There’s a rawer edge to the recording that often makes it sound as though Wrath could have come directly out of the same years in the 90s that solidified Poland’s take on black metal, though there’s still just enough clarity to make out the finer details of the guitar and bass work.  Even though Szary Wilk clearly has some skill and play with more precision than the hordes of others that join the genre on a regular basis, the songwriting itself didn’t always stand out.  I can appreciate the fact that the album keeps things brief and doesn’t try to pad things out with filler, but the majority of the songs come through feeling just a bit too close to some of the classic Polish and Finnish groups and keeps Szary Wilk from truly having their own identity.

Vocalist Czuły is able to enhance the abrasive tone of the rest of the band with a very raspy scream that reverberates over the recording with a sinister presence.  This type of forceful and ear-piercing pitch is also where a lot of the 90s influence comes into play, when recordings were as noisy as possible and shrieks seemed to just barely pierce through.  Songs like “Behind the Curtain of Death” and the title track shake things up a bit with some lower growls that seem to hover over the recording like a specter, and the transition between these highs and lows keeps the intensity at a high.  Where some black metal groups sometimes seem to be forcing their vocals, here everything feels natural as though Szary Wilk is genuinely channeling something sinister and not of this world.

Let’s be clear, Szary Wilk’s debut is hardly without merit.  They do nail the frigid tone and rougher edges of 90s black metal from across Europe and some of their melodies reach that triumphant Graveland like warrior cadence.  But the five songs employ some similar approaches and don’t fully give this band a unique identity, leaving room for further growth.  I do think they’re capable of getting there though, so I’ll be watching to see when this name pops up again in the coming years.  Wrath is available from Putrid Cult.