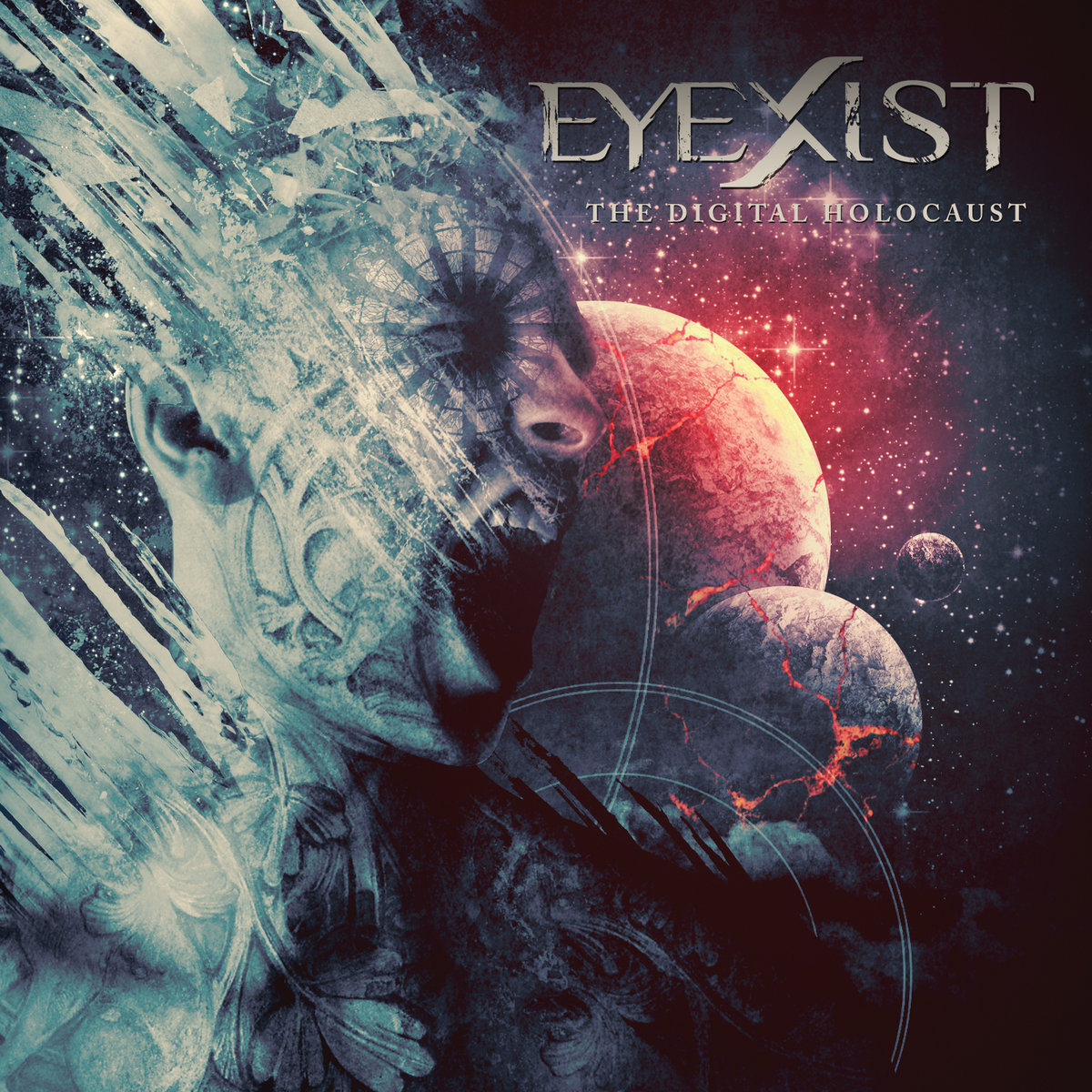 The Digital Holocaust
by Eyexist

Eyexist is a brand new synthetic, technical death metal band formed by longtime (25 years) friends, Francis Bouillon and Jean Beaulieu (ex-Gorelust). From Montreal, the duo created the project to explore their diverse influences: jazz, film and game scores, science-fiction, and rock.  With the help of PRC Music and session drummer and producer Oli Beaudoin (Kataklysm), along with two guest appearances from guitar vurtouso Mendel (Aborted), The Digital Holocaust has now been released as the band's debut outing.  And it's an impressive one at that.

Eyexist wear a lot of hats stylistically: symphonic, industrial, technical, progressive.  A moderate comparison might be Irreversible Mechanism, but I feel a slightly stronger electronic influence to this project.  At moments I also recall some of the mid-career albums from Soilwork that featured some digitized aspects.  It's from this that I chose the "synthetic" label, which I borrowed from another band I have since forgotten.  There is a sense the this music is metal for androids.  The cinematic score playing through the killing fields of Terminators or Replicants.

I say once more, this is a really impressive debut.  The Digital Holocaust would be a fantastic release for an established band, but for this to be their very first album is setting the bar insanely high.  Every aspect is extremely polished, from the authoritative death growls to the constant introduction of fresh, new riffs.  And both Oli's drumming and Mendel's expertise when it comes to soloing add quite a bit to the fold.  Between their machine-like precision and the synth additions that fill out the more dramatic angles, the result is vastly fulfilling.

I know.  There is just too much music to keep up with.  Sometimes I almost miss the days that I was ignorant to all of this underground stuff.  But hell, then I'd be missing all of the best new music.  Eyexist have proven in one fell swoop that they are a force to be reckoned with.  And when our technology gains sentience and goes all Cyberdyne on us, this will be the soundtrack to our demise.  Continuing my sudden reliance on movie quotes to wrap things up: "I've seen things you people wouldn't believe. Attack ships on fire off the shoulder of Orion. I watched C-beams glitter in the dark near the Tannhäuser Gate. All those moments will be lost in time, like tears...in...rain. Time to die."  -Roy (Blade Runner).