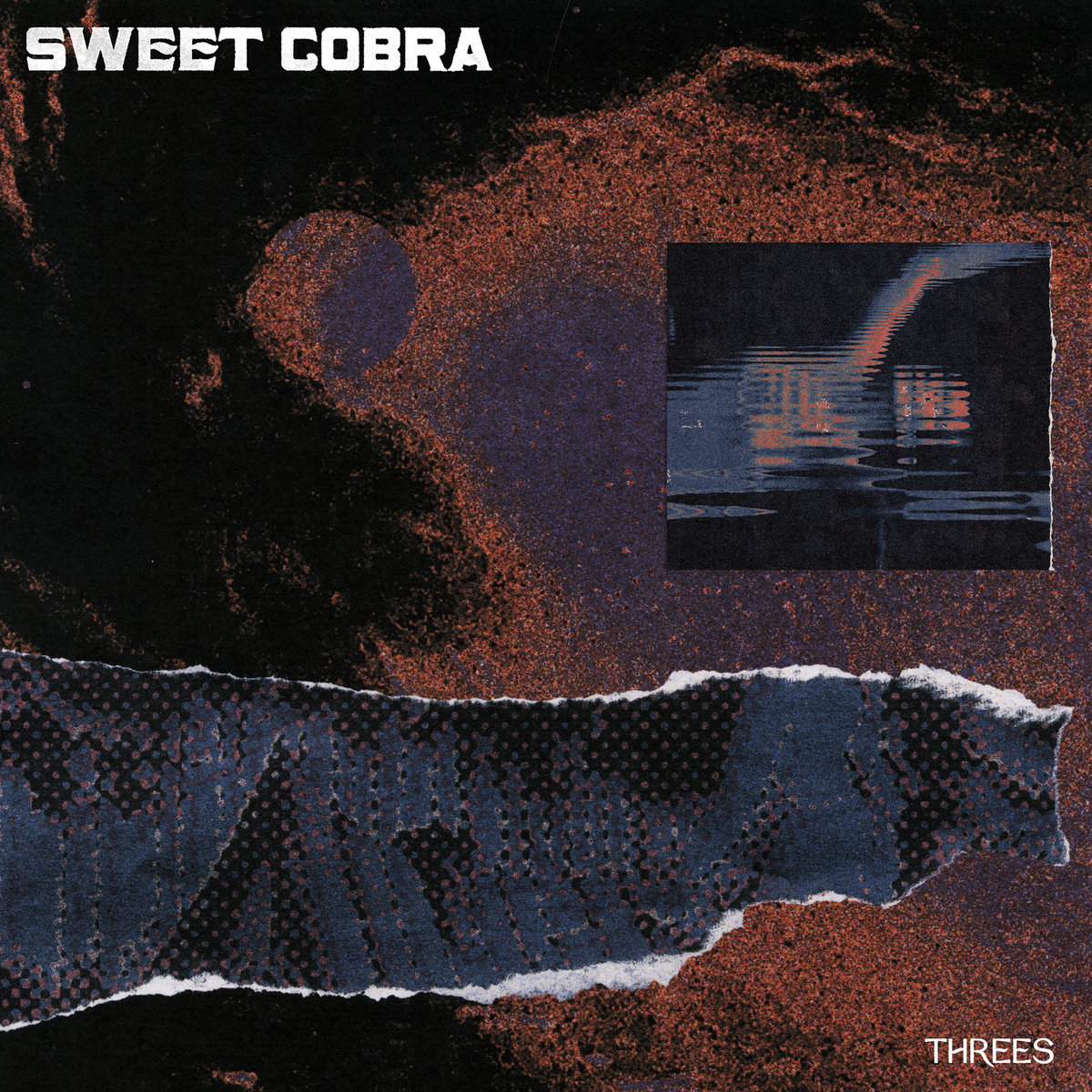 Now in their second decade of existence, Chicago’s Sweet Cobra feels like the definition of an under the radar band, as they touch upon a lot of the styles fans of heavy music love but haven’t received the same visibility.  When I first encountered them on their sophomore effort Forever back in 2007, the group had a lumbering foundation of sludge and noise rock with hints of post hardcore, but over time they’ve morphed into an appreciation of everything alternative and sonically heavy in rock.  2015’s Earth found them branching out further into 90s alternative rock viewed through a metal lens, and nearly seven years later this transformation has continued in the form of Threes.  It’s arguably their mellowest album to date, exploring everything from space rock and shoegaze to garage rock, but it’s this ability to shapeshift from one song to the next while still feeling cohesive that makes Sweet Cobra sound better than ever.

Opening song “Coats” makes it clear that listeners are in for a very different and even more diverse album compared to Earth.  After a drum intro that has an almost live recorded sound to it, the guitar and bass kick in with a warm and fuzzier tone that draws you in with its sweeping melodies.  Sweet Cobra has a knack for capturing a little bit of everything that alternative rock and its heavier offshoots had to offer in the 90s and beyond, moving between the likes of shoegaze, space rock, garage rock, and even a little noise rock for good measure.  But no matter what you choose to call it, the emphasis throughout Threes is on the power of a good rock riff and a healthy dose of melody and atmosphere to back it up.  Songs like “Cave”, “Least Worst”, and “Alive on Arrival” sprawl outwards slowly with melodies that fully envelop your eardrums and have an entrancing, somber sound while other tracks speed up the tempo and just give you some foot tapping grooves.  Yet even with how many different bands and rock styles Sweet Cobra seemed to be channeling throughout Threes, everything is woven together seamlessly and gives them a sound that sets them apart.  Admittedly there are some lulls, particularly on the longer and slower tracks like “Cave” where the stretched-out riffs do start to get a bit repetitive, but there are plenty of high points that make up for it and have kept me coming back for more.

Early on Sweet Cobra had a much rougher and raw vocal delivery that put them in line with bands like Coliseum and Red Fang but starting with 2015’s Earth they had shifted towards a much softer and restrained approach to singing.  This is once again the case on Threes, but the performance varies based on where the instrumentation is going sonically.  Sometimes you get much louder and booming singing that has more of a garage or alternative rock vibe to it, while other moments bring more subdued and spacey tone that contributes to the overall atmosphere.  I was pleasantly surprised at just how much variety there is to the vocal work, especially since the majority of what I remembered was based on my time with Forever and Mercy years back.

Sweet Cobra has shed most of their post hardcore, sludge, and noise rock roots on album number five in favor of something a bit more melodic and nuanced.  There are still some moments that have the weight and burly tonality of their earlier days, but the sound here is a lot closer to alternative/garage rock and shoegaze with a little bit of everything in between.  No matter how you classify it, it’s a catchy and diverse rock album from a band that continues to surprise, one that once again deserves a bit more exposure and notoriety than it seems to be getting.  I do think this isn’t the best Sweet Cobra has to offer from this shift in sound though, and hopefully it won’t be another seven years before we get to find out how else they can transform.  Threes is available from Pax Aeternum and Hawthorne Street Records.