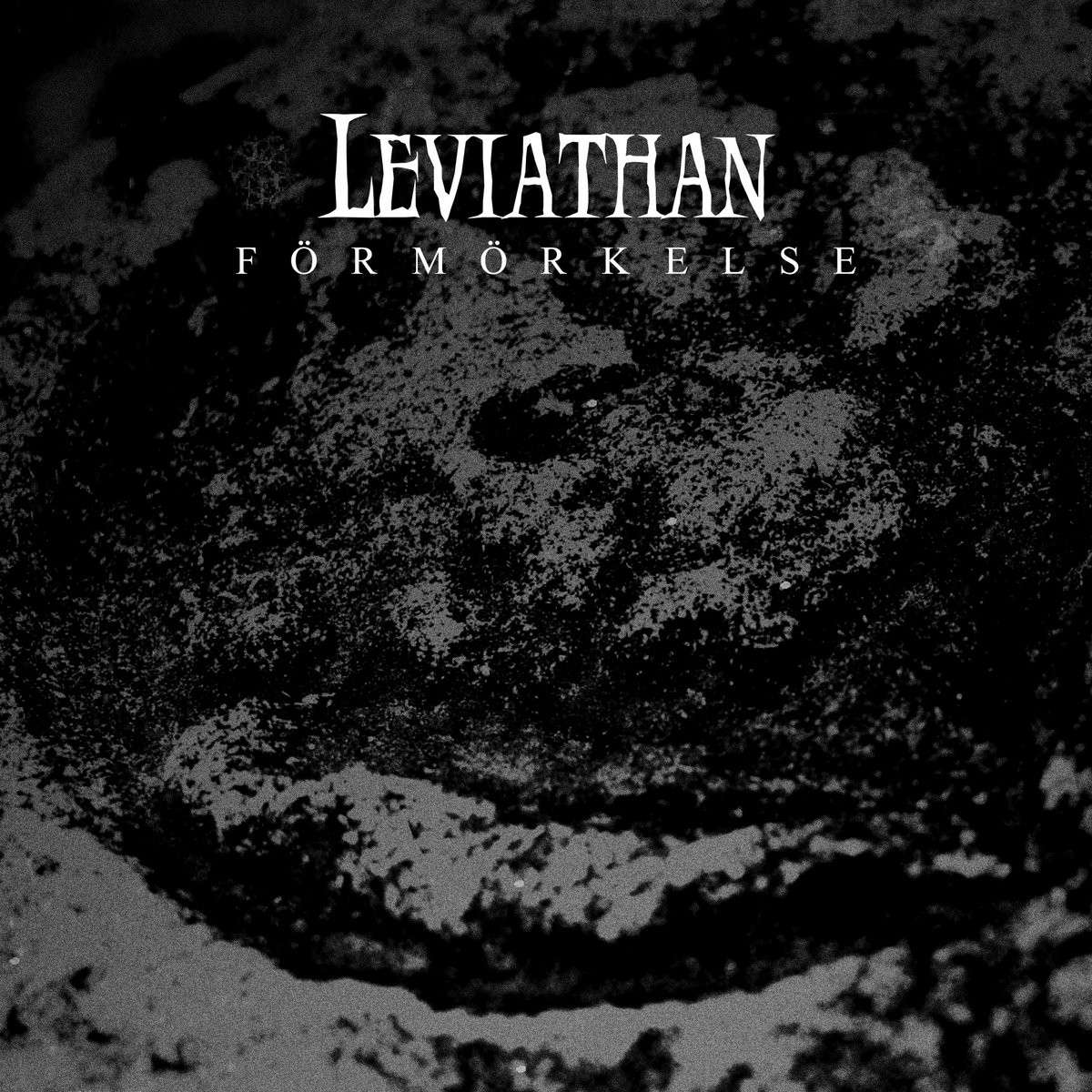 Many bands have used the name Leviathan over the past three decades, but chances are you’re most familiar with either the American or Swedish black metal groups.  The latter is the focus of this review, having been silent for close to eighteen years after the release of the well-received Far Beyond the Light way back in 2002.  Project founder Roger "Phycon" Markstrom has hardly been silent when it comes to metal in the years that have passed but he’s remained focused as a drummer with Feral and Dwoom, making the release of sophomore effort Förmörkelse a pleasant surprise for those looking to submerge themselves back into the abrasive, layered soundscapes the project became known for many years ago.  It’s a dense listen that spends just as much time exploring murky, desolate tones at slower paces as it does blasting away at you with that familiar icy chill, but the way that the album pushes its sound outwards proves to be genuinely compelling the further in you get.

Black metal is known for its dark and abrasive textures but there’s something about Leviathan’s approach that makes it feel even bleaker and murky.  With opener “XVII” you’re greeted with dark and eerie instrumentation that sounds like it’s leading you into the depths of a lightless cave, only for “Avgrundens Återsken” to blow things open with the type of powerful and commanding leads that recall the glory days of the Scandinavian variant of the genre.  Initially Phycon seems to be playing it fairly traditional, as the first couple of tracks send waves of icy melodies across the recording in ways that bring the likes of Taake and Immortal to mind, but the album seems to push further outwards and experiments with a wider range of textures and tempos as you get to some of the later tracks.  “Förbannelsen” is where the material really begins to transform into something even more dynamic and sinister, as it leads off with a softer, haunting melody that builds into explosive and abrasive layers around the halfway point, only to subside back into bleak and mysterious sounding melodies towards the end.  From this point on the soundscapes seem to only get more involved, as the atmosphere becomes extremely dense and the instruments often seem to weave in and out of the overall recording as though they want you to focus on different elements each time through.  This holds true of the more straightforward moments upon repeat listens as well, as even when Leviathan is going full steam ahead the instrumentation has been layered so that your focus is shifted towards the drums or other ideas that aren’t typically focused on in black metal.  Given that approach it’s likely to take some time to sink in, but the murkier tonality and jagged edges of “Verklighetens Väv” and “Babylons Sand” have immediate appeal that will convince quite a few listeners to dive in further.

When black metal tends to have a lot of murky and dense layers, the vocals often get swept away in the mix and become just another element of the instrumentation.  Leviathan’s certainly gone for density when it comes to how layered the material is, but there’s just enough separation between the vocals and instrumentals which allows them to take the spotlight.  This adds to the abrasiveness of the material, as Phycon has a raspy scream that starts off at a jagged tone that scrapes against your eardrums like barbed wire and seems to only get more distorted as each song progresses.  The beginning of Förbannelsen” incorporates some singing and chanting at the very beginning that shifts the dynamic towards a more grandiose and otherworldly sound, but for the majority of Förmörkelse Leviathan keeps things tense and violent with screams that are as harsh and tortured as they come.  It’s an approach that suits the bleakness and pitch-black darkness that the guitar and bass tones create, and showcases that Phycon does as well behind the mic as he does playing drums.

Leviathan initially seems as though it’s channeling the same powerful atmosphere and colder tones that defined Norwegian and Swedish black metal early on, but its sophomore effort flips the script a bit with how it emphasizes subtle nuances like the drums and the interplay between the faster and slower tempos on the second half.  For me the later songs are where the atmosphere reaches its highest peaks and fully draws you into the utter darkness and dread Leviathan has to offer, but the material remains consistent as a whole and it’s evident that the long wait has been worth it.  You’ll likely need multiple listens to start to peel back the layers and take everything in, but underneath the murkier and dense layers is another stand-out Swedish black metal release.  Förmörkelse is available from Nebular Carcoma Records, Bile Noire, and France d'Oïl Productions.