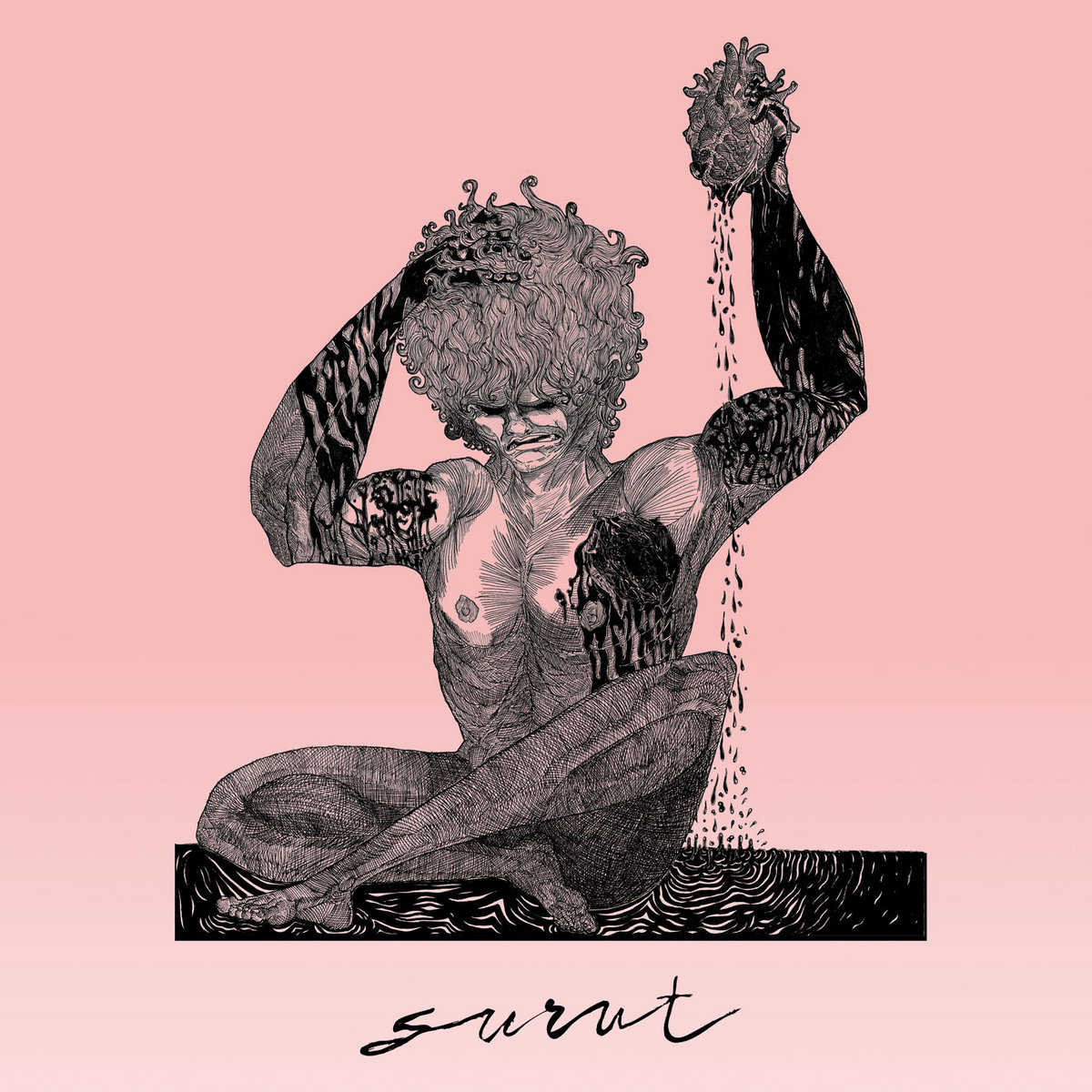 Originally self-released in August of last year before being picked up by Petrichor, Surut’s debut EP blends the raw emotion of hardcore and screamo with some black metal edges.  While blackened hardcore has tended to be associated with countries like France, England, and the US, Surut hails from Finland which is known for its very cold take on black metal.  It seems appropriate then that the four tracks on the EP are able to blend some of that bone chilling tonality and intensity with much softer, reflective moments that bring in some shoegaze and post rock elements.  While the songwriting still has some room for further expansion that will allow the harsh and melodic side of their sound to fully stand out, this is still a great starting point for this promising new band.

What’s particularly interesting about Surut’s debut is that it emphasizes different elements depending on which half of the EP you’re listening to.  The first two songs are a bit shorter than the last two and have a more direct approach to the instrumentation, emphasizing faster tempos and generally more abrasive tonality that comes in somewhere between punchy hardcore and black metal.  On these songs the band is really able to channel an immense amount of fury with some icier melodies to go with it, bringing Celeste and Hexis to mind as well as Converge due to how often the tempo shifts.  But once you get to the final two songs Surut heads in more of an atmospheric and melodic direction, letting off the gas a bit so that darker melodies can build up slowly until they explode into a fast paced and intense climax.  On these longer pieces the tone shifts and the instrumentals seem to be bringing in the emotional weight that post rock/post metal and shoegaze are often able to provide, with softer and introspective melodies exploding into bursts of raw emotion.  There are hints of black metal throughout, with “Palo” bringing a little bit of Deafheaven influence with it and “Häpeä” offering some of the darkness and grit of traditional Finnish black metal.  It’s a strong combination, though admittedly the group doesn’t fully step out of the shadow of these influences just yet and some of their ideas do blend together slightly.

The instrumentals may soften up over time and explore some melancholic textures, but the vocals keep things firmly on the aggressive end of the spectrum and this is where some of the additional hardcore and screamo elements come into play.  Surut’s vocalist has a raspy, jagged scream that give a rawer sound to much of the material, and there’s so much emotion coming from each word that it can almost feel overwhelming at times.  The band is able to take advantage of just how intense each verse is by spacing them out, allowing each appearance to come through with renewed focus as it pummels you with rage and anguish.  It’s an approach you’ve undoubtedly heard before from blackened hardcore but Surut delivers a performance that stands out.

It’s clear that Surut is pulling from a wide range of influences, and I like that they’re not just falling into the standard “blackgaze” approach and calling it a day.  With a balance of direct, heavy hitting tracks with ones that adopt a more thoughtful, melodic approach the group has showcased two very different sides that they can expand upon in the future, and while some of it does run together over repeated listens there’s still a lot to like.  I’ll be eagerly anticipating what comes next, as with a bit more growth I could see this band making an even greater impact.  Surut is available from Petrichor.