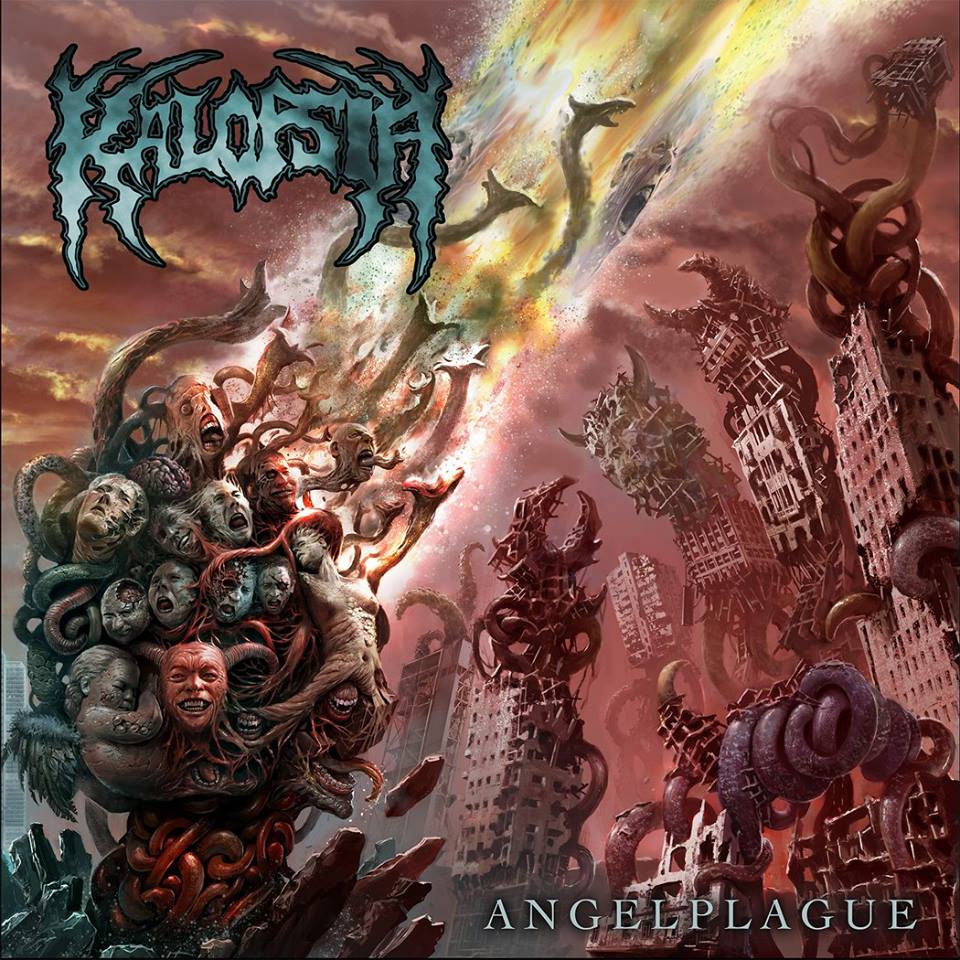 What I like: "Destined to Return" definitely grabbed my attention.  An album needs a gripping opener, and this one delivers in spades.  The grotesque aesthetic of Angelplague is conveyed within minutes and carries on throughout its duration via ferociously brutal growls, heavy-yet-catchy riffs with a technical edge, and a violent assault on the drum kit.  The pace changes in some of the later tracks show that the band knows how to keep the energy of the audience at 11; and the varied approach to the guitar from old school chord progressions to squealing blackened tremolos adds a lot to maitaining my interest level.  There are some fun melodeath hooks a la tBDM as well ("Scorched Earth...").

What I Don't Like: The album very quickly looses momentum for a bit after the first track.  Both "As The Serpent Devours" and "Christened Upon The Slab" strike me as fundamentally weaker tracks that pull me out of the experience.  Fortunately, Kalopsia put things back on track and rarely let up after this point.

The Verdict: If you were looking to bore a few holes in your skull and fill it with battery acid, this is probably the next best thing.  While nothing new on the block, Kalopsia overall deliver with all that death metal destruction you desperately need.  Stream it HERE.  Buy it HERE tomorrow.