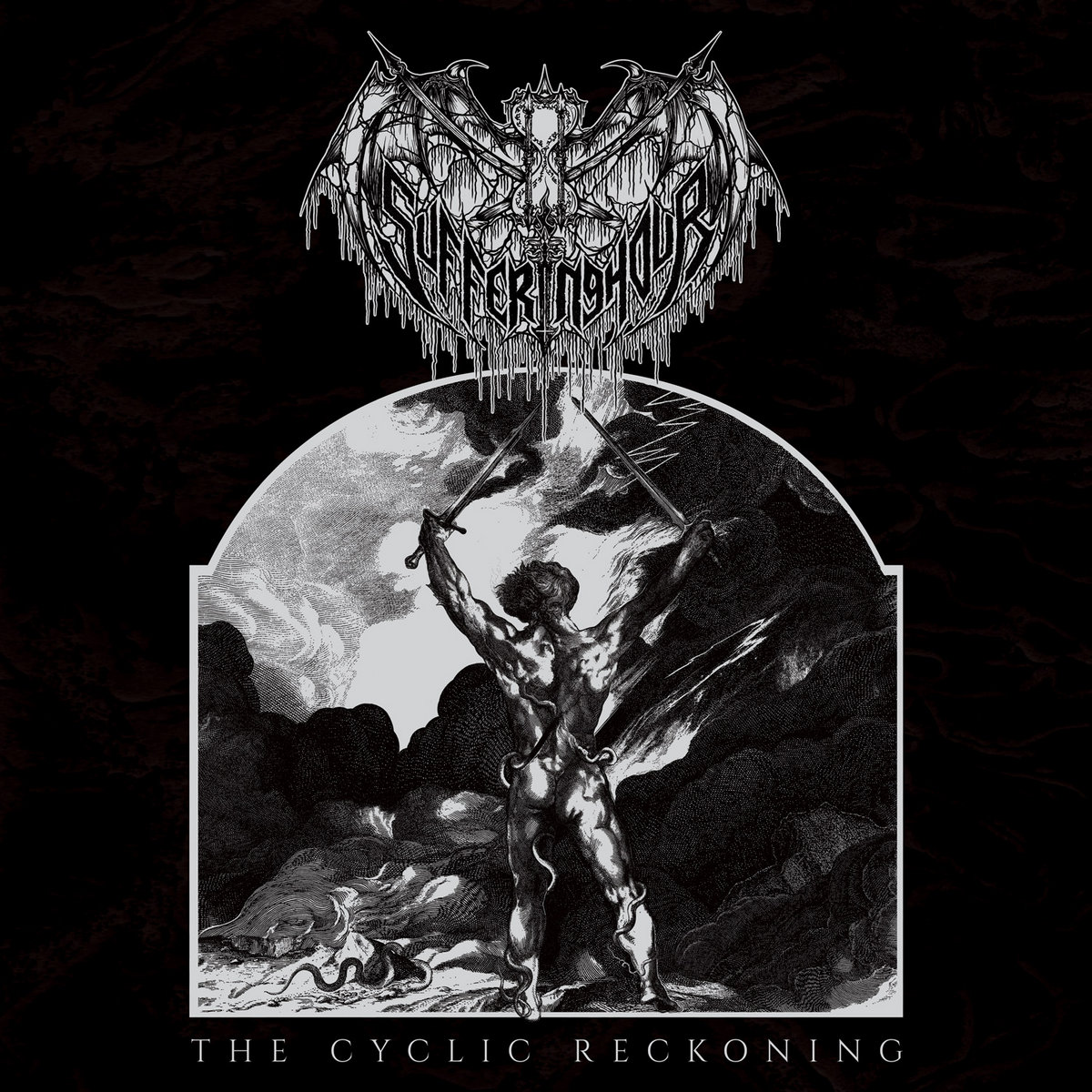 The Cyclic Reckoning
by Suffering Hour

Review of SUFFERING HOUR and their new 2021 album The Cyclic Reckoning via Profound Lore Records. SUFFERING HOUR is a blackened death metal power-trio from Forest Lake, Minnesota. Forming initially as a tech-thrash band under a different name, the band shifted their sound more towards the world of cosmic black metal with a broad range of influences reported from Inquisition and Mgla to The Chasm and Dead Congregation. All of this culminating in their highly acclaimed 2017 debut record In Passing Ascension, subsequently followed by the 2019 EP Dwell. Based around themes of awakening, obsessions, and mental anguish, The Cyclic Reckoning is a natural continuation only further drifting into the abyss.