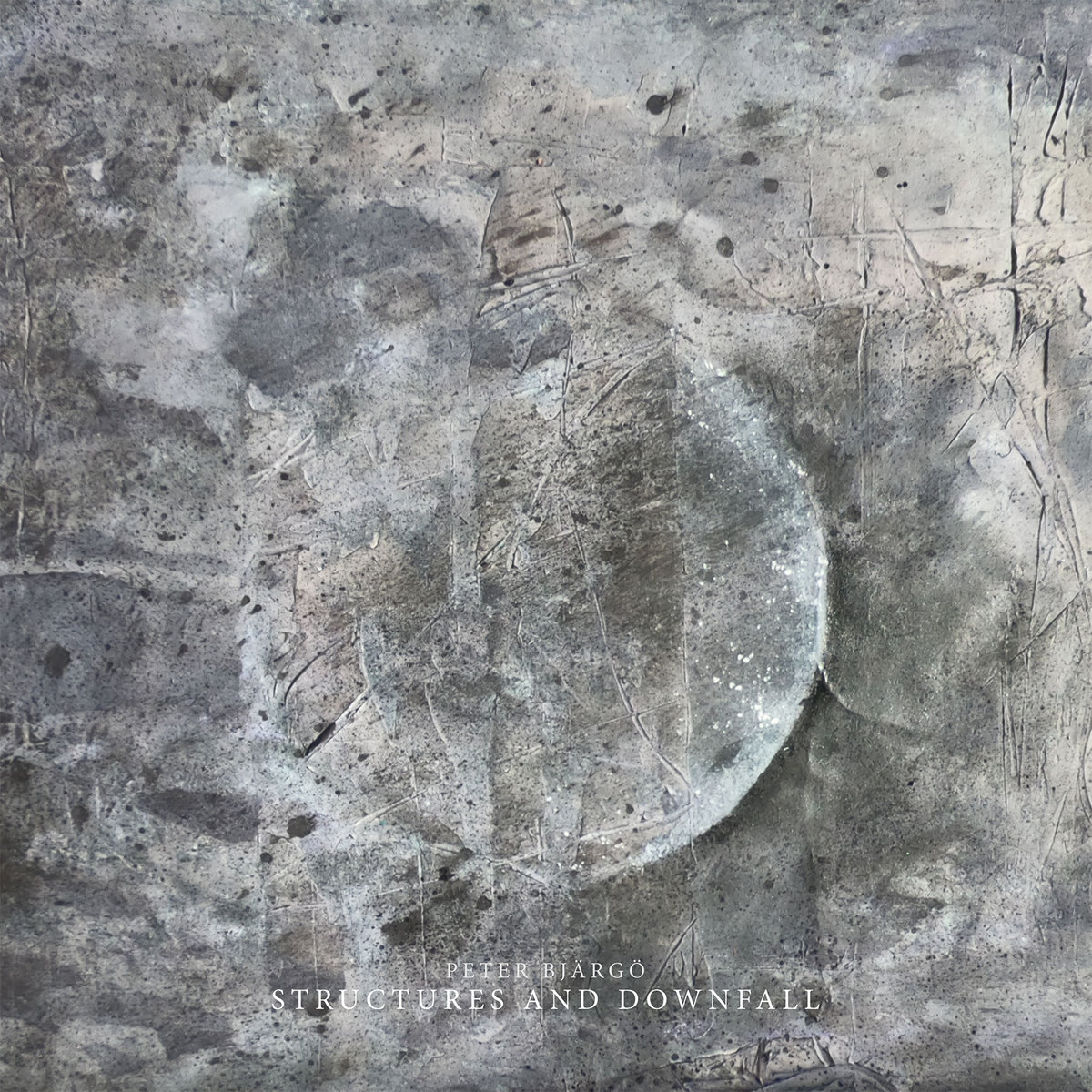 Structures And Downfall
by Peter Bjärgö

Peter Bjärgö may be best known for his work in Arcana and Sophia, but over the past decade the Swedish musician has taken the textures from both of this projects and pushed it into different directions with his solo work.  With Arcana now disbanded this has allowed Bjärgö to focus on this solo material, which is evident by the fairly quick release of Structures And Downfall following 2017’s Animus Retinentia.  Though the turnaround may have been much faster compared to the six-year gap between the previous set of albums that hasn’t hurt the compositions, as they provide somber and contemplative melodies that seem perfect for the approaching cold weather.

While Structures And Downfall may be utilizing many of the same elements that made its predecessor so engaging, Peter Bjärgö has taken this base and pushed it off into different territory this time around.  Compared to the bleaker and sad melodies on Animus Retinentia, here the sound comes through as somber yet hopeful.  There’s a darker ambiance to the overall album that remains in place, but as the piano and guitar melodies wash over you it gives off flashes of brightness amongst all of the gray.  Each song builds naturally with some incorporating tribal rhythms that lull listeners into a trancelike state, while others choose to let the guitars layer over time with a more droning and slower pace.  Where other artists focused on ambient and soundscape driven arrangements go for a minimalistic approach, Bjärgö fills out the sound and lets it explode out of your speakers with beautiful, sweeping textures.

There are some passages where the soft, deeper singing might bring some neofolk to mind, but for much of Structures And Downfall the vocal work feels more like an extension of the instrumentation rather than the focal point.  Bjärgö’s voice gives off a haunting tone as it hangs over the layers of melody, and it often builds in the same way as the songs reach their highest peaks.  Each verse is fairly spaced out, allowing the singing to break through at just the right moments rather than stretching out to the point of repetition.  Like the instrumentals, the vocals also come through as a bit brighter compared to Animus Retinentia, and this shift makes the two albums complement each other quite well.

Peter Bjärgö’s latest effort may utilize many of the same elements that were showcased on the last record, but he’s moved it in a different stylistic direction and pushed the sound even further outward.  It’s still got plenty of somber moments to be found, but the contemplative and thought-provoking nature of the melodies seems perfect for long Autumn walks.  It may be a little outside of what’s usually covered at Metal Trenches, but once you get lost in these sweeping soundscapes you may just find yourself coming back to this one regularly.  Structures And Downfall is available from Cyclic Law.