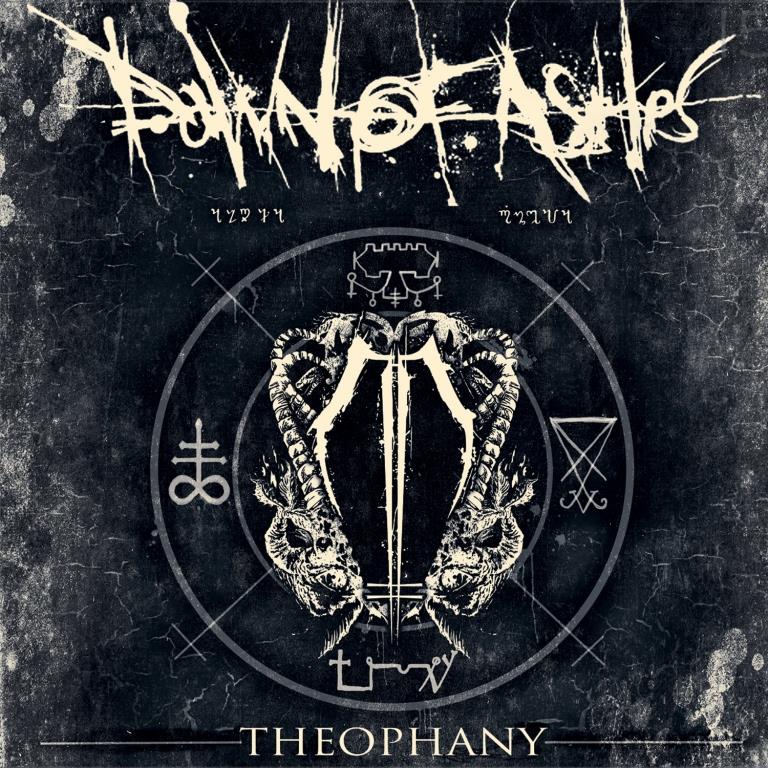 Theophany
by Dawn of Ashes

Dawn of Ashes is a Los Angeles based industrial metal band that also borrows certain elements of sound and aesthetic from black metal. One might take a look at their promo photo below and have some misgivings, and perhaps even more knowing the material was produced from the same studio as Motionless in White and Bleeding Through. However, their latest offering, Theophany, though far from perfect, has a lot for you to enjoy.

I hear a number of influences at play on this album from various realms of electronic and industrial music. The most obvious one, given the closing cover of “Last,” is Nine Inch Nails. But more so I hear aggro groups like Combichrist and Mindless Faith, particularly on tracks like "Equilibrium" and "Still Born Defect" which sound like underground vampire raves.  I can also hear those more oriented towards extreme music like Tyrant of Death. The vocal approach, though largely in a modernized black metal style, is actually quite similar in many ways to the performance on Ascendancy.

Speaking of which, the screams on this album are on another level. The way they move from the higher register shrieks all the way down to a deep, chest-sitting growl gives me chills. All it took was the first few moments of “Tribe of Chemosh” to convince me that I should invest my time in this album. I will say that the lyrics could be better, and I could do without some of the filler “Rawr!”'s and “F@#k Yeah!”'s, but the delivery mostly makes up for it.  The band even proves they can hold up to their strengths in a more or less straight black metal effort with "Enter the Vortex."

Musically, Theophany is a dense patchwork of chugging, industrial guitars a la Fear Factory and Rammstein combined with the usual amount of dark, machine-like synthesizers. When met with the intensity of these extreme vocals, it's a recipe for destruction. I am still concerned that Dawn of Ashes has been designed in such a way as to be devoured by the scene crowd, but the fact remains that they have put out some good music on this album. My hope is that they will continue to mine the depths of their roots rather than settling to be just another image and brand.