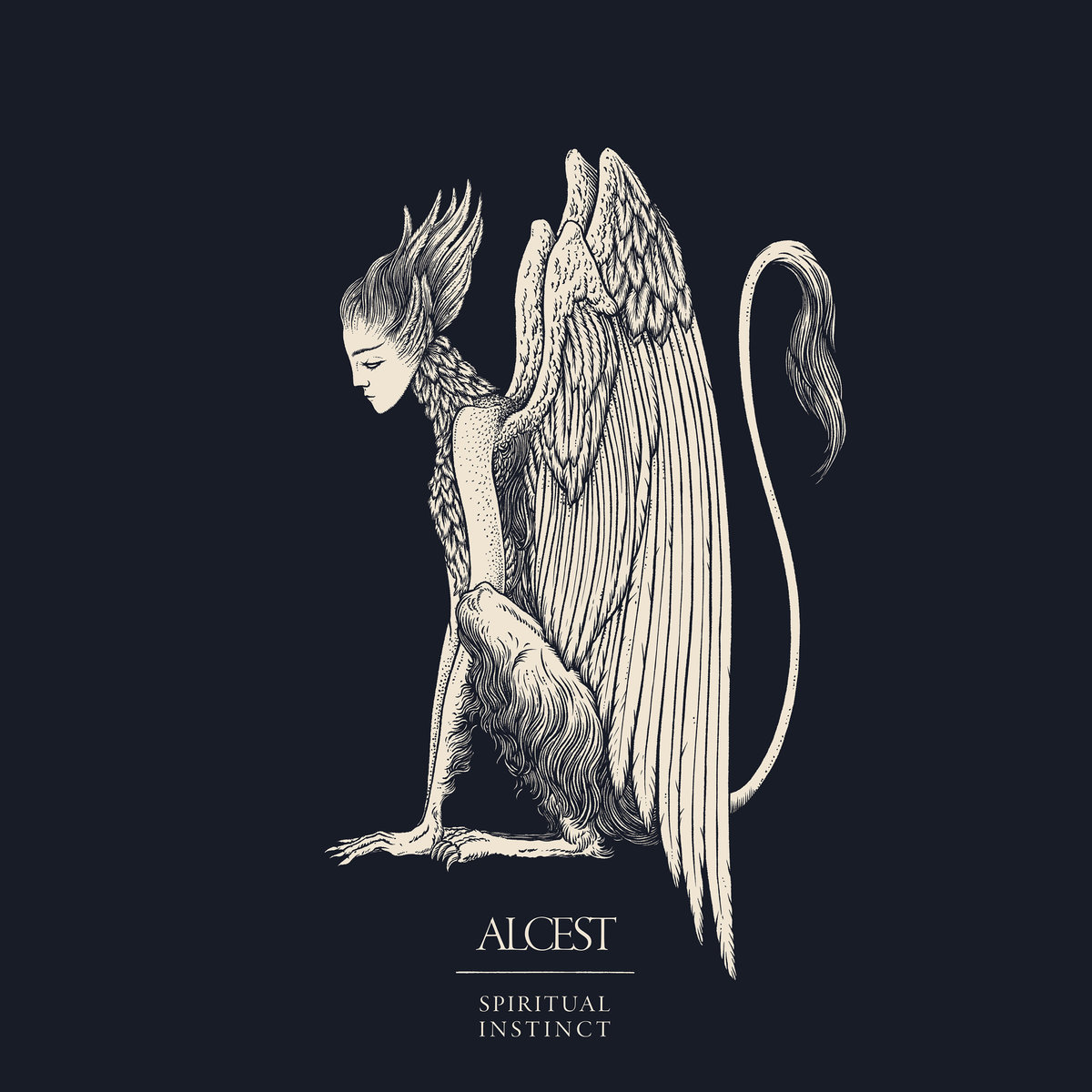 Alcest has been one of the most consistent bands around when it comes to the merging of shoegaze and black metal, with each of their records emphasizing different ends of the spectrum.  Where their earlier releases kept a lot of black metal’s trademark harshness, by the time Shelter came around in 2014 the band had stripped much of this away in favor of brighter melodies and pop aspirations.  In recent years Alcest has returned to a merging of these harsh and mellow elements, with Spiritual Instinct pushing outwards naturally from 2016’s Kodama.  It may not be drastically tweaking the formula compared to some of their past discography, but the hooks remain as compelling as before and with the perfect balance of darker atmosphere and soaring melodies Spiritual Instinct provides plenty to dive into.

While the overall tone may be a bit darker compared to some of Alcest’s more recent discography, don’t necessarily go into this one thinking that they’ve done a full shift back towards metal.  Neige’s musical vision remains as melodically oriented as ever with quite a few pop hooks, but there remains an aggressive backbone at key moments that holds everything together.  Blasting drumming and waves of distorted guitar that recall the group’s black metal roots still come through on tracks like “Les jardins de minuit”, but the album spends just as much time exploring its mellower side.  In typical Alcest fashion it’s not all dreariness and despair though, as each song has a tendency to build towards much brighter and shimmering climaxes where the fantastical feel washes over you and lifts your mood significantly.  It’s something that Neige has always excelled at and it’s once again put to good use throughout Spiritual Instinct.  One of the flaws of some of the past records has been that they’ve come through better as a complete entity without specific hooks in each song, but that’s been addressed here and the gorgeous textures of “L'île des morts” and the title track continue to play back in my head even when the album isn’t playing.

Neige’s vocal work has always been one of the driving forces of Alcest, as his softer singing has always had a mysterious feel that draws you in from one verse to the next.  While the singing often dominated over the past few releases, Kodama did showcase a return to screaming during a few key moments and that’s been increased on Spiritual Instinct.  Just as the instrumentals start to ramp up Neige has the tendency to break into a scream that still has the same power and emotion that he was able to hook listeners with over a decade and a half ago.  It’s great to see that even after all these years Alcest can balance the sheer emotion and dreamlike qualities into a truly compelling package.

At this point in their career it’s unclear if we’ll get another curveball like Shelter, but six albums in Neige has maintained that perfect balance between the icy cold waves of black metal and dreamlike shoegaze, with a little bit of pop and art rock flair added in for stylistic measure.  The hooks are just as strong if not stronger than anything off of Kodama, and this is another strong showing for a band that rarely disappoints.  Alcest is easy to turn on and get lost in, and they’re still just as exciting for new and established listeners alike.  Spiritual Instinct is available from Nuclear Blast.