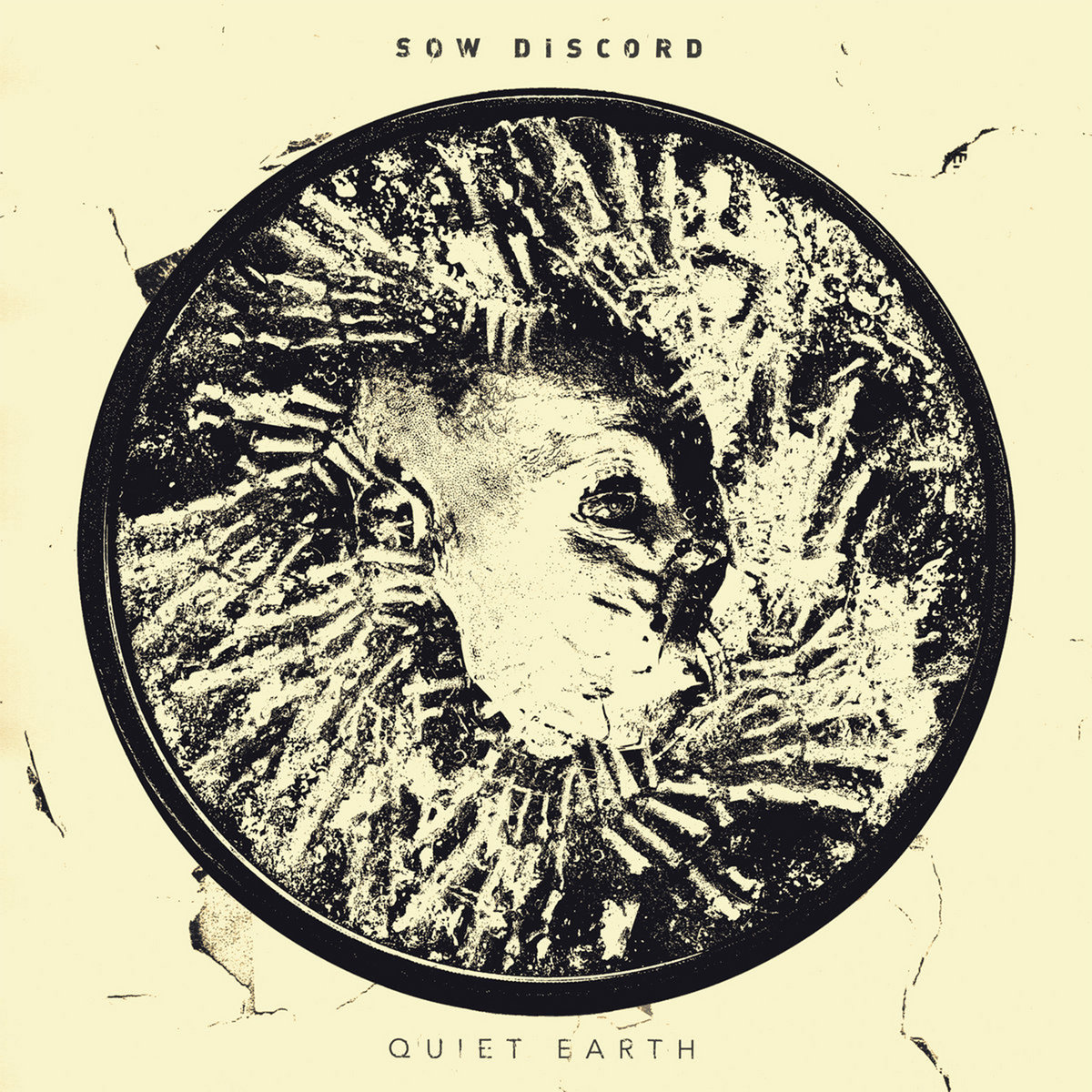 While Sow Discord has regularly been putting out EP’s and split releases since 2015, it wasn’t until July of last year when David Coen’s (Whitehorse) solo project released a proper full length titled Quiet Earth.  Now reissued by Tartarus Records, listeners now have another chance at diving into this harsh and desolate sounding record that blends power electronics, death industrial, and drone.  It’s the type of recording that feels exhausting by the end as one explores the layers of creepy ambiance and violent bursts of rhythm, but those who enjoy this type of material will find that Sow Discord has plenty to offer.

Quiet Earth is a very dark and desolate listen, often sounding as though it’s representing both the ongoing collapse of civilization and its final ruined state depending on what song you’re listening to.  The way that the electronics ebb and flow create a consistent state of tension, making you likely to look over your shoulder even during what appears to be an otherwise calm moment.  Sow Discord achieves this through layers of instrumentation that alternate between more freeform, droning moments and pulsing rhythm heavy passages.  The droning pieces aren’t quite as abstract and minimalist as artists like Young Hustlers or IRM, but there are some similar textures to the layers and how harsh the overall sound is.  When Quiet Earth does whip things up into a more methodical, pulsing rhythm the material recalls Trepaneringsritualen, though there’s a little bit of hip hop to the approach rather than the pure industrial leanings one might expect.  There is a lot to take in and for those unfamiliar with power electronics or its extended genres this might prove to be a bit underwhelming, but for the right type of listener there are some truly haunting and claustrophobic moments that will stick with you.  Coen has brought in Ben Andrews (My Disco / Agents Of Abhorrence) on guitar throughout the album, and the distortion of the guitar blends well with the nightmarish tones of the electronics.  Ethan Lee McCarthy also appears on the track “Watching From the Centre” under his Many Blessings name, and this is a particular highlight with how the machinelike electronics crash and reconstruct over time.

In this type of harsh electronic and ambient music, vocals can take many forms but there’s usually a healthy amount of distortion over them.  This is the area where Sow Discord drew me in the most initially, as Coen’s vocals are distorted but come through as whispers and spoken word that sound like a serial killer.  Having spent a good deal of time listening to the likes of Agonal Lust, Survival Unit, and Young Hustlers recently I came into Quiet Earth expecting a much harsher and louder approach to vocals, so the fact that the spoken word here generated just as much unease and dread really made the material stand out.  There are some more abrasive growls used on a few of the songs that bring in more violent textures, and Chip King’s (The Body) familiar high-pitched shriek on “An Eroded Fortune” makes that track a particular highlight.

Given how dense some of the layers are and the claustrophobic feel, I expect plenty of our readers to bounce off Sow Discord’s debut.  But if you’ve cut your teeth on death industrial, power electronics, or the more experimental and abrasive sides of electronic music, this is an easy must listen that finds Coen really building on the foundation of those EP’s and developing them into truly haunting soundscapes.  I originally planned on reviewing this one closer to its February release date but found that this one needed even more time to fully explore.  Quiet Earth is available from Tartarus Records and AR53.