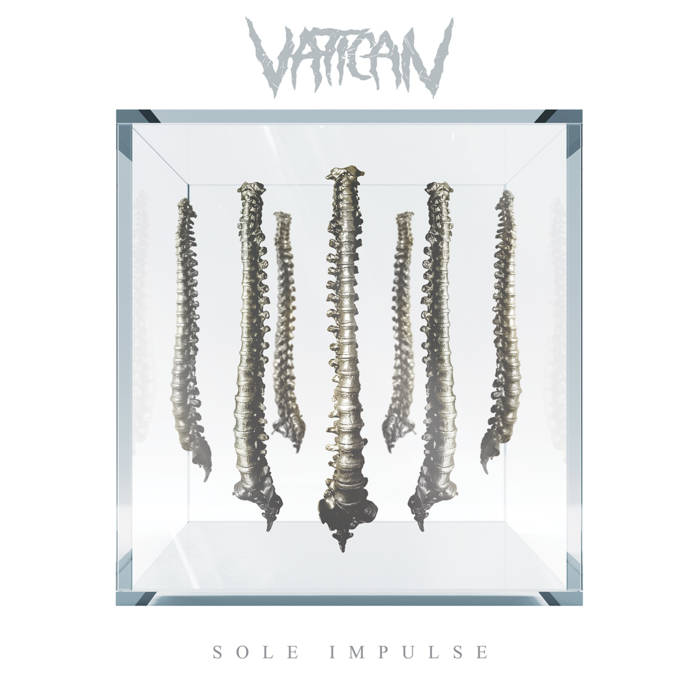 What I Like: This is one of the heaviest metalcore albums of the year. While I've greatly enjoyed comeback releases from catchier, more melodic groups like Killswitch Engage and As I Lay Daying, those have nothing on the workout fuel that is Sole Impulse. In this respect, Vatican have much more in common with the likes of Harms Way. Bruising riffs and nigh blackened snarls often border on deathcore in their brutality. The scratchy, squeely guitars on "Ex Nihilo" even draw pleasant comparisons to Vein. And while you won't find any sing-along choruses, there are a handful of more melodic moments as with the very early 00's spoken word and subtle string implementation later into "Cognition Rendered Dead." And while I tend to cring hard at the use of rap in metal, its brief use in "Cyanide Divinity" alongside the Within The Ruins-y singing is tasteful and effective.

Critiques: If I'm stacking this up against some of my favorite metalcore and metallic hardcore releases of the past 2 years, I'm not sure about Sole Impulse's comparative staying power.  It could use just a little more something-something to help it stand out from the pack.

The Verdict: At just over 30 minutes, Sole Impulse is a tightened fist ready to unleash some serious damage. Vatican were not a band I was previously aware of, but having heard this material, they deserve to have their name up there with other newschool giants like Code Orange. Give it a listen if you can handle it.