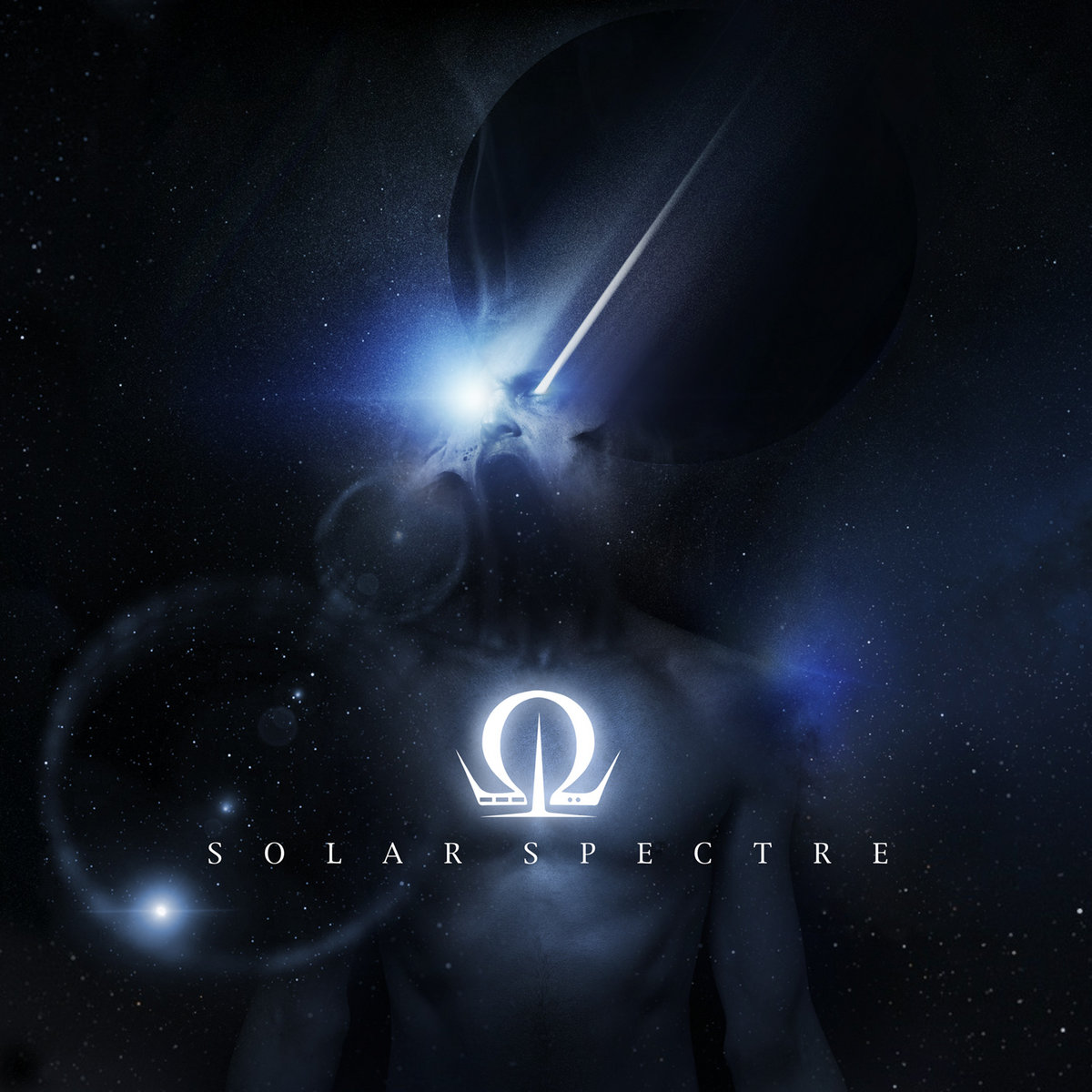 It’s always exciting when a new band emerges from established metal musicians that feels like its own entity rather than retreading the same ideas.  This is exactly the case with Omega Infinity, a collaboration between Tentakel from Todtgelicther and Xenoyr from Ne Obliviscaris that explores the vastness and terrifying qualities of space and the cosmos through dense and atmospheric black and death metal.  On their debut full length Solar Spectre the group rarely gives listeners breathing room, with the onslaught of blasting drums and swirling riffing perfectly capturing the coldest and most impenetrable reaches of our solar system.  It’s a very different listen from either of the two bands these two are known for, but it’s an exciting one that is sure to stick with you for some time to come.

Solar Spectre starts off in a softer fashion, with airier and spacey keyboard melodies giving you a brief opportunity to the mysteries and vastness of our universe before “Mars” unleashes pure destruction.  The sound is downright oppressive, with the guitars and drums working in tandem to blast everything around them into bits while the melodies swirl over top of it that give off a cold and desolate tone.  There’s quite a bit of blasting and chaotic shifts to Omega Infinity’s material which feels appropriate given the subject matter, and even when they do slow things down on “Neptune” with an almost doom leaning tempo the layers of instrumentation are still so dense that it feels hard to catch your breath.  Even though the writing utilizes some similar patterns throughout many of the songs there are a lot of subtle nuances to each one that breaks things up, and each one channels a tone that showcases the differences of each of the planets.  “Venus” and “Saturn” place emphasis on the keyboards with an almost industrial tinge woven into the dense atmosphere and harshness, while the tonality on “Terra” is so low that it could give Meshuggah and a lot of death metal bands a run for their money.  It’s a bit more straightforward in construction than the progressive or avant-garde slants of Todtgelicther and Ne Obliviscaris, but the music on Solar Spectre is no less interesting.  Whether it’s going full steam ahead with chaotic black/death metal or slowing things down towards some doomier moments, there’s always a riff or idea that keeps listeners engaged even as they struggle to hold on for dear life.

Xenoyr channels some of his harshest and powerful screams and growls over the course of the album, with his vocals proving to be so intense that they feel like they could move the planets by themselves.  I’ve always been a fan of black and death metal bands that emphasized the vocals in this way by placing them above the layers of instrumentation rather than letting them drown in it, as it only makes each scream gain that much more intensity.  On “Mars” and “Jupiter” Omega Infinity is joined by Christian Kolf from Owl and Valborg, whose singing pitch is well-suited to the dense nature of the band’s music and adds to the overall atmosphere.  Also appearing is Marta from Todtgelitchter on “Venus” and “Neptune”, and her much softer pitch gives off an ethereal tone that provides an additional dynamic to the band’s sound.  As with the instrumentals, there are quite a few subtle nuances to discover to the vocal work as you make your way through Solar Spectre as the performances are far from one-dimensional.

Omega Infinity’s debut is appropriately bleak and overwhelming, but underneath the chaotic blasting and density are atmospheric melodies that invite you in again and again to discover the wonders and mysteries of the cosmos.  It’s a different direction for both musicians that draws on elements of their other bands while heading in completely new ones, and it’s rare to find this type of project coming out of the gate with such fully formed ideas.  This one has been out for a little over a month now and I’ve found myself thinking about it regularly since then, as there’s some real staying power to the material.  Solar Spectre is available from Season of Mist.