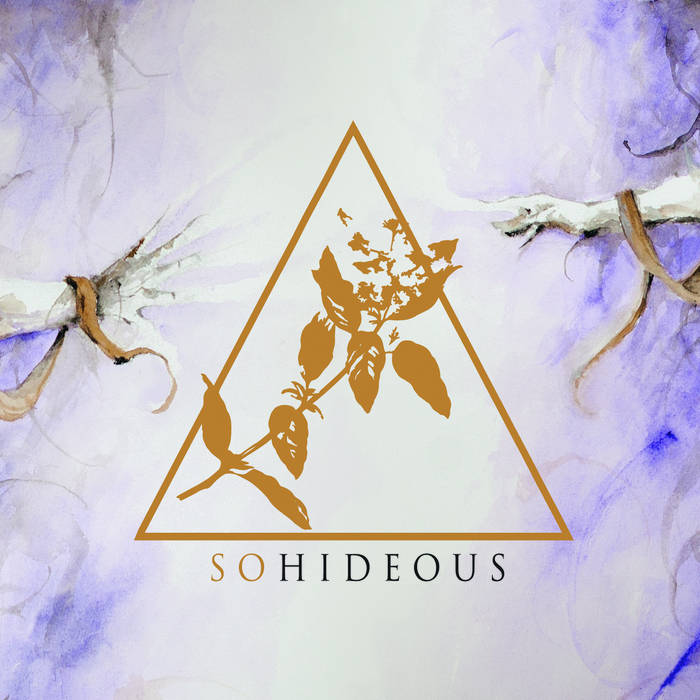 Laurestine
by So Hideous

Time for a little more atmospheric post-black. With their second full release, So Hideous from New York are here to enter the ever-growing fray. Hot on the heels of other artsy hybrid USBM groups like Bosse-De-Nage, Deafheaven, and the oft maligned Liturgy; So Hideous combine elements of post-hardcore, post-rock, alternative, and a very loose, melodic take on black metal. Each group seems to have its own unique stance on the sound, from increased electronics to frenetic drumming. In the case of Laurestine, the flavor is overwhelmingly symphonic.

In fact, what I have read indicates that each song begins life as a piano piece with the orchestration soon to follow. Only then do the guitars, bass, and drums take their own positions. For Laurestine, a thirty-piece orchestra was assembled by the band members, which they call The First Light Orchestra. It consists of brass and string sections as well as a small choir. If that wasn't enough, So Hideous also enlisted Italian illustrator/comic artist Daniel Serra (Shining SW) to complete their vision of the album artwork in watercolor.

The concept of the album, roughly, is the ascent to the afterlife believed to take place during the last 7 minutes of brain activity post mortem. As such, the album has 7 tracks, each utilizing time signatures of 7/8 or 7/4. Brandon Cruz states more in interview:

“The album starts off with our character, who is simply known as "man,” dying at the opening piano notes of Yesteryear. He then begins his journey through an altered sensory landscape where he first notices a laurestine flower [a flower that endures even through the winter months and harsh conditions] and hears a woman's voice. Intrigued, he follows the voice. Laurestine leads “man” through a series of distant memories, fragmented life events juxtaposed with experiences well beyond the scope of his understanding.”

Similar to their peers, this music is very emotion-driven. I can almost taste the sorrow and joy. Perhaps even more so. Gorgeous orchestral instrumentation is complimented by cascades of reverb-soaked tremolos. Indecipherable post hardcore screams and turbulent double bass and toms follow mournful string arrangements. At times, vocals are rendered moot. Tracks like "Hereafter," may be largely instrumental, but are far from what could be called "interludes." That label implies some level of skipability. Don't do it. It's far too beautiful, and every moment of Laurestine is constructed to be heard from start to finish.

In fact, So Hideous' opus is really one cohesive composition broken into movements. Without watching the track listing, one could scarcely identify where one ends and another begins. The exchange is seamless, but never boring. Rather than reveling in ravishing grimness, soundscapes rise and fall, ultimately filled with profound sense of hope and closure. It's like a blockbuster film soundtrack played alongside Ghost Bath, but miles above Moonlover.

I could delve into individual tracks for more detail, but to do so seems counter-intuitive to the aim. Just know that the variety is there while always serving a much greater purpose. I'm hoping to spend a lot more time with this release to truly take in all of the little details and flourishes, but for now I simply encourage you to make with the $7 this album is worth on bandcamp. If you're really feeling hesitant, check out either of the streams below. It comes out tomorrow (10/16/15).