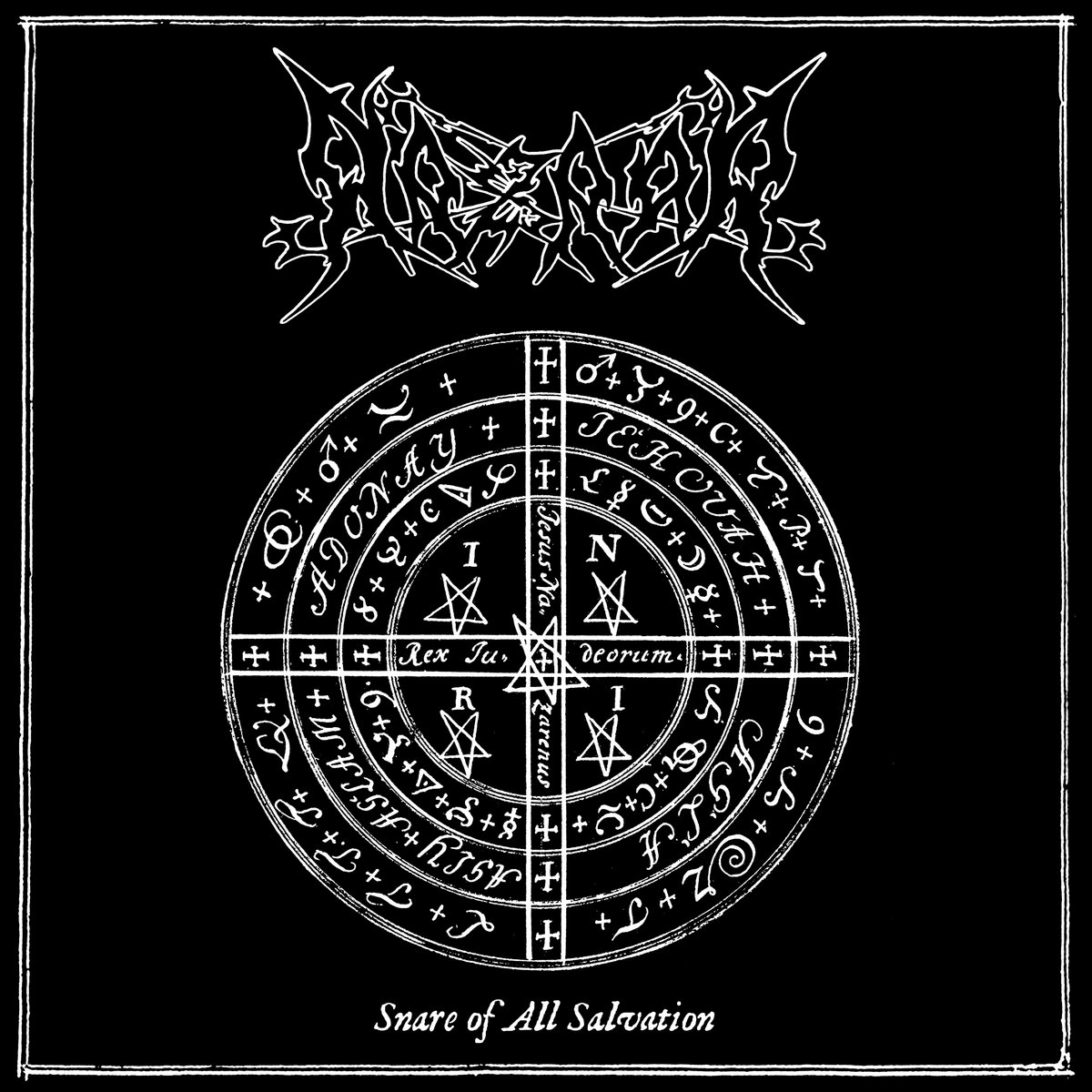 Snare of All Salvation

Snare of All Salvation
by Häxanu

Häxanu may be a new US black metal group but chances are you’re familiar with one of the key players, Alex Poole, who’s been behind bands like Skáphe, Chaos Moon, and Ringarë (to name a few).  This newest group finds him solely responsible for all the instruments, leaving the vocals to a person only referred to as L.C.  On their debut full length Snare of All Salvation, Häxanu goes for relentless blasting and layers of razor-sharp riffing that layer shimmering melodies over top of them.  In some ways the sound and overall approach is a bit more straightforward than some of Poole’s other works, but this release still proves to have plenty of depth to discover after those first few listens.

A short intro leads things off with the sound of wind and an ominous keyboard melody, giving a brief period of calm before “Materia Prima” kicks off the attack.  Where some of the other bands mentioned in the last paragraph went for a much denser and harder to follow writing approach, Häxanu is more straightforward in its attack as it bludgeons with pummeling drumming and guitar work that creates whirlwinds around your eardrums.  There’s equal amounts of aggressive edges and soaring melodies that come together throughout each of the tracks, and the colder atmosphere recalls both the second-wave bands as well as some of the earliest names in U.S. black metal.  The tonality throughout reminded me of some of Judas Iscariot’s later albums, though Snare of All Salvation does it with a bit more polish as the precision of the instruments doesn’t waver from beginning to end.  With the tempos remaining towards the faster end for much of the album it does take a few times through to start to get a feel for the nuances of each track, and the second half does deviate from the established formula a bit more and provide moments of pause where the atmosphere comes across as more mysterious and otherworldly.  Häxanu benefits from an immense mix that makes their riffs sound triumphant as though they’re coming down from the mountain tops, while still allowing the details of the melodies to break through the churning layers.

L.C. has a raspier scream that towers over the recording, and his overall pitch is fairly close to Valder from One Master as it hits some downright ugly tones.  This is black metal as it should be, as each word is full of immense power yet has a tortured feel to it that makes the album all the more unsettling.  Although the higher ranges dominate throughout Snare of All Salvation, there are some moments where Häxanu switches things up slightly and throws in some lower growls that prove to be just as raw.  Where a lot of the bands that likely influenced the creation of this material had a tendency to bury their vocals, here they’re front and center and it really helps in making each song feel as though it could reduce you to dust by its conclusion.

Each of Alex Poole’s projects has remained rooted in black metal but incorporated different elements, giving them a unique identity despite the sheer number of releases coming out every few years.  Häxanu is no different, and the whirlwind of violent riffing and triumphant melodies channels some of the more traditional yet no less interesting Scandinavian and U.S. variants of the genre.  The second half does prove to stick with you a bit more than the first, but there’s plenty of depth to this one beyond the usual second-wave worship and listeners will want to give this some extended time to allow it to entrance and bludgeon them in equal capacity.  Snare of All Salvation is available from Amor Fati Productions.