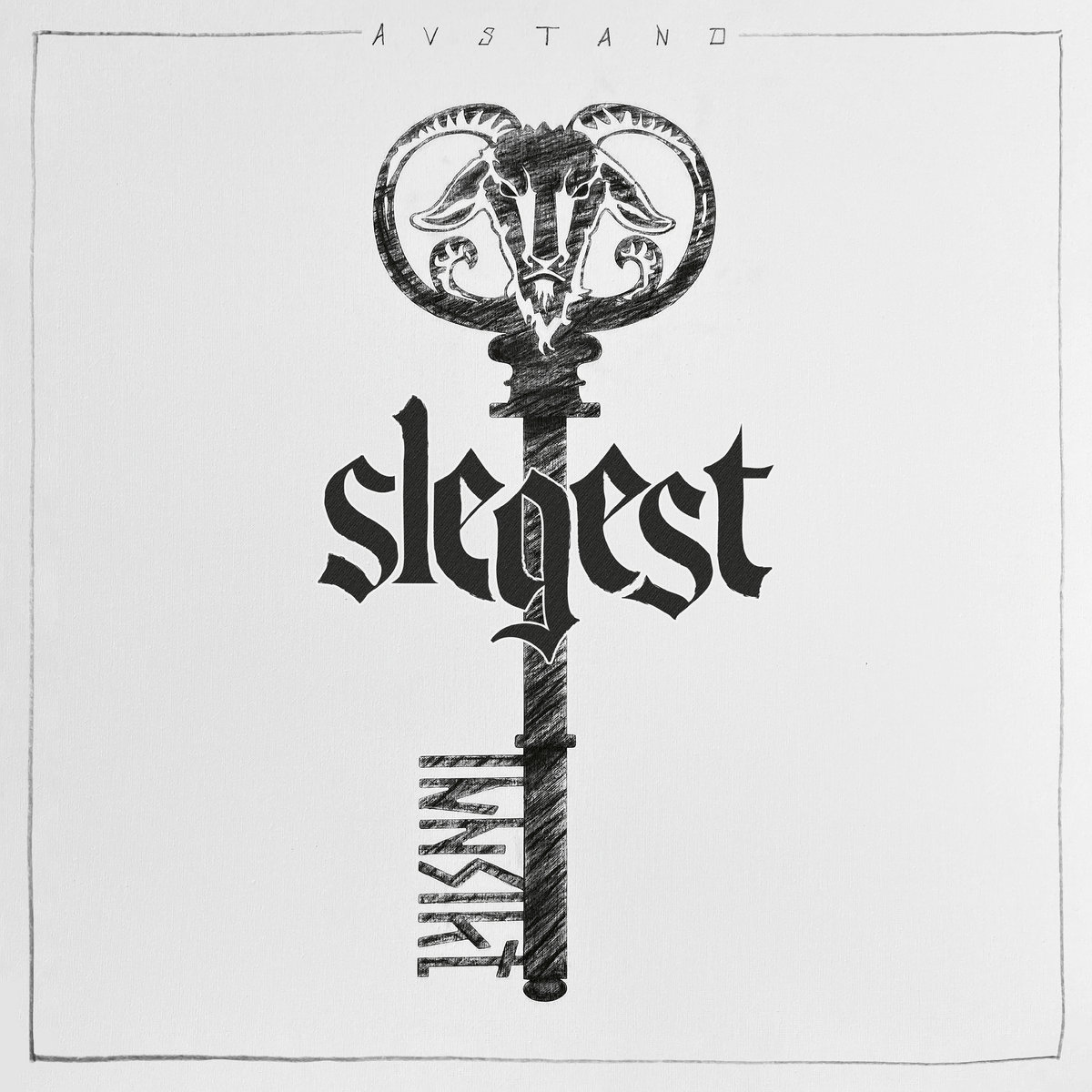 Since their formation in 2010, Norway’s Slegest has fused together black metal’s aggressive and icy exterior with elements of heavy metal, doom, and rock ‘n roll.  Each of their albums has taken this foundation in different directions, sometimes slowing things down a bit more or going for faster tempos.  For album number four, Avstand, Slegest has attempted to offer a bit more diversity in tempo and sound, capturing everything from The Hellacopters sounding garage rock to punk edged black metal.  In the process the band has also tightened up their writing, resulting in one of their most memorable and focused efforts to date.

Slegest’s previous material had moments that stood out to me, but it had some uniformity that didn’t always make the albums distinguishable from start to finish.  Avstand represents a significant leap in that regard, as there are memorable riffs on almost every track.  The band hasn’t necessarily reinvented themselves, as you’ll still hear plenty of second-wave black metal fused with rock ‘n roll, punk, garage rock, heavy metal, and doom, but the general emphasis on faster tempos and a more diverse approach to how these influences are woven in makes the difference.  For the uninitiated, sometimes this gives off hints of Taake’s later albums or bands like Kvelertak or Khold, but Slegest ultimately blazes their own path and heads in enough different directions to stand out.   Tracks like “Vinterkristus” and “Er det deg livet” put more of the black metal tonality front and center with jagged and abrasive tonality mixed with more of a rock ‘n roll rhythm section, while some of the others focus more on melodies and drum patterns that will have you tapping your feet the entire time.  Even at its calmest and most melodic, Avstand still has a rough around the edges feel to it that adds to the appeal and it’s impressive that Slegest has been able to find such a balance between infectiousness and aggressiveness.  There are also some unexpected moments, like the almost jazzier break on “Gåte” which finds horns added into the mix and the cover of boogie rock band Status Quo’s “Oh Baby” that finishes the album off.  It feels strange to describe a black metal adjacent album as fun, but that’s exactly what Slegest gives you and you’ll want to tap your feet and move around even as they get frozen from the icier and raw tonality.

The instrumentation may touch upon plenty of softer, melodic elements, but the vocals keep things on the harsher side of the spectrum for much of Avstand.  Founding guitarist/vocalist Stig has a rougher edged scream that is so abrasive it feels like it can cut holes in your speakers, and this definitely makes it clear that Slegest remain firmly rooted in Norwegian black metal.  There’s a bit of a punk attitude to some of the verses, and the way that the vocals seem to spew outwards makes it more appealing.  At some points Stig reminds me a bit of Nocturno Culto in his delivery, though his voice isn’t quite as deep.  While the harsher approach made me expect that the cover of “Oh Baby” would also have this same vocal style, Slegest switches over to singing that has an almost goth and post punk tone to it.  This was a nice surprise, and it made me wonder just what the rest of the material might sound like with this style added in a bit more often.

Four albums in, Slegest has made some meaningful tweaks to their songwriting that results in some standout material from beginning to end.  They’re still pulling from a familiar set of influences, but the emphasis on slightly faster tempos and diversity of the riffs makes a difference and made Avstand click with me in a way their prior discography didn’t.  Whether you want to call it black ‘n roll, black/doom or anything in between, if you’re looking for black metal’s bite and chill with some foot tapping catchy beats and riffs, this is another early 2023 highlight to check out.  Avstand is available from Dark Essence Records.