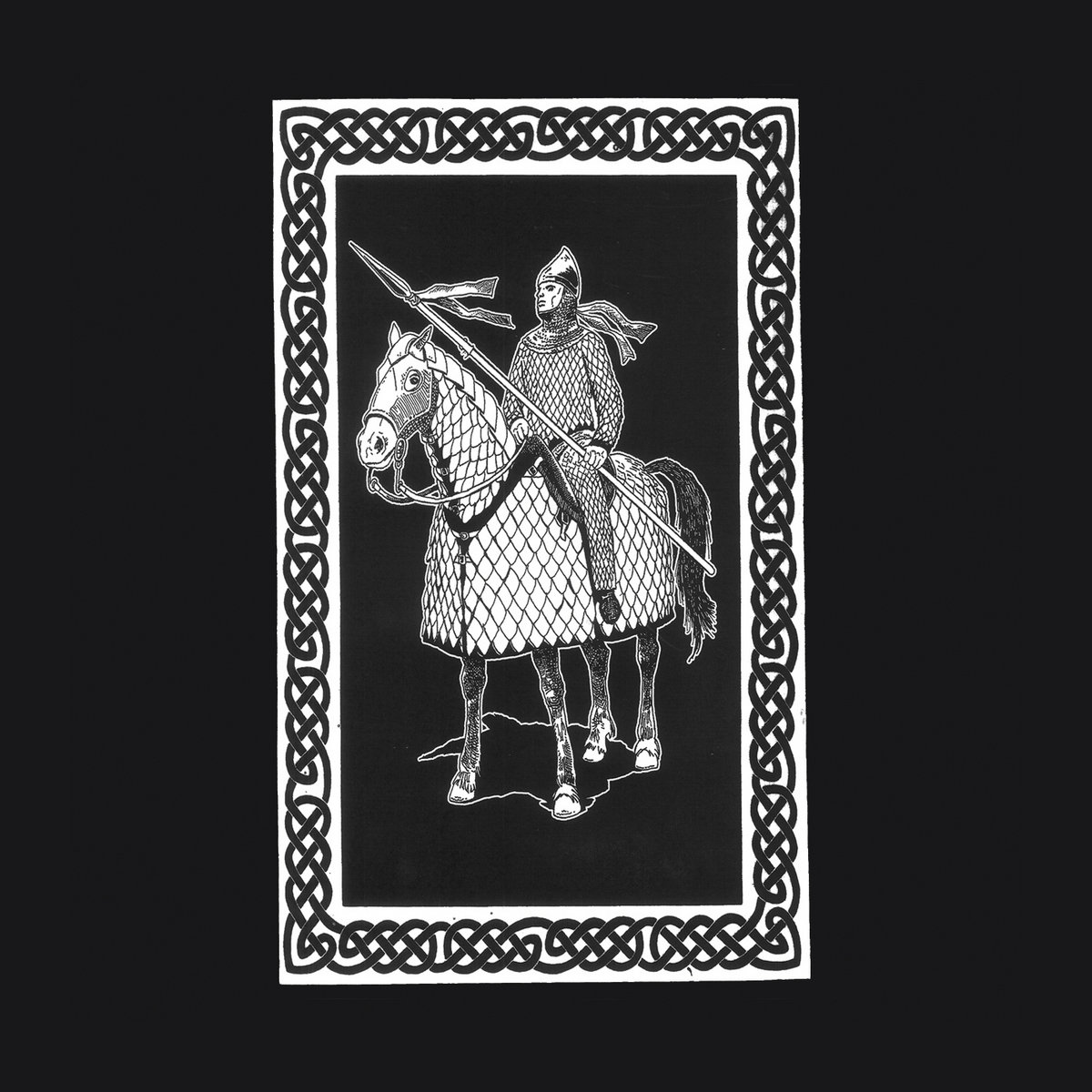 Ordainment of Divinity
by Skeleton

Austin’s Skeleton seems to be maintaining a rapid release pace, as they dropped a new EP titled Ordainment of Divinity back in February after putting out their debut full length back in July.  And they show no sign of slowing down, as this EP contains some material from a yet untitled upcoming set for later in 2021 (though the bio mentions the common tracks between the two will sound different).  Where the self-titled from last year merged black metal, thrash, and punk, Ordainment of Divinity goes for an extremely raw and noisy take on black metal and punk with short bursts that bludgeon your eardrums into bits.

The previous album wasn’t exactly lacking in intensity and abrasive tonality, but Ordainment of Divinity ramps it up significantly with a sound that’s closer to the raw black metal from countries like Portugal and some parts of the United States.  “Opening Rites” might not be what most are expecting coming into this one, as rather than being greeted with blasting or harsher riffs right off the bat instead Skeleton gives listeners some methodical and very medieval sounding dungeon synth with the percussion sounding like a marching army.  But from there the remaining ten minutes that the EP runs for destroy everything in their path, with a dense wall of noisy and abrasive instrumentation moving forth at blasting speeds as well as mid-tempo grooves.  Here the approach is about 50% black metal and 50% punk, with the drums coming through like cannons firing at your speakers with the intent of completely destroying them.  There’s feedback everywhere and the songs tend to strike with one or two riffs before moving onto the next idea, but it’s executed in a way that leaves an impression.  Where some of the songs on the self-titled blurred together for me, there’s a bit more of an identity between them here and given the compact nature of the release that makes sense.  “IV” is probably the most traditional black metal piece, utilizing a lot of second-wave tricks but having a tonality that’s closer to many Finnish bands, delivering just a hint of melody underneath the noise before ending with the sound of gunfire.  It may prove to be a bit too straightforward for some, but the precision and insane amount of noise actually made Ordainment of Divinity stand out a bit more for me than its predecessor.

Skeleton’s vocals have gotten just as raw to match the instrumentals, and while a lot of lo-fi black metal tends to wash out its screams in the mix to the point that they’re difficult to make out that’s not the case here.  The screams and shrieks still have a bit of a punk and hardcore slant to them at times, particularly when it comes to the rhythmic cadence they follow, but the pitches are just as abrasive as your favorite vampire themed raw black metal group.  As is the case with the riffs, “IV” is where the screams take on the more typical black metal approach as well, but everything is so noisy and creepy that it sometimes sounds like evil spirits are coming directly out of this recording.

With this surprise EP Skeleton takes a detour into lo-fi/raw black metal and punk, offering a slightly more straightforward and destructive approach than their last record.  Yet the conciseness and sheer power emanating from these songs make an impression, and they hint at some exciting directions possibly still to come when we get album number two later this year.  It won’t be for everyone, even if you dug the self-titled release, but those who want a knife to the throat with every passing minute will want to see what this material has to offer.  Ordainment of Divinity is available from 20 Buck Spin.