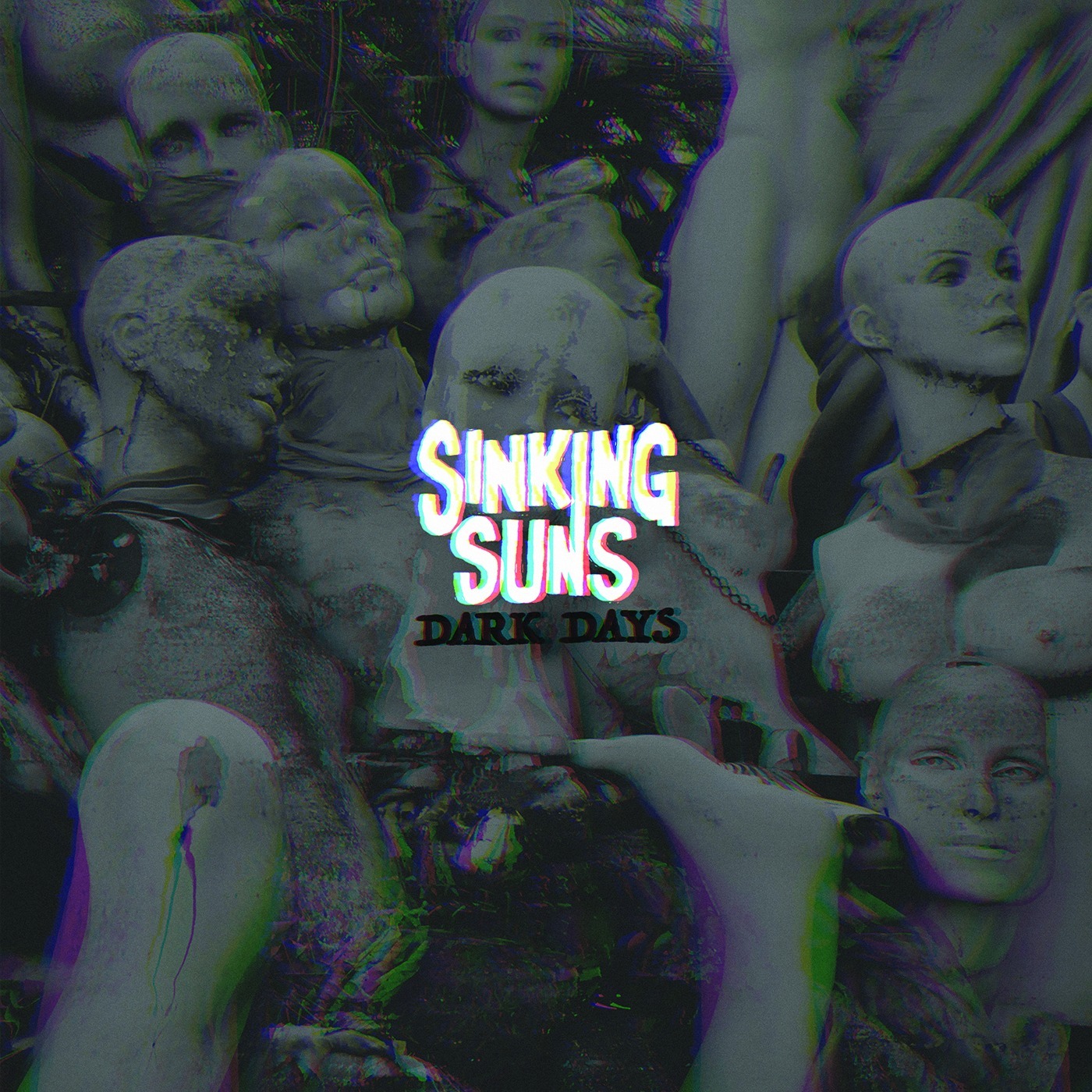 Wisconsin based Sinking Suns has been putting their own spin on noise rock and post punk since 2009, starting off with a heavy Amphetamine Reptile Records influenced sound before branching out on later releases.  For album number three this idea of branching out holds true and Dark Days may just be their most diverse offering yet, as it takes the foundations from 2018’s Bad Vibes and pushes further outwards towards a little bit of everything rock and punk.  Listeners are likely to find a lot of that familiar noise rock DNA at the heart of these songs, but the way that the band seamlessly transitions between them feels a bit different from the norm.  The result is a dark and gritty record that’s certainly not happy by any stretch when you dig to it, yet there’s a catchiness to the instrumentation that will keep people coming back.

Some noise rock bands have softened slightly over the years and explored alternative rock elements alongside the jagged edges but Sinking Suns has kept things gritty and abrasive even when they explore the melodic side of the spectrum.  Opener “Cobwebs” comes roaring out of the gate with a burst of drumming and frantic guitars that transition over to a faster, driving tempo and angular riffing that feels somewhere between 90s noise rock and punk.  But after a few songs it becomes clear that the band is not going to just stick with the tried-and-true sound, as “Asleep by the Fire” slows things down to a slower pace and lets darker guitar melodies twist and turn over top of a lumbering bass line that packs a punch.  During these moments a bluesy atmosphere seeps into Dark Days, and at other points the back and forth of the bass and drums gives off more of a post punk vibe.  It’s an interesting dynamic, as the band move from these slower, introspective tracks into up-tempo numbers that fly by quickly and have punchier rhythms.  Sometimes it reminds me of early Killing Joke or The Birthday Party while other moments still channel a noisy as hell closer to Unsane, but the way that Sinking Suns regularly move from one style to another makes them not feel as though they’re pulling too closely from one particular band.  A few songs do come across as a bit similar during repeat listens, but so many of them have strong hooks that stand out and the brevity of the material makes this an easy album to stick on repeat from beginning to end.

There are multiple vocal styles at work throughout Dark Days that help contribute to the dynamic feeling of the album, and this is one of the main elements that makes certain songs stand out for me.  Initially you’re met with a much rougher and grittier scream/yell that has a noise rock and hardcore feel to it, but once you get to “Asleep by the Fire” the sound shifts significantly.  On this track the singer adopts a very Nick Cave type of singing range, falling somewhere between his unhinged performances with The Birthday Party and the swagger of The Bad Seeds material.  That’s not an easy style to pull off but Sinking Suns does it justice throughout Dark Days and the up-tempo “Monster” even gives off a Nick Cave meets rockabilly vibe.  The remainder of the album transitions between these cleaner and rougher vocal pitches in a way that feels seamless, so even when you get much rougher almost screamed verses on “Savage Moments” everything still flows together well.

Dark Days lives up to its title, as even when the guitars head towards some slightly melodies the bass and drums keep things on the abrasive side and the vocals consistently have a sense of darkness and grit to them.  Yet it all comes together in a way that I’d describe as catchy, with the moves between noise rock, post punk, and everything in between offering up plenty of specific moments that stand out on repeat listens.  At thirty-two minutes in length the album flies by quickly, but Sinking Suns crams a lot of ideas into that period of time and it’s clear they’ve refined their approach while also lettings additional styles flow naturally into their writing.  Dark Days is available from Reptilian Records.