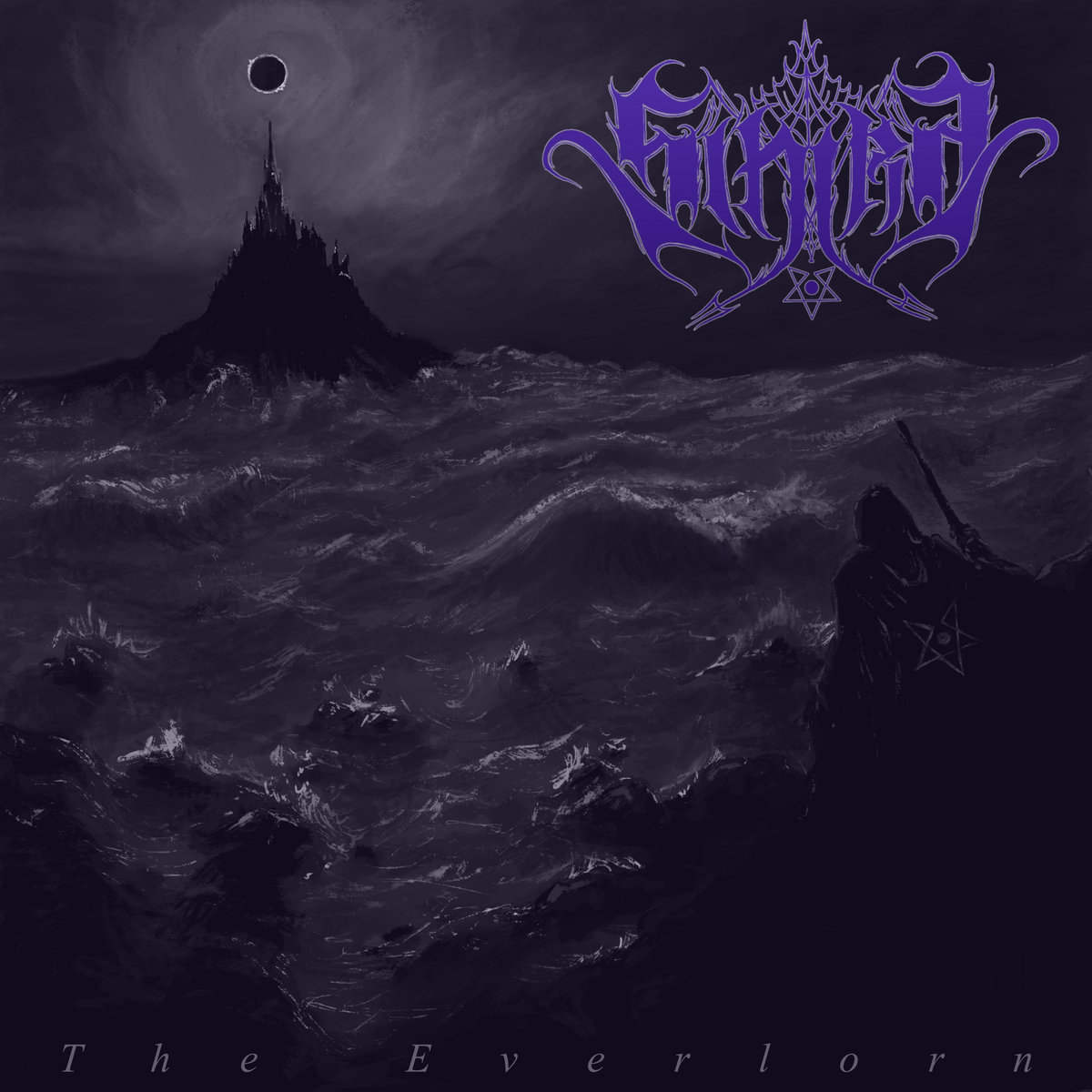 There’s something about the frigid tonality and soaring melodies that have a rougher edge to them that continue to make the melodic variants of black metal so appealing.  Newcomer Sinira clearly feels this same way, as the one-man band from Texas takes on the fast paced yet atmospheric take on the sound that Sweden pioneered throughout the 90s on debut album The Everlorn.  Originally released last year and picked up by respected label Northern Silence for expanded distribution, Sinira is utilizing well-tread ground but does it with such passion and understanding of what makes the style work that listeners are still likely to be drawn in.

Given the unexpected cold snap and snow parts of Texas experienced in recent months, perhaps it’s appropriate that The Everlorn has an icy chill and often sounds like it was captured on a frozen tundra.  Band creator Knell is pulling from some very familiar territory that attempts to do justice to some of the best melodic black metal Sweden had to offer decades ago, including the likes of Dissection, Sacramentum, and even some early Naglfar.  As you might expect from those influences, the songwriting emphasizes equal amounts of fast paced blasting where aggressive layers are mixed in with melodies that reach stunning heights along with slower moments where the atmosphere is able to expand outwards a bit more.  Knell also lets the layers fade away at times, incorporating some acoustic guitar for some interludes that help to break up the attack a bit more and give the songs a consistent build-up as they approach their peaks.  Although the writing skews towards longer track lengths, which I sometimes find to not be justified in black metal, there’s enough variation throughout The Everlorn that this manages to work to the band’s advantage.  There is room to further differentiate Sinira from its inspirations though, and I think this is where the group can really grow in the coming years.  Plus, I’d like to see some real drums over programmed drums, but that may just be more of a personal preference.

Knell’s vocals stick towards the raspier side, coming through as very distorted screams that come through in quick and sharp waves with plenty of lengthy instrumental passages in between.  This approach works well as it allows each verse to add to the building intensity that the instrumentals are creating, coming through as an extension of the abrasive edges of the guitars without becoming too repetitive.  While the pitch sticks at around the same level for most of The Everlorn, it suits the sound that Sinira is going for throughout the album and with the recording giving just enough space for the screams to stand above the pummeling layers it makes a big difference.

Although there are some times where Sinira falls a little too close to its influences, it’s hard to deny the attraction this type of melodic black metal has when performed this well and the fact that it’s all put together by a single person adds to the impressiveness.  It’ll be interesting to see how Knell is able to step forward and give this band its own identity in the years to come, but this is a very strong start that fans of Dissection would be recommended to seek out.  The Everlorn is available from Northern Silence Productions.