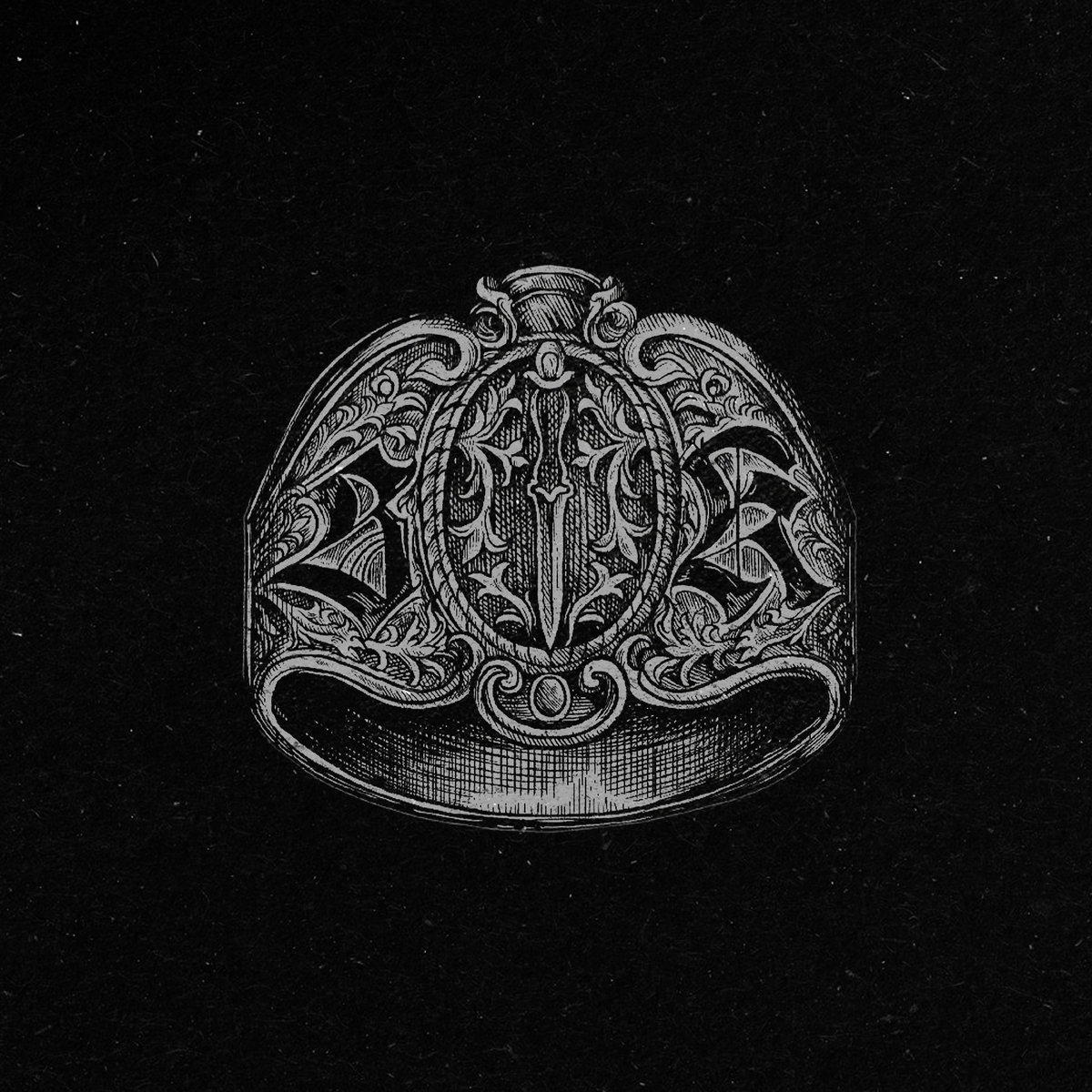 Silver Knife came out of nowhere in 2020, offering up a whirlwind of black metal that focused just as much on melancholy and somber textures as it did on the traditional blasting and jagged riffing that listeners expect from the genre.  Made up of musicians from Belgium, France, and the Netherlands that have been a part of Laster, Hypothermia, Cult of Erinyes, and Paramnesia (to name just a handful), the group’s debut Unyielding / Unseeing pulled from some similar elements as some of those groups but expanded outwards towards its own vision.  Two years later Silver Knife has returned with Ring, an EP that contains material written during the same sessions as the full length but wasn’t given the studio treatment until more recently.  Given its origins the two songs here sometimes feel more like a coda to Unyielding / Unseeing rather than a true evolution, but they still end up just as entrancing and showcase why this band remains so exciting at this early stage.

Just like its predecessor, Ring opens with an incredibly harsh and distorted scream/shriek that sets the stage for what is to come.  It’s the type of opening that may catch some off-guard and Silver Knife continues to utilize it to great effect, but where “Ecomimesis” diverges from this point onward is in its tempo.  This song starts off at a fast, chaotic pace where it feels like a whirlwind of rapid-fire riffs and sweeping melodies are weaving a path of destruction around your eardrums.  It’s just as entrancing as before, with genuinely sad sounding melodies being thrown at listeners so quickly that they feel weaponized.  Underneath the dense layers and elements working together to disorient you, there’s some genuine beauty to be found here and Silver Knife once again provides brief periods of respite that reinforce this.  It does take “Ecomimesis” a little bit longer to sink its fangs in compared to the immediacy of Unyielding / Unseeing, as the melodies around the three quarter make reach some truly majestic levels that make it feel like you’re riding a tsunami wave right into the sun.  “Recalcitrant” retains the violence but spends a bit more time on the softer and reflective side of the spectrum, letting the blasts give way to dense melodies that recall the feedback and layers of shoegaze and post rock while still letting black metal drive things forward.  These two tracks fit naturally with the full-length, and if you played them back-to-back, I think it would sound seamless.  The biggest change comes in the form of some recording tweaks, as the snare drum and cymbals are much more prominent and give off a slightly warmer and looser sound.  Admittedly neither track has that immediate wow factor that some of the songs from the debut did, instead waiting until the halfway or three-quarter mark to truly hook you, but once it does you’ll continue wanting more.

While there is plenty of melody to be found within the instrumentation, the vocals have always skewed towards the most abrasive pitches out there and that’s once again the case throughout Ring.  As mentioned in the previous paragraph, the very first sound you’re greeted with upon hitting play is an ear-piercing shriek that sets the tone almost immediately.  In my review of Unyielding / Unseeing I was pretty sure this was coming from N. of Laster, as the abrasiveness had a lot of similarities, and I think that this is true on Ring as well.  But having spent a bit more time with Déhà’s solo work in the time that has passed since that album, I also recognize some of his tortured screaming pitches as well.  I’ll have to go back and see if that’s the case for Unyielding / Unseeing and I missed it, but regardless the slight deviation between the extremity of these pitches works well together and helps to make the sound more immense.  Despite the two songs coming from the same time period, the vocals are a bit more washed out and buried under the layers on “Recalcitrant”, and I did find myself just wanting a bit more clarity on this piece.

Ring may take just a little bit longer to sink in compared to some of the material from its predecessor, but it’s a natural complement and anyone that found themselves drawn into what Silver Knife had to offer on that effort will not be disappointed.  This type of black metal has plenty to discover beneath its abrasive exterior, and it’s interesting to hear just how this band is able to diverge from the numerous others its members are involved in.  Seeing how productive these musicians are from year to year, I can’t help but wonder if this coda to the Unyielding / Unseeing will also serve as a teaser to even more material that isn’t too far off on the horizon.  Ring is available from Amor Fati Productions and Extraconscious Records.