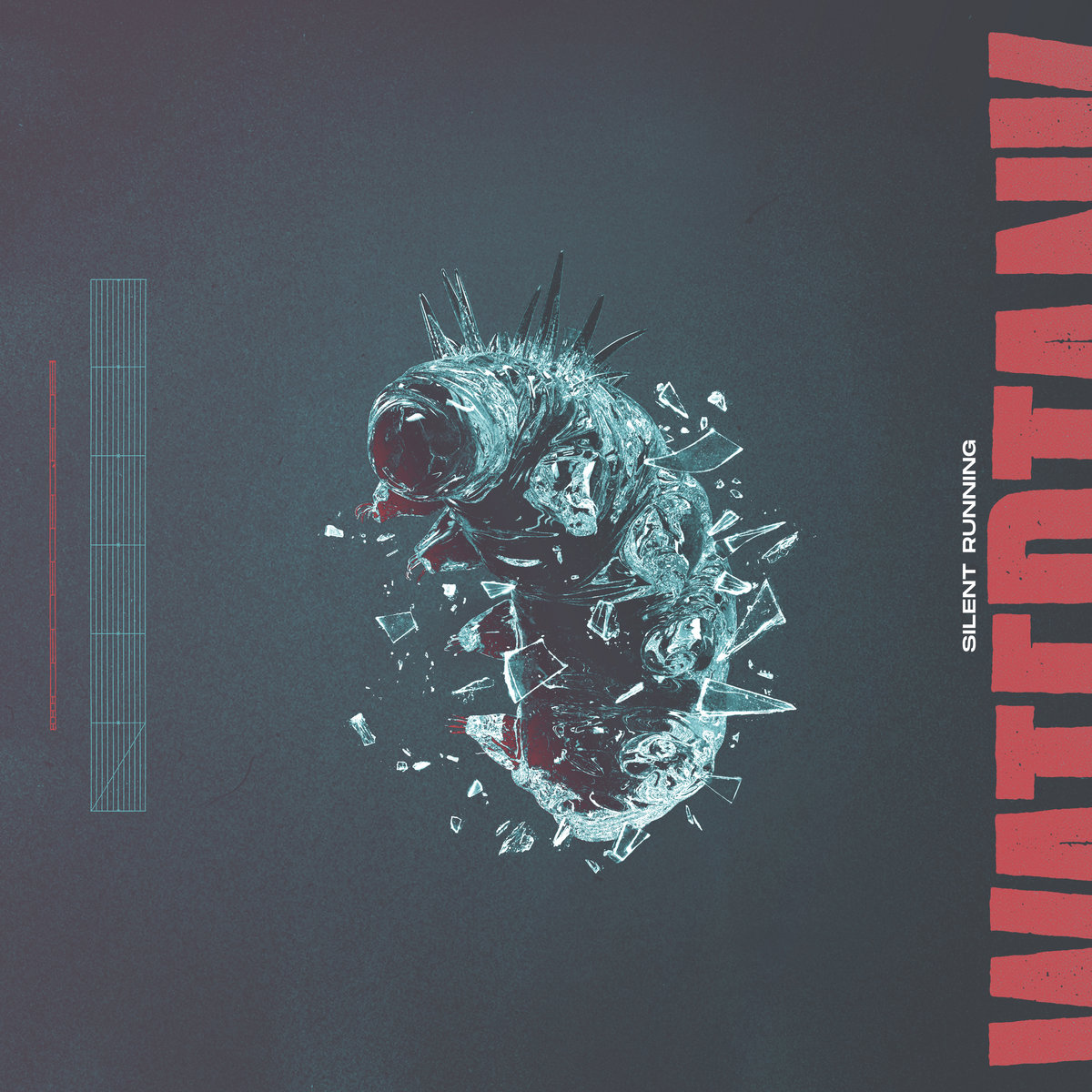 France seems to have a lock on noise and alternative rock that perfectly captures the tonality and vibe of the 90s, with this year bringing us new albums from Untitled With Drums and Watertank that feel nostalgic while still coming through as relevant.  Where the former went almost full-on alternative rock and had some hints of grunge, the latter moves from noisy pop hooks to shimmering shoegaze from one song to the next.  Since their last album Destination Unknown back in 2015, Watertank has been through some lineup and this has further shifted their sound from post hardcore and noisier roots towards gorgeous, melancholic alt-rock melodies and just the right hint of abrasiveness.  The resulting effort Silent Running is a quick listen with short and to the point songs, but the hooks sink in quickly and will have listeners spinning this album again and again.

Let’s get some of the obvious comparisons out of the way first, as when the band doubles down on noisier guitar and bass work they come through sounding like Torche.  Both groups have clearly spent a good deal of time listening to the some of the same noise rock from the 90s, and Watertank has the same knack for lumbering, bottom heavy instrumentation with soaring pop melodies layered over top of them.  But that’s only one part of the overall sound on Silent Running, as there is just as much time spent on the mellower end of the spectrum.  Songs like “The Ejector Side” and “Building World” slow things down a bit and let airier guitar melodies spread outwards until they reach levels that completely wash over you, channeling equal amounts of shoegaze and space rock influence.  There’s a crunchiness to the tonality that reminds me of a whole slew of 90s albums, and the hazier melancholy of the softest moments hits the spot just as often as the much louder ones.  Admittedly sometimes it’s a little too familiar, and given the brevity of the songs some of them bleed into the next, but this is outweighed by just how strong and infectious some of the hooks are when Watertank reaches their highest peaks.  It’s also worth mentioning that Silent Running ends in an unexpected manner, as “Cryptobiosis” builds up to soaring guitar work and suddenly saxophone comes in to finish things off.  This is an element I didn’t know I wanted in this type of music, but it works extremely well and makes the album stick in your head as it comes to its conclusion.

What stood out to me the first time through Silent Running was the singing, as it’s one of Watertank’s stronger elements.  There’s a lighter texture to the singing that allows it to soar over top of the material and add to the atmosphere that the guitar work is creating, but when the band ups the heaviness the energy level of the vocals shoots up as well and it’s able to take a more direct and in your face approach.  It can be hard to get this balance right in noise rock and post hardcore, as sometimes the vocals end up being too light and get drowned out by the rest of the band, but this isn’t the case here and there are specific passages that have remained in my head with each time through the album.

Watertank has continued to veer towards softer alternative rock and shoegaze melodies while still retaining the bottom heaviness and slight jagged edges of noise rock.  While a few of the quicker tracks to run together slightly, the amount of material that does stand out elevates this album above some of the others that have come out this year and makes for a fun and engaging listen.  This feels like a band tailor made for my set of musical tastes, and it’ll be exciting to see where this incarnation goes in the coming years as they keep moving forward.  Silent Running is available from Atypeek Music.