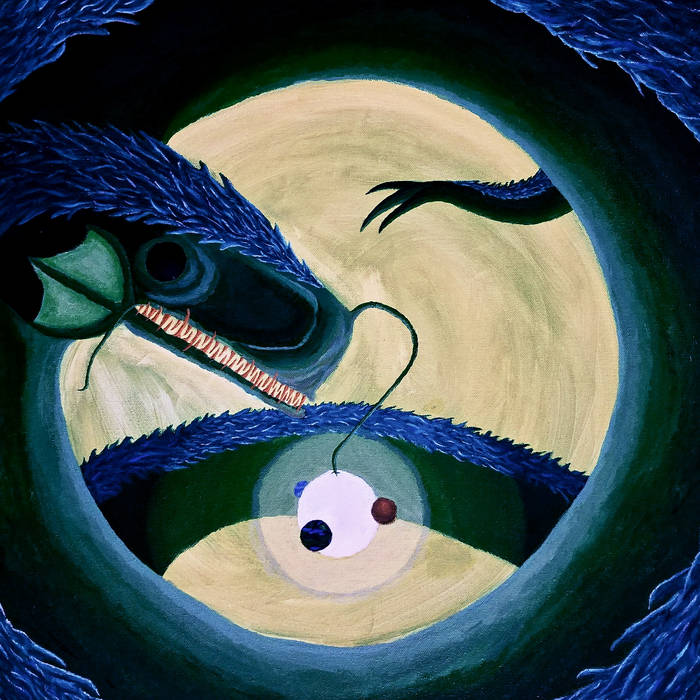 The Pitch: Estuarine is a "brutal avant-garde metal entity" formed in Tampa, Florida. Their sound is self-described as "a psychedelic whirlwind of blackened deathgrind that lapses into various other genres...accompanied by lyrics detailing a soul's ascendance to godhood." FFO: Gorod, Balance Interruption, Black Harvest

What I Like: Sic Erat Scriptum is, to put it simply, absolute madness. It's an inescapable, shapeshifting beast that is virtually unclassifiable within the usual constraints. You can blame bands like Estuarine for the pretentious 5 word genre tags out there. If I could take a stab at it myself, "avant-garde technical progressive blackened psychedelic death metal" captures at least 50% of what's going on here. Instrumentation runs the gamut from rock-infused progressive metal to 1000 rpm technical death metal. "Panthalassa" has a riff that sounds like an electric, black metal banjo before erupting into a ferociously psychedelic solo. Ultimately, I think that the cover art does a decent job of teasing the sound with its mishmashed serpent-monster; equal parts elegant beauty and ghastly deterrence.

Critiques: At over an hour, it's a little on the long side; especially when you get into the 10+ minute closing tracks. Even so, with the incredible level of diversity things never get boring or repepetetive. It feels much shorter than it actually is.

The Verdict: Sic Erat Scriptum is an amazingly accomplished album that I plan on sneaking onto my 2nd half of 2018 lists despite it coming out in January. Estuarine are masters of inventive composition, jaw-dropping performances, and perhaps most importantly, molding all of these elements into highly palatable, consistent songwriting. Buy this album and be sure to follow them on Bandcamp. Name your own price for download.