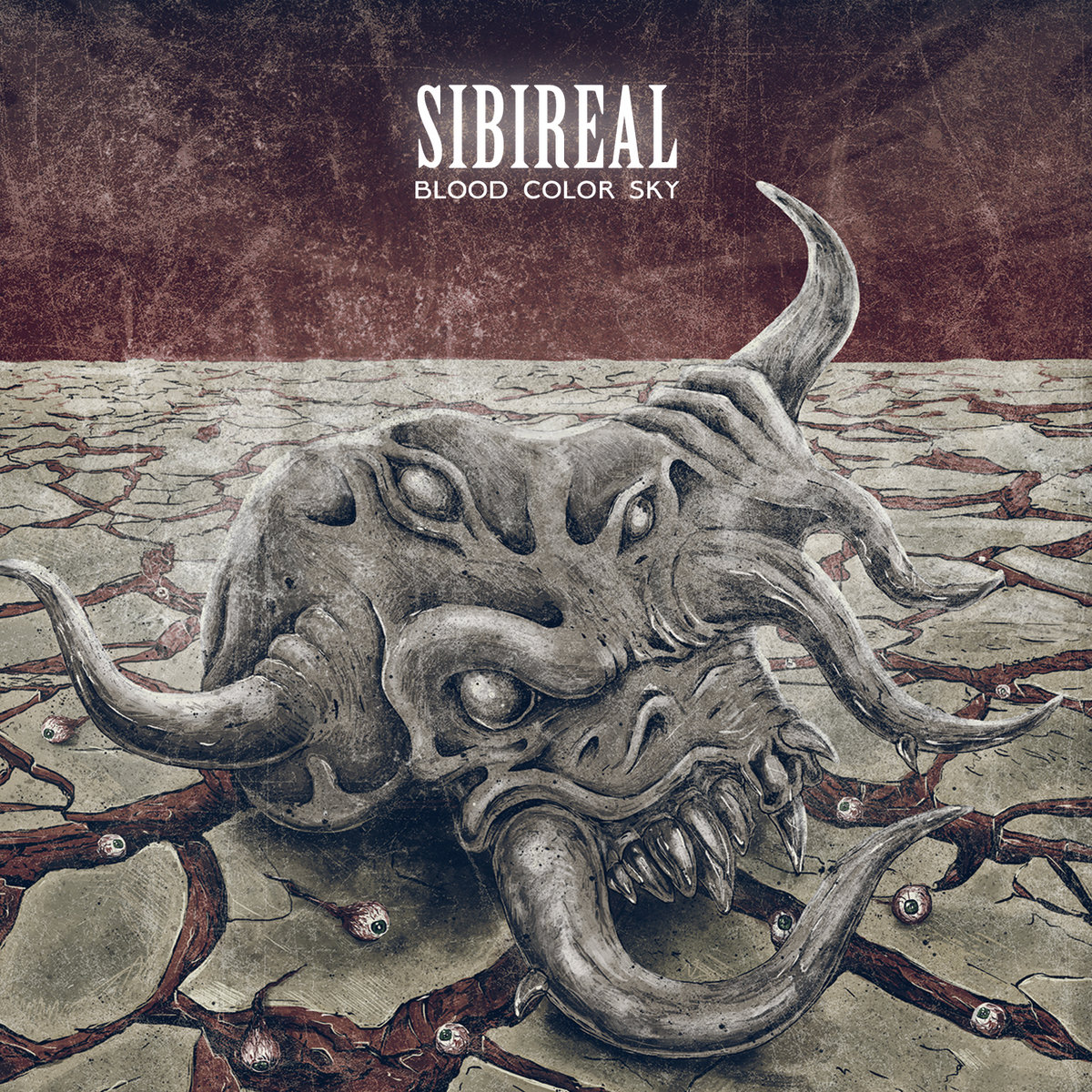 Russian band Sibireal formed back in 2013, with roots extending as far back to 2008 when they went under the name Истерия.  Despite being around for this long it wouldn’t be until 2017 when they released their first EP, and three years later the group followed it up with full-length Blood Color Sky.  While tagged as a black/thrash band,Sibireal combines these two styles in a different way than many of their peers with a distinctive divide between black metal and thrash from one song to the next.  Although it’s an album that has a very rough around the edges feel and a little sloppiness at times, the further into Blood Color Sky you get the more appealing it becomes.

This is one of those releases where you have zero idea what you’re in for from the intro, as “Aktilirauw” has tribal sounding drumming and chanting that sounds like it has some Native American influence.  It’s a little like Cult of Fire meets the opening to “Firewater” on Whiplash’s Unborn Again.  But once the title track kicks in all bets are off, with the instrumentals going completely to the thrash side of the spectrum with faster guitar playing and some tonality that occasionally leans into death metal and black metal.  Admittedly when the band hits full speed on this track there’s a little bit of sloppiness, with the instrumentation sounding like it’s on the verge of imploding.  The further into Blood Color Sky you get the more variety Sibireal throws at you, making this a true rollercoaster ride of extreme metal.  There are transitions into 90s black metal and even some traditional heavy metal, with the album concluding with a cover of Fatal Energy’s “Paradoxes of Time” that brings them right back to thrash.  I can’t say I’ve heard too many bands like this where the thrash and black metal elements feel almost completely separate and you’re never quite sure which one you’ll get from one song to the next.  Admittedly the rougher edges do make some of the earlier tracks sound a bit jumbled and all over the place, but Sibireal seems to settle into a more consistent flow and this makes the second half stand out a bit more overall.

The vocals offer just as much diversity as the instrumentation, with everything from somber singing that brings in a bit more folk atmosphere alongside all sorts of screaming ranges.  As mentioned in the last paragraph, the first thing you’ll hear is chanting and some very abrasive and possessed sounding screaming, with the title track bringing in raspier high-pitched screaming, death growls, and gang chanting.  The extremely high pitch might prove to be a bit too much for some listeners and they might bail out, but I found that the polar opposites between the high and lows worked to Sibireal’s advantage.  On “Through the Pain” you’re greeted with the singing that brings that folk or even a Hellenic black metal style with it, and this is an element I could actually see the group using more often in the future in order to stand out even more.  Although the performance is all over the place, the spasticity of the vocals is pretty appealing to me since it keeps the intensity at a high and makes the listening experience truly unpredictable.

Blood Color Sky is a hard album to score, as on the one hand the instrumental work sometimes feels a little sloppy and like it’s going to collapse in on itself.  But on the other, you can tell that Sibireal has ambition and is trying to merge elements of black metal, thrash, and heavy metal in a way that isn’t quite as stereotypical and they do achieve this by the end of the album.  It’s not likely to appeal to everyone due to the rougher edges, but I suspect with a bit more refinement and precision this will be a band worth watching and the coming years.  Blood Color Sky is available from GrimmDistribution and Wings of Destruction.