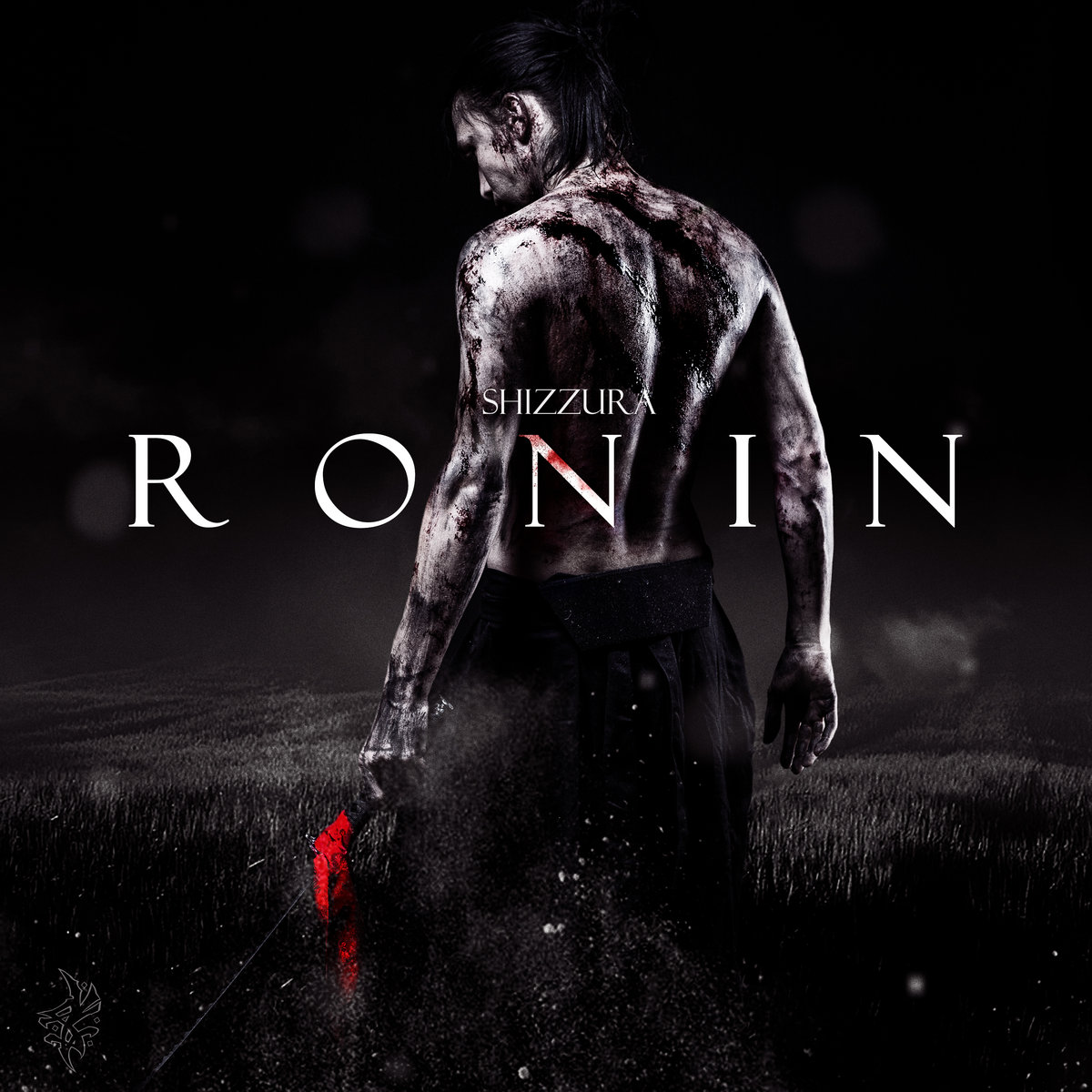 Shizzura is a band from Germany with songs in Japanese and English, with a sound that falls somewhere between alternative/nu-metal, J-Rock, and a slew of other metal and hardcore styles.  That’s a sentence I can safely say I’ve never written before, and this certainly helps their debut full-length Ronin stand out during a time where more and more artists are revisiting alternative/nu-metal influences.  Ronin follows two EPs from 2014 and compiles those six songs alongside eight new ones, packing in a massive amount of styles for listeners to unpack over its hour length.  Although there are moments that drag significantly and room for Shizzurra to further integrate all these metal and rock styles more seamlessly into their songwriting, there’s no denying that they’re onto something interesting here.

While a mention of any Western bands pulling influence from J-Rock probably has you picturing an anime aesthetic, Ronin’s cover art appropriately goes more Akira Kurosawa and that’s reflected in the chants and instrumentation of the two-minute intro track.  Shizzura seems to be pulling from the more mystical side of Japanese culture with this opening and it immediately had me intrigued into what was coming next.  Unfortunately, you don’t get nearly as much of this atmosphere from the actual nu-metal or J-Rock throughout the album, with the exception of songs like “Boku No Kurai Mirai” which seamlessly integrate some haunting strings into the heavier foundation.  That doesn’t mean that what the band is doing isn’t interesting however, as there’s quite a bit of variety to be found in the songwriting.  At times Shizzura goes full-on Korn and mid-90s nu-metal, touching upon that super heavy low tuning and chugging riffs alongside darker and twisted melodies that wouldn’t sound out of place on Life is Peachy or Follow the Leader.  But for every alternative/nu-metal track, you have just as many that head into rock territory and even some hardcore, metalcore, and thrash.  When the tempo picks up and there are some lighter tones mixed in with the heaviness, there’s a similarity to some of the J-Rock artists that did shounen anime openings in the 2000s like Nightmare and SPYAIR.  Other bands that come to mind include Taproot, the metal periods of Dir en Grey, and even Machine Head during some of the thrash/groove leaning moments.  Admittedly this variety ends up being both a positive and a negative, as when Shizzura hits their peak on both the metal and rock sides there are melodic and heavy riffs that stand out upon repeat listens.  But it also hurts the flow at times, as the transition from chugging nu-metal to faster almost pop-punk tinged rock sometimes comes across as a bit sudden and awkward.  Ronin’s also just too long, particularly with songs like “Nishibi” that don’t justify their seven-minute length.  I understand the band’s desire to include both EPs worth of material given the eight-year gap for a first release, but some brevity wouldn’t hurt moving forward.

With everything going on instrumentally you might expect the band to simplify things with their vocals and keep it to a couple of different pitches, but there’s just as much variation.  As mentioned earlier, Shizzura has lyrics in both Japanese and English and the transition between the two languages happens seamlessly.  I’m not sure of the members’ backgrounds and I don’t speak Japanese so I can’t comment on individual verses, but everything sounds natural and fluid enough that you certainly wouldn’t place these guys as being based in Germany.  Pitch wise you’ve got the entire span of harsh screams/growls and lighter singing ranges, with a few of the songs offering up one of the closest Johnathan Davis (Korn) impressions I’ve heard in some time while others sound more like Taproot or even Metallica’s James Hetfield.  There are occasionally a few of the sung/scream passages that sound a bit off pitch or don’t fully fit the overall tone the rest of the band is going for, but the majority of Ronin pulls it off.  I’m impressed with how Shizzura can sound pure nu-metal/metalcore on “Venom” with lots of distorted growls and then go full-on rock on “Secrets” with singing that soars into the clouds.

It’s clear that Shizzura has spent a long period of time developing their ideas and I don’t want to discount that, as they feel unique and have some genuinely strong hooks that are both heavy and melodic.  But some further tweaks would go a long way, as making the transitions from nu-metal and metalcore into J-Rock more seamless and trimming off some of the fat would help their material to further stick with listeners.  I’d also like to hear a bit more of the Eastern mysticism vibes from the intro woven into the other songs personally, but regardless of the path this band chooses they’re one to watch.  If you spent as much time as I did in the early 2000s listening to alternative/nu-metal and exploring J-Rock, Visual Kei, and anime openings, give this band a shot.  Ronin was originally self-released in May but was given a re-release last month courtesy of WormHoleDeath.