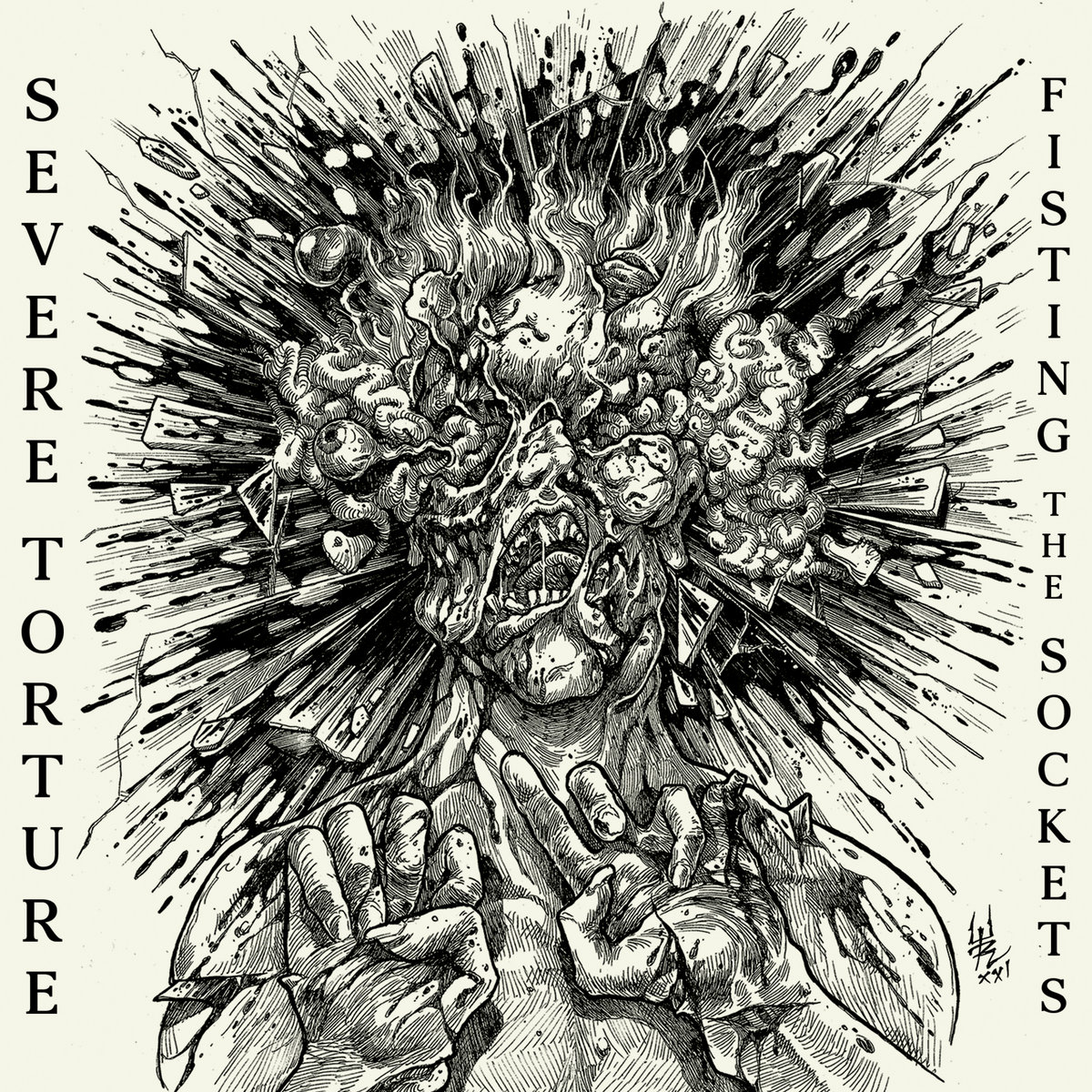 Despite being around since 1997 and releasing five full lengths between 2000 and 2010, Dutch death metal band Severe Torture has never seemed to reach the same level of notoriety in North America as some of the others out there.  I’d argue that they’ve been able to provide a comparable quality to some of the better-known names, starting off more on the brutal side of the spectrum and shifting a few albums ago towards a mixture that felt like a perfect balance of brutal and traditional death metal with a modern sheen.  A whopping twelve years has passed since 2010’s Slaughtered, and while Severe Torture has been active when it comes to live performances I’ve been waiting to hear more of their recorded output for some time.  That wait has finally ended courtesy of a three-track EP titled Fisting the Sockets, and it is meant to act as a teaser to a new album due out in 2023.  Despite the lengthy gap, it’s as if the group never left and these songs continue to showcase their dedication to well-written death metal.

The biggest change that’s occurred in the Severe Torture camp over the past decade is the departure of long-time drummer Seth van de Loo in 2017, with Damiën Kerpentier (Sepiroth) joining a year later.  Kerpentier feels like a natural addition to the rest of the lineup, and he seems to have brought some renewed intensity and speed with him as each of these three tracks has its fair share of faster grooves that lead into all-out blasting at just the right time.  Rather than opening with pummeling drums and aggressive guitar and bass, Severe Torture instead chose to kick off the title track with an ominous melodic lead-in before letting the blasts take over, and they also end with this same approach.  It really feels like the instrumentals are pulling from everything that makes death metal so enticing, as they have the bludgeoning brutality, mixture of speed and mid-tempo grooves, and throw in some well-timed solos and darker melodies that round out the sound.  This may not be that much of a surprise for anyone that has followed the band for some time now, but after a decade away from the recording space it’s nice to hear they haven’t lost their ability to shift between elements and not just write the same song over and over again.  It may not be a huge leap, but the fact that specific sections stick out after repeat listens gives this material an advantage over some of the other death metal out there.  Production wise, Severe Torture has once gone for a big, booming sound that has a bit of polish but doesn’t sacrifice the intensity, and while it’s comparable to Sworn Vengeance or Slaughtered the drums come through even more this time around to fill out the low-end.

Severe Torture’s vocals pull from that familiar high/low mixture consisting of guttural growls and higher shrieks, and it’s this element that has often made them sound a bit closer to American death metal than some of their European peers.  Dennis Schreurs has been with the band since 1998 and is still in fine form here, as his gutturals are just as in your face and inhuman sounding as ever while the higher shrieks still bring in a much darker and spine-chilling sound.  The group does try to vary up the performance so it’s not predictable to the point where you’ll know exactly when the highs are going to come in, and subtle details like the distorted almost spoken word at the end of the title track does shake things up further.  As with the instrumentals, Severe Torture doesn’t deviate drastically from what one would expect when it comes to traditional or brutal death metal, but they avoid falling into stereotypical patterns and mix up how those elements are used.

Compared to some of the other death metal out there, Severe Torture has often brought a bit more tightness and technical proficiency alongside their brutality and that is displayed from beginning to end on their latest EP.  These songs showcase that even after a twelve year gap the band can still write some rock-solid blasts and grooves while even throwing some melodic shifts int the mix.  Admittedly some of their previous full-lengths have succumbed to repetition and I’ll be curious to see if they can keep up this same level of writing when 2023 rolls around, but the quality of this EP suggests plenty to look forward to.  Fisting the Sockets is available from Season of Mist.