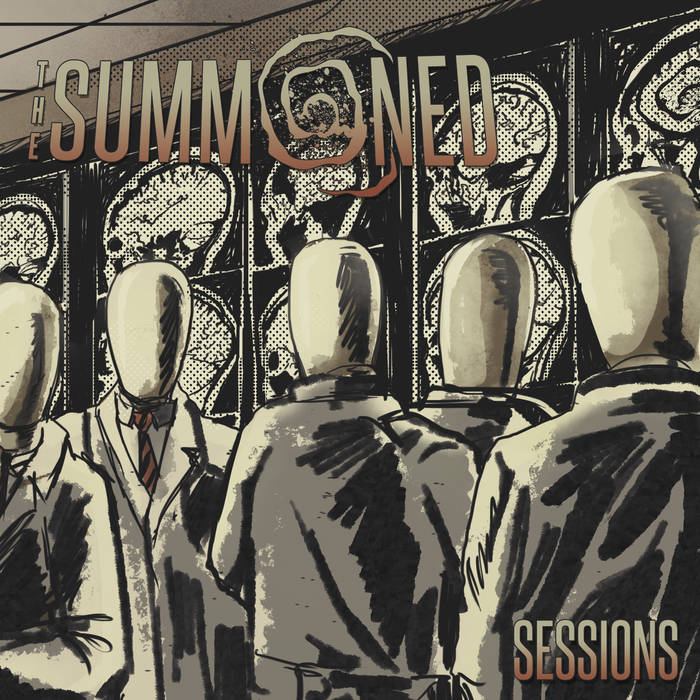 Sessions
by The Summoned

The Pitch: Boston technical death metal quartet The Summoned use their demented sophomore album to explore the mind of a troubled mental patient confronting his personal demons in a series of psychiatry sessions.  FFO Artificial Brain, Gorguts, Replacire.

What I Like: For me, 2017 has been the year of progressive, technical death metal.  We have been spoiled with so many amazing releases from both known and largely unknown bands, and The Summoned bring yet another amazing performance to the table. Sessions is far from the first death metal album to explore themes around mental illness and institutions, but I do love the idea of each song representing a seperate psychiatric follow-up.  The progressive changes in style around the the vocals and often dizzying guitar work adeptly convey the patient's ever-shifting mental status; which I will attest is a very real part of the counseling landscape.  The anarchistic song structures and heavy jazz influences bode well for the equally complex subject matter.

Critiques: I have very little ill to say of this album.  My only wish for the future is to hear perhaps a few more clean vocals.  I think it would work nicely into the sound as it most certainly did for Replacire's latest work.

The Verdict: The path to mental health is never a straight line, and neither is the music contained within Sessions.  Bravo many times over to The Summoned for crafting an intensely rewarding album that is deserving of your accolades and hard-earned money.  Buy it tomorrow.