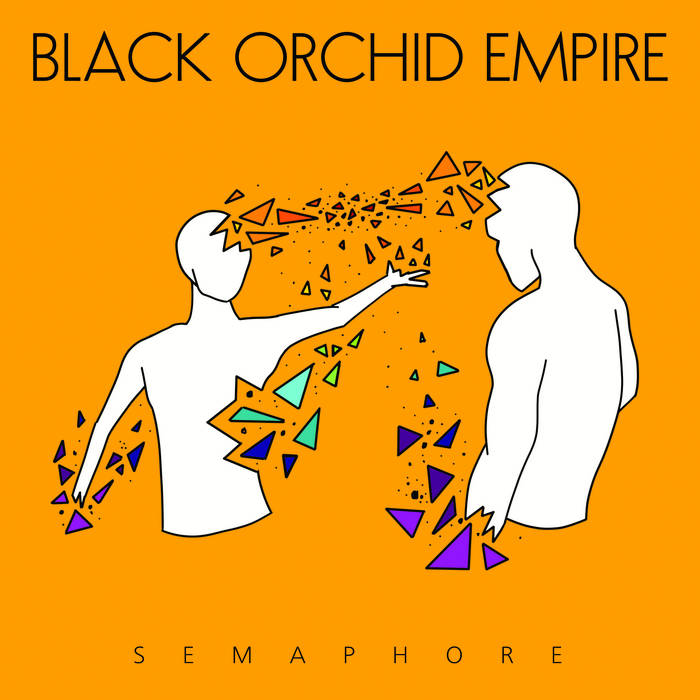 The Pitch: It's a collision of djenty Textures riffs and the early 00's alternative of Incubus and Hoobastank with UK band Black Orchid Empire and their new album Semaphore via Long Branch Records.

What I Like: Given that this is a metal site and all, "Dust" is a good place to start for those wanting something on the heavy side. This track has some of the strongest Textures vibes while still channeling the band's more accessible tendencies. And that's really the name of the game for Black Orchid Empire: that tenuous balance of creating complex, hard-hitting compositions that are also potential radio anthems. The proggy bass, chugging riffs, and oddly timed vocal delivery of "Motorcade" is straight up Lateralus Tool mashed up with a poppy chorus. "Red Waves" has a guitars and chunky bass grooves that remind of With Teeth era Nine Inch Nails before catapulting into another infectious sing-along that runs right up against the border of being saccharine without ever fully tipping over the edge. "Crash" draws some interesting Brand New comparisons and even the admittedly sappy relationship ballad "Winter Keeps Us Warm" manages to tug at my heartstrings with its soaring refrain backed by a stunning chorus of "oh oohs." It’s basically cheating, but dammit I love it.

Critiques: The album might be just a few tracks too long. I find myself checking out around  "Faces" even if the remaining tracks are still quite solid.

The Verdict: Not unlike Periphery, Black Orchid Empire seem to be mastering the art of marrying technicality with mass appeal. As a result, I am confident that Semaphore could end up being a new generation's gateway to metal music much like Hybrid Theory and Infest were back in my day.