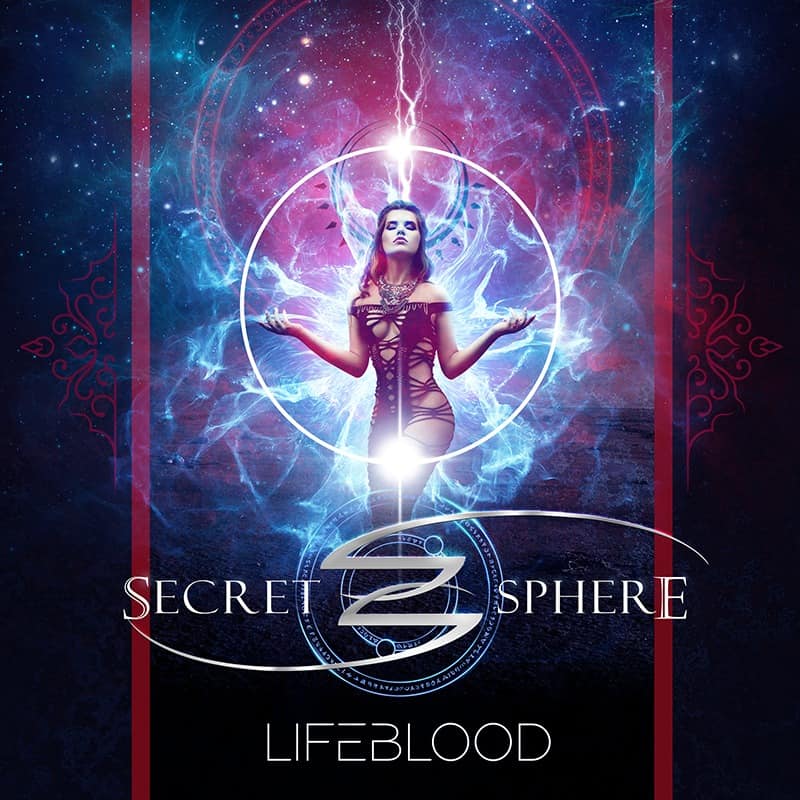 Italy’s Secret Sphere have been a name that many power and progressive metal fans have become familiar with over the past twenty-four years, as each of their ten releases have consistently balanced soaring and entrancing melodies with that appropriately heavier edge.  For their tenth full-length Lifeblood, original vocalist Roberto Messina has replaced the band after originally leaving in 2012, with his last appearance prior to this being 2010’s Archetype.  Messina’s return has signaled a shift in the band’s songwriting, with the overall sound returning to a more guitar forward and energetic approach following some of the softer directions of its immediate predecessors.  With plenty of heavier moments and hooks that keep the listener engrossed for almost the entire run-time, this is a strong showing from this long running group.

Secret Sphere has certainly been consistent over the years, but what I’ve sampled from their material with Michele Lupi felt a bit mellower and emphasized the keyboards and vocals a bit more.  Following a suitably epic build-up on the instrumental opener “Shaping Reality”, the title track explodes with high flying guitars and faster tempos that showcase the band’s heavier edge and prominent power metal side.  It’s the type of high energy and catchy track that will appeal to long-time fans and newcomers alike and showcases that these guys haven’t lost their bite over their almost two-and-a-half-decade existence.  As you make your way through Lifeblood it becomes clear that Secret Sphere is able to offer a more dynamic listen compared to some of the other power and progressive metal groups out there, as they bridge the gap between power, progressive, and symphonic metal from one song to the next.  “Against All the Odds” even brings in much softer melodic leads with a driving rhythm that brings a number of different European AOR bands to mind.  While I did find a few of the earlier tracks after “Lifeblood” didn’t fully hit the mark, from “Alive” onwards there is one catchy guitar or keyboard hook after the next.  Even the lengthy closer “The Lie We Love” which balances layered symphonic elements with a progressive slant finishes Lifeblood off strong, and this is coming from someone that usually finds eight plus minute songs in this type of metal to be a bit too much.

If there’s one thing that fans can’t complain about on any particular Secret Sphere album, it would have to be the vocals.  While different people are likely to prefer Lupi or Messina, there’s no denying that they’ve been lucky to have two fantastic singers at different points in their career.  Messina’s return suits the guitar forward sound and faster power metal moments, though he’s just as capable at pulling you in for the softer ballad moments as well.  Right from the first few minutes of the title track I was hooked, as Messina has one of those voices that’s powerful but soars to some stunning heights, bringing just a bit of aggression at the right times.  The chorus lines are layered together so that they result in some downright beautiful harmonies, straddling the line between power and symphonic metal.  Despite Messina being away from Secret Sphere for almost a decade, he’s returned better than ever and contributes significantly to Lifeblood being as enjoyable as it is.

Album number ten doesn’t necessarily seem like a complete "back to the roots" type of album for Secret Sphere, but it is a great mix of their older and newer styles.  There are plenty of the heavy, high flying power metal hooks and mellower symphonic and progressive elements that should draw in listeners of all types, and while time will tell where it falls in their overall discography Lifeblood is definitely a highlight for 2021.  Where a lot of power/prog bands that have been around for two plus decades feel like they’re treading water and going through the motions at this point, Secret Sphere is still at the top of their game.  Lifeblood is available from Frontiers Records.