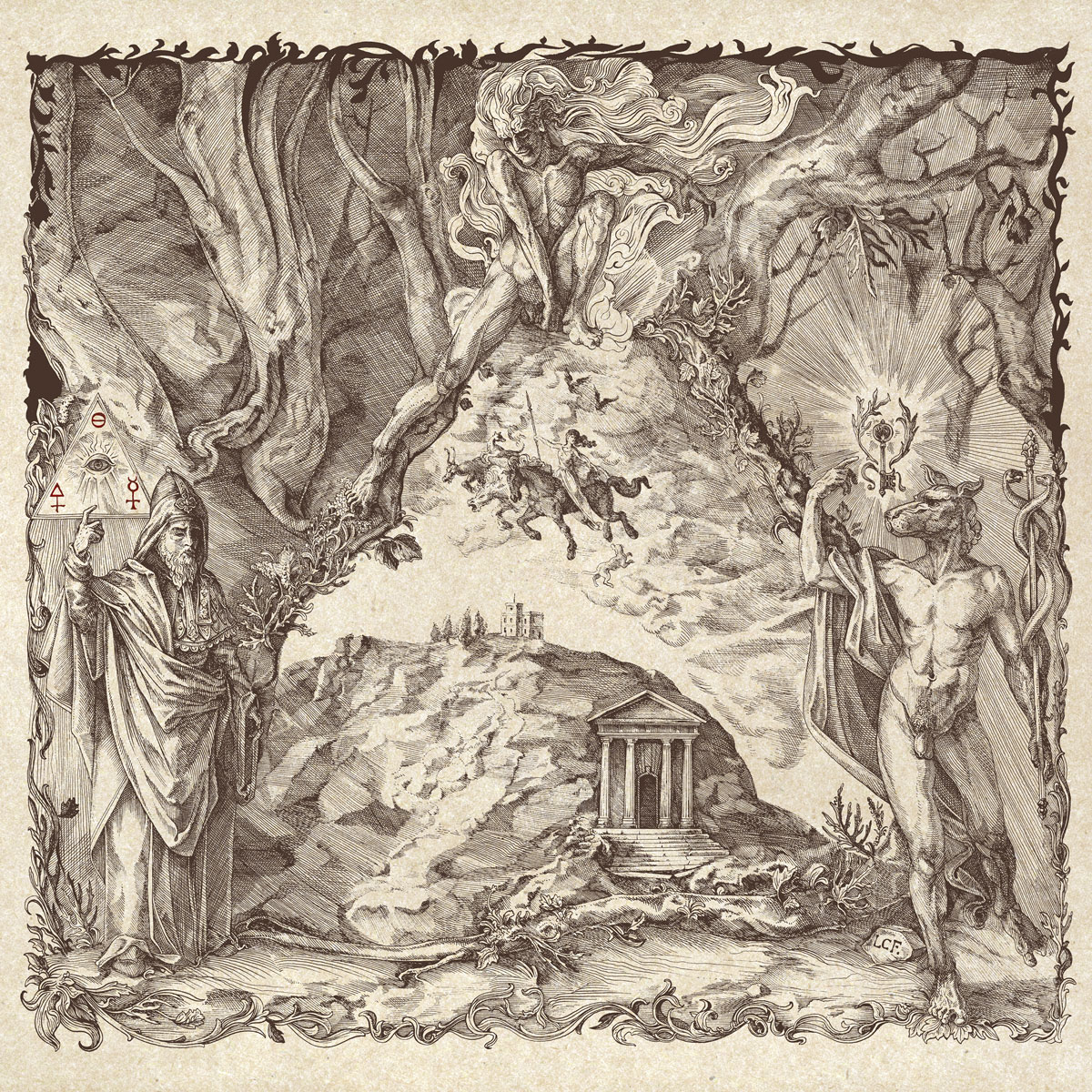 While many listeners may not have been introduced to Germany’s Mosaic until the 2017 re-release of Old Man’s Wyntar, the project has been offering its own blend of black metal and darker folk since the mid-2000s.  This year’s Secret Ambrosian Fire propels each of these elements to the next level, coming through as an experience that channels fierce black metal and somber folk while sounding wholly unlike what you’d expect from either of these genres.  It’s engaging from beginning to end and feels like its transporting you to generations past while also offering a feel of mystery and the unknown.

There are some songs on Secret Ambrosian Fire that have familiar black metal elements, but as a whole the instrumentation skews towards vastly different territory.  Tracks like “Brimstone Blossoms” spread outwards with layered melodies that have a hypnotic and otherworldly sound to them that is reminiscent of Wolvennest, while others up the fury and call forth a whirlwind of aggressive riffing that feels like it’s going to set your entire surroundings ablaze.  Mosaic propels itself forward in an unpredictable manner throughout the album, as you’re never sure if you’re going to get a dark and mysterious melody that encourages reflection and exploration or a violent one that pushes you into a more ominous direction.  This works so well due to how each song is woven into the next, and even as the folk and old-world elements give way to hints of black metal the transitions remain fluid and make sense in the greater context.  It’s the type of music that draws you in and encourages repeat listens to make out all the layers, and despite drawing from a sense of old-world mystery and musical elements that other black metal acts have touched upon over the years Mosaic still manages to sound quite unlike anything else out there.

Martin van Valkenstijn has incorporated just as much variation to his vocal performance as the instrumentation, which suits the band’s airier and fluid nature perfectly.  During some of the softest moments his singing follows suit, taking on a haunting chant that feels like it’s sucking you right into unknown waters, while songs like “Cloven Fires” find him break into a raspier scream that oozes primal energy and has the ability to move mountains.  Given the level of diversity that is on display throughout Secret Ambrosian Fire it’s impressive to find that the vocals never lose anything in the transitions, remaining a consistently strong element that beckons the listener to further experience Mosaic has to offer them.

Mosaic’s latest will likely take some time to absorb and fully unravel, but it also has melodies and atmosphere that will hook you during that first listen.  It’s a perfect balance of dark folk, black metal, and everything in between that comes across like a perfect representation of a bygone era and all of its mysteries.  For the adventurous listener, this is likely to be a highlight of 2019 as it comes to a close.  Secret Ambrosian Fire is available from Eisenwald.