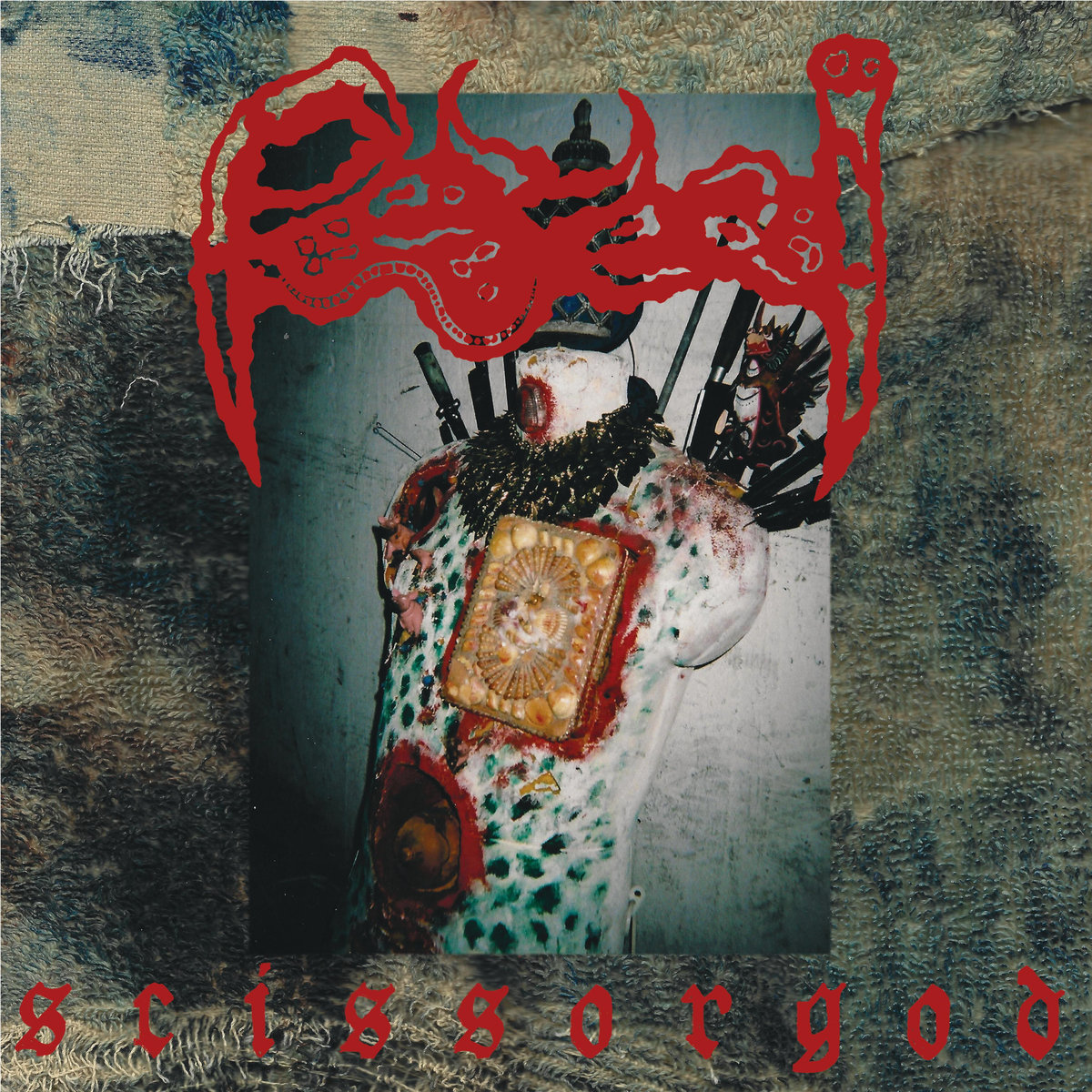 Reveal! started off as a band that pulled from the earlier strains of black and death metal while still putting their own spin on things before completely flipping the script with 2016’s Flystrips.  This album came after a five-year gap and found the band going in unpredictable directions with rhythms that would sound just as at home on a punk or surf rock record as a black metal one.  Three years later the group is back with Scissorgod and they’ve continued to move as far away from the trends and expectations of their extreme metal roots as they possibly can.  While it may prove to be a bit too out there for some listeners, the combination of weird rock hooks and abrasive black metal will prove to be infectious to the right palette.

There’s still plenty of weirdness to be found throughout Scissorgod (particularly when it comes to the cover art), but the music comes through as slightly more approachable compared to Flystrips.  Reveal! is just as schizophrenic with their writing, often changing from straight up black metal to noisier rock and punk hooks on a whim, but there are more grooves and riffs that sink their teeth in and hook you right from the start.  It’s a bit like throwing all these genres into a blender and coming out with a psychotic acid trip where everything’s a little bit terrifying but entrancing at the same time.  Even with that initial burst of accessibility there’s plenty to take in as you dive beneath the surface, and there’s always some jarring elements like the sudden appearance of horns to keep you focused just as you start to get too comfortable with what you’re listening to.  This makes Scissorgod fairly hard to pin down as there’s not quite anything that sounds exactly like it, but the more out there and strange variants of black metal and death rock are good starting points.  For the right type of listener (myself included), the catchiness and overall “What the fuck!” aspect of this album will keep them coming back for more.

The abrupt transitions in musical genres works to the band’s advantage, but it’s the performance of vocalist Ghost that completes the material and makes it so interesting to explore.  Right from the start of the opening title track you’ve got some screaming that sounds psychotic, as if it’s going to burst out of your speakers with scissors at the ready to go directly through your chest.  Ghost maintains a raspier pitch that comes through as abrasive as possible, with whispered passages on songs like “Decomposer” that are downright creepy.  Like the instrumentation, the performance seems focused on attacking the listener just as much as it attempts to draw that in and that adds to the overall appeal.

Reveal! has expanded even further outwards in their attempt to blaze their own path.  While their latest initially feels more grounded, the abruptness of the transitions and the overall abrasiveness continues to leave them a group that will drive some people away and send others scrambling to purchase their entire discography.  It’s an album that hasn’t left my stereo for the past few weeks and still manages to score some gut punches even when I know the scissors are coming right for me.  Scissorgod is available from Sepulchral Voice Records.