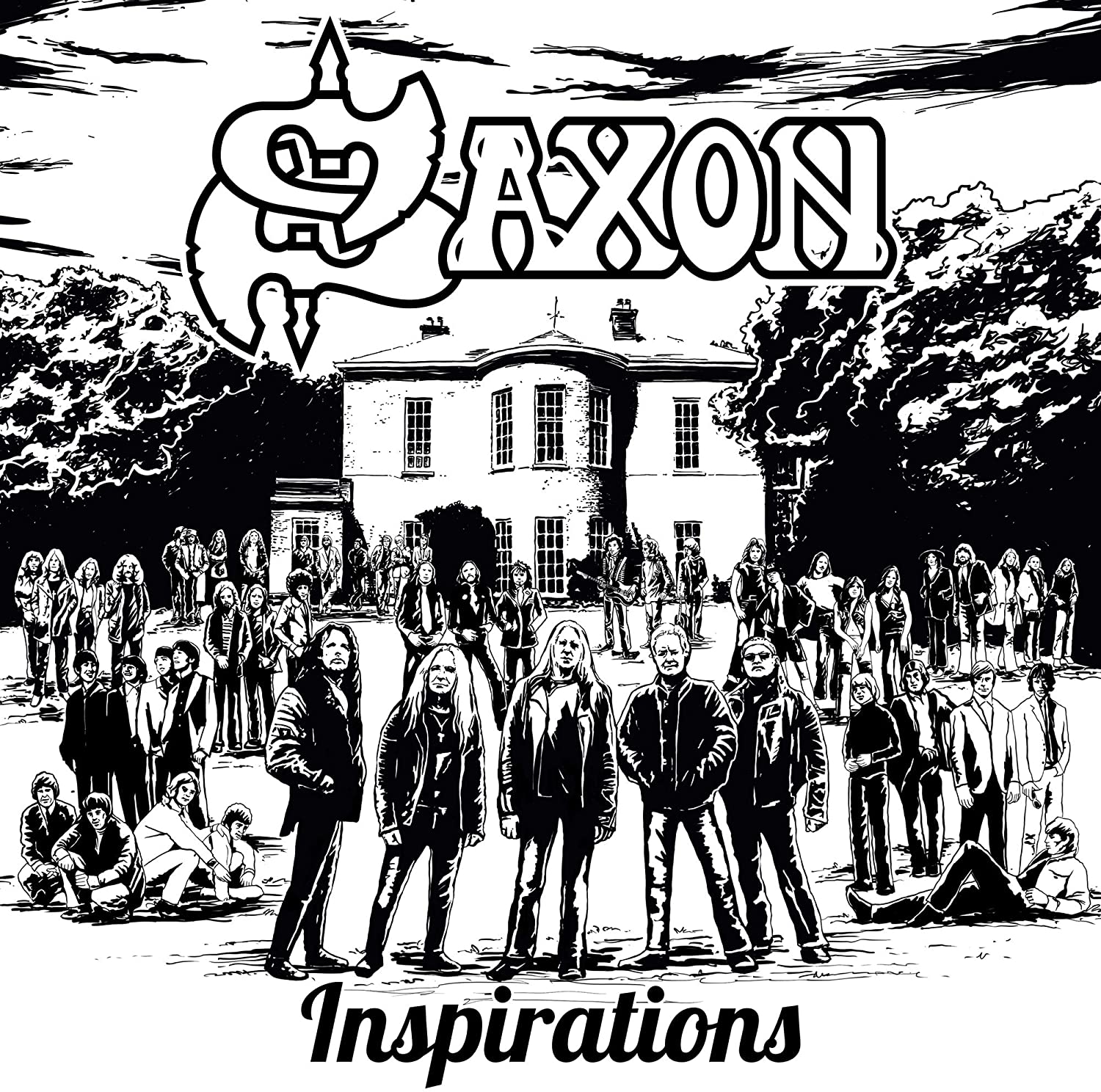 Cover albums aren’t rare in the rock and metal world, but they tend to have a bit of a dubious reputation amongst listeners for being filler often used to satisfy record label contracts or for just being questionable in quality (see Six Feet Under).  But when a band with a forty-year history like Saxon decides they want to do one, it seems slightly more authentic.  Titled Inspirations, this offers the long-running group the chance to pay tribute to songs that influenced them when they were first getting Saxon off the ground as well as a few that came out around the same time period.  It’s a fun listen that showcases some songs you’re likely to be familiar with, and while some of the covers shake things up a bit more than others Biff Byford and company have still done a great job at putting their mark on them.

I’m sure that some of you were hoping for original material given the three year gap since 2018’s Thunderbolt came out, but there’s no denying that even an album’s worth of cover songs given the Saxon touch is still an exciting prospect.  A lot of passion has clearly been put into making this, which is evident particularly in the artwork which showcases the members surrounded by all the bands they’ve chosen to cover.  But what have they chosen to cover?  There’s plenty of the bluesy and other rock influences that would go on to influence much of NWOBHM (Thin Lizzy, AC/DC, Led Zeppelin), but also some less expected names like Toto and The Kinks.  Instrumentally Saxon doesn’t try to drastically change or reinvent these classics and deeper cuts like some other bands have attempted to do over the years, instead putting a slightly heavier and rougher tone on ones that didn’t have that sound originally.  There are some exceptions to this, like Toto’s “Hold the Line” becoming a completely guitars focused track instead of being keyboard driven, and moments like this and the cover of The Beatles’ “Paperback Writer” are highlights for me.  Admittedly some of the others that go for a more accurate representation of the original (especially those that were already a bit closer to hard rock or heavy metal), are a little less exciting, but Inspirations still remains fun from beginning to end and is bolstered by a warm and appropriately analog sounding production.

What interested me most about this album was how Biff Byford was adapt his iconic voice to these songs from outside the heavy metal spectrum.  This is easily one of the best elements of the album, as he touches upon some mellower pitches that are a bit outside of the norm for Saxon and is able to do all of this material justice.  “Paperback Writer” and The Kinks’ “See My Friends” are some of the best examples of this and showcase Byford in a very different way.  Given how long he’s been doing this and how many other vocalists have lost much of their range over the decades, it’s impressive that Byford is able to still provide this level of variety and push himself.

As you’d expect, this is an album best left for Saxon veterans, as newcomers have a slew of other material they’ll want to prioritize and spend time with over a bunch of covers.  But for those of us that have loved Saxon’s material from decades past or present and want to hear how they pay tribute to bands that influenced them, this is worth checking out.  If anything, it’s an example of how to do a covers album with passion for the original material and not just as a cop out to a record label.  Hopefully with this project out the door they’ll focus on a new album next, and I’ll be curious to see if any of these stylistic explorations find their way in.  Inspirations is available from Silver Lining Music / Militia Guard.