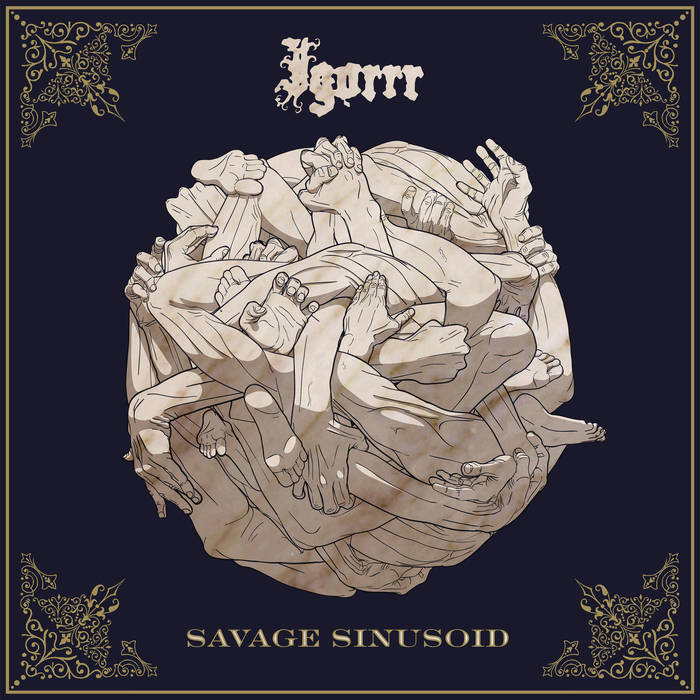 The Pitch: "Music with no bounds" returns with Igorrr, a project that is influenced by equal parts metal, electronic music, and baroque.  Four years in the making, this is one of the strangest records you will ever hear.  FFO Aphex Twin + Gogol Bordello + Fantomas

What I Like: I am so happy with the above equation that I almost want to end the review right there.  For those familiar with these projects, I can think of no better way to describe the music of Savage Sinusoid.  Nightmarish fever dreams of dark electronica?  Check.  Frenetic gypsy folk aesthetic?  Check.  Schizophrenic, avant-garde song structures and Patton-esque screeches?  Check.  This album makes Sigh look like a generic rock group in comparison.  And to add to the serial killer level weirdness of the atmosphere, does anyone else notice that "Problème d'émotion" sounds more than a little similar to Daniel Licht's "House Theme" from Dexter?  Gautierre Serre may be the mastermind behind the precise details of each composition, but I dare say that the contributions of the opera singers often steal the show.  You'll never know what to expect, and that's what makes this such a rewarding record.  Accordian, 8bit, sitar, harpsichord, dub-steppy skipping effects...you'd have better luck predicting the next episode of Twin Peaks.

Critiques: For all of their unbridled creativity, some of these tracks lose sight of engagement and consistency when relating back to the album as a whole.  I also feel like some of the more instrumentally driven tracks in the second half could've been dispersed more evenly.  Even so, this grew on me with every listen.

The Verdict: While Savage Sinusoid isn't my favorite album of the year, it stands to be among the most notable due to its unique sound and endless genre bastardization.  It will break your brain, and there is simply no tag that can adequately explain what Igorrr have to offer.  Get it today.