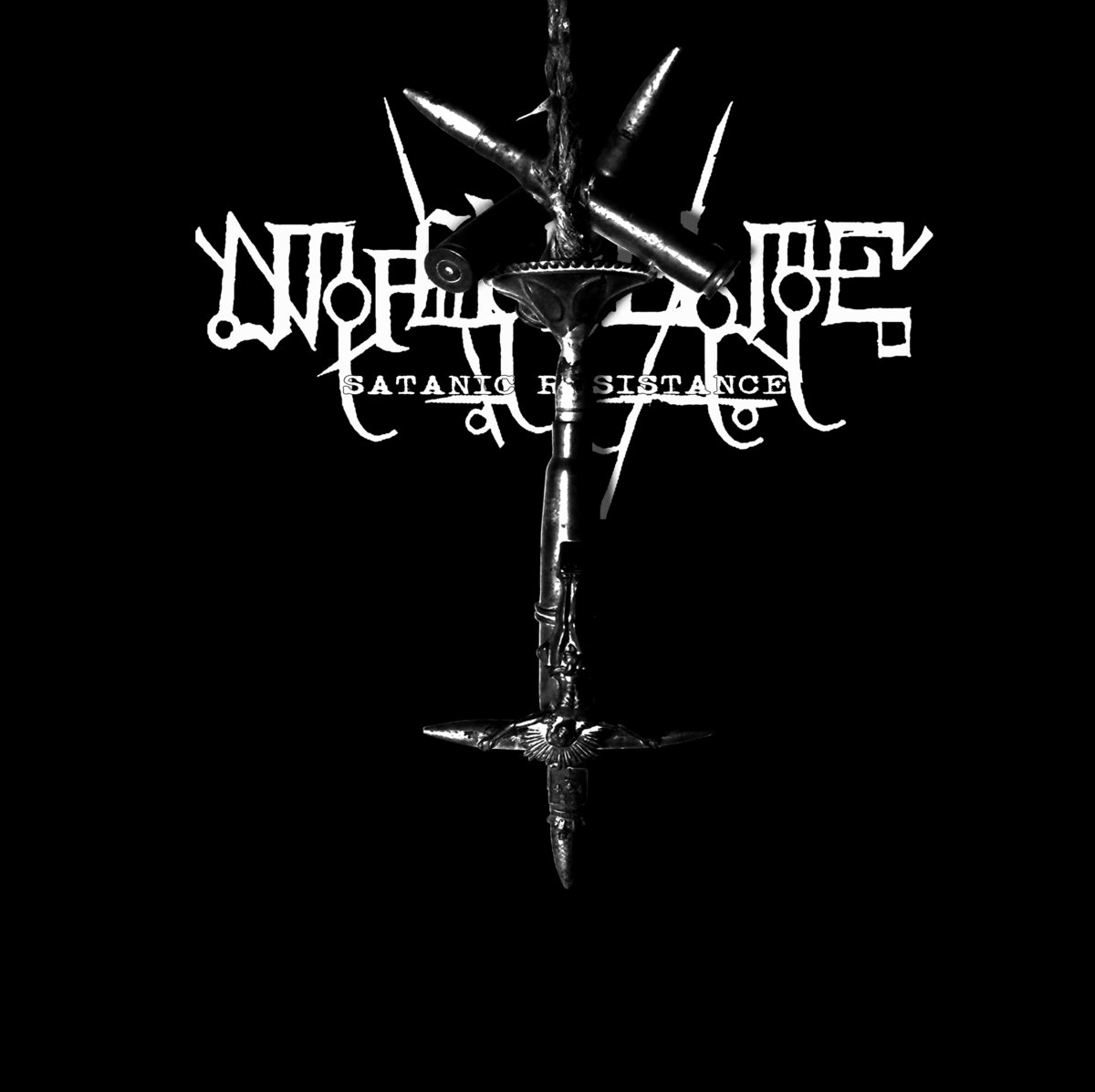 Five years have passed since France’s Malhkebre unleashed their full-length Revelation at listeners, which blended ceremonial and ritualistic instrumentation alongside the familiar blasting and all-out violence you’d expect of black metal.  With this year’s follow-up Satanic Resistance the group’s retained some of their ritualistic and twisted instrumentation but have upped the tempo significantly and aim at leaving nothing behind but scorched earth in their wake.  It’s another strong showing for French black metal and sure to appeal to devotees of the most violent variants of the genre.

No matter what speed the instrumentals are going at Satanic Resistance feels abrasive from beginning to end, as if you’re being dragged across barbed wire and left to bleed out in the hot sun.  That’s an appropriate tone given the album’s title, and at times it brings the all-out violence and madness of Antaeus to mind.  But where Malhkebre differs is in their regular tempo shifts, as rather than going full-speed the entire time and wearing listeners down with sheer force they have a tendency to blast away at your psyche and then slow things down just enough to let the sinister atmosphere seep in.  It’s not as sprawling and ritualistic feeling as their previous effort but still retains that sense of darkness and dread throughout, and some of the slower, methodical sections are just as likely to get stuck in your head as the faster ones.  Admittedly with the more straightforward approach there are some patterns between songs that blur together slightly, but the high points encourage listeners to dive back in again and again and Satanic Resistance never loses its potency.  “Join Our Cause or Perish”, which comes in right around the middle of the album, is particularly worth noting as it combines some nightmarish electronics before and after the black metal riffing to create one of the most possessed sounding tracks I’ve heard in recent memory.

It’s impressive when a vocalist can match the same jagged edges as the rest of a band, but that’s exactly what Eklezjas'Tik Berzerk accomplishes throughout Satanic Resistance.  His scream is fairly raspy and hangs over the recording with a specter-like presence, with some of the more intense performances later in the album sounding like a man possessed.  Given Malhkebre’s devotion to their craft and beliefs this makes sense, and it’s likely to take a certain type of listener to appreciate just how abrasive and forceful the vocal performance is.  But for those who have fallen further and further towards the inner workings of black metal, this is likely to be exactly what you’re seeking.

Malhkebre has shifted directions in the years following Revelation, heading towards even more aggressive and violent tones while still maintaining some of the mysterious and ritualistic atmosphere from before.  While some of the more straightforward attacks may be reminiscent of the French black metal scene, there remains enough nuance to the material for this band to stand on their own.  Satanic Resistance is available from Lamech Records.