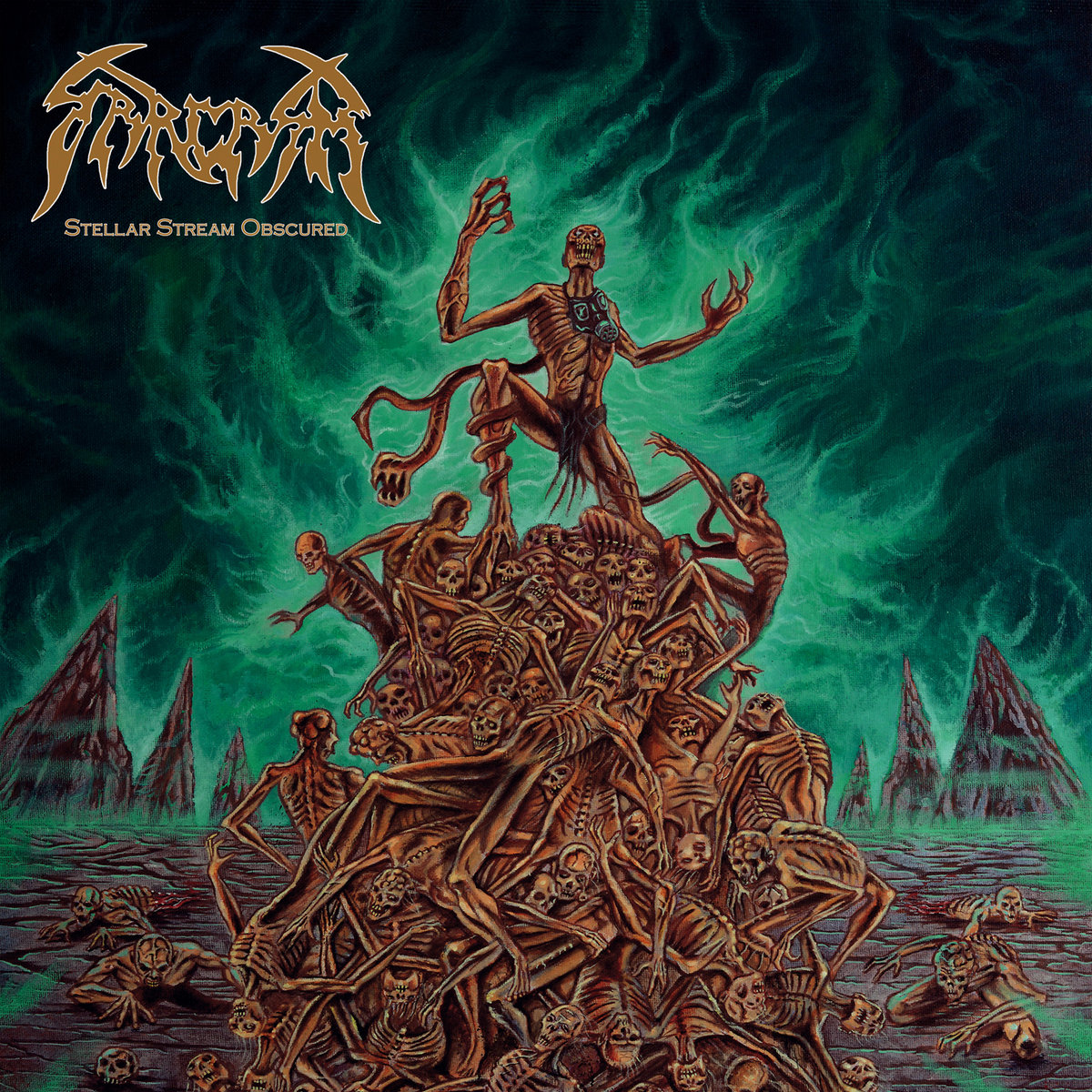 While not as widely known as other Swedish death metal bands that formed around the late 80s and early 90s, Sarcasm still made their mark on the underground with a number of demos that started off with a more traditional slant and started to incorporate a considerable amount of melody by the time of their disbandment.  Had Burial Dimensions come out in 1994 as originally intended versus its eventual 2016 release, it’s possible more people would be familiar with Sarcasm’s injection of melodic elements into a black and death metal foundation.  But even with that being the case, the group’s 2015 reformation has given them a whole new opportunity to impress listeners and they’ve done that with two full lengths following Burial Dimensions.  This year’s Stellar Stream Obscured brings that number up to four overall and continues that melodic yet heavy sound with riffs that recall the band’s earlier days while still feeling fresh some thirty years later.

Depending on which song you’re listening to, Sarcasm could easily fall into melodic black metal or death metal, but unlike the directions some of the bands in these variants went throughout the 1990s the abrasive foundation remains throughout their material.  Where a lot of melodic death metal incorporated rock elements and catchier choruses while melodic black metal went for a cleaner and hyper polished sound, there’s still a sense of ugliness to the riffs here.  Even when the melodies do take center stage they have a more epic and triumphant cadence placed over top of an abrasive foundation, bringing to mind bands like Necrophobic and Unanimated just as much as traditional Swedish death metal.  What I continue to love about Sarcasm is how they blend all these elements together, as even though the individual pieces of Stellar Stream Obscured recall a slew of other classic Swedish albums and even the band’s demos the album never falls into one specific pattern and always seems to be doing its own thing.  The riffs remain strong from beginning to end and the melodies are incorporated in ways that draw you back into the mysterious apocalyptic sci-fi concept that the lyrics are exploring.  “Through the Crystal Portal” kicks things off with pummeling drums and jagged guitar and bass that make it clear that this is still first and foremost a death metal band, but by the second song some dark and twisted melodies have started to break through.  Besides the blend of colder melodies that channel some black metal and Sarcasm’s death metal roots, “Ancient Visitors” slows things down to a glacial pace and explores death/doom and even a bit of funeral doom, while the melodies on closer “Let Us Descend” almost have a bit of a Summoning vibe.  The second half does stand out just a bit more than the first to me, as this is where the band fully nails that balance of otherworldly and cold melodies with harsher, powerful instrumentation, but that doesn’t detract from the overall impact Stellar Stream Obscured has had on me.

Heval Bozarslan utilizes a raspier pitch that is sure to immediately grab your attention due to how abrasive yet easy to understand it is.  It’s an approach that works to Sarcasm’s advantage and makes their concept album easier to dive into than other death metal bands that use much deeper and harder to make out growls.  There’s just a little bit of space between the instrumentals and vocals throughout Stellar Stream Obscured, sometimes making it seem as though Bozarslan is emerging out of the cold mist emanating from the melodies, and that also helps to make the material feel a bit more alien.  The raspier approach isn’t everything Sarcasm has to offer though, as you get some deeper growls on “Ancient Visitors” and “The Powers of Suffering That Be” throws in some additional distortion that gives off a sci-fi/space tone.

Sarcasm showed early on that they were willing to incorporate melodies into black and death metal in slightly different ways than some of their peers, and they’ve demonstrated this across multiple albums some thirty years later.  While the core elements are familiar, the way everything comes together still feels different and the material here has plenty of epic sounding melodies and heavy riffs to have some real staying power.  Sarcasm’s consistency since their 2017 album is worth noting, and they’ve delivered what I think is the first truly great death metal of 2022.  Stellar Stream Obscured is available from Hammerheart Records.