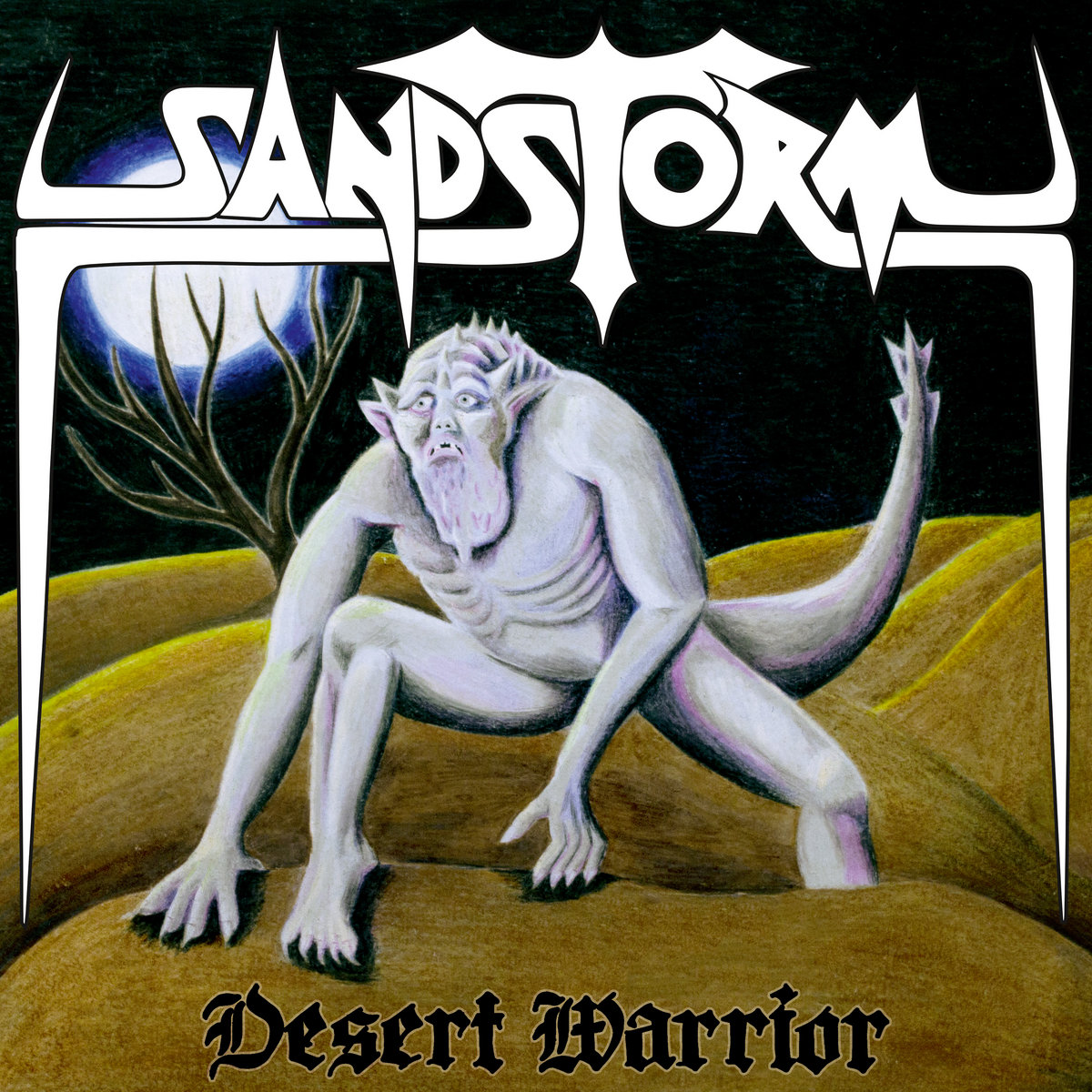 Vancouver’s Sandstorm self-released their debut effort Time to Strike in 2019, with Dying Victims Productions giving it a CD and vinyl release last year.  The vintage sounding heavy metal and hard rock combination was in regular rotation for me throughout the spring, but due to a packed review schedule it slipped through the cracks for coverage on the site.  With this year’s follow-up EP Desert Warrior I won’t make that mistake again, and this four-song release finds them once again offering up stripped down heavy metal that has the warmer tone and rawer feel as many of those early NWOBHM albums.  It may be pulling from familiar territory, but Sandstorm does it in a way that still proves to be wholly enjoyable.

Rather than going for the speed and fire that you might expect, Sandstorm tends to stick at mid-paced and methodical slower tempos, often channeling a bit more of the proto-metal hard rock and early heavy psych that would give way to some NWOBHM and even doom a few years later.  The overall approach to highlighting stand-out riffs and emphasizing atmosphere over aggression hasn’t changed from Time to Strike, but there are noticeably darker tones throughout each of these tracks that showcase some different textures than before.  Where so many new groups in this genre seem laser focused on Iron Maiden and Judas Priest when it comes to how they write material, Sandstorm seems to pull from a bit more Mercyful Fate as well as metal adjacent artists like Wishbone Ash, Coven, and Ashbury.  It’s a combination that’s immediately appealing, as the warmer yet dark melodies and crunchier edge to the instrumentation gives off just as much of a psychedelic feel at times as it does the epic and triumphant nature of heavy metal.  The trio keeps things moving along at a brisk enough pace that these songs sink their hooks in and don’t stretch on for longer than they need to, and while all four do follow some similar patterns they still have some stand out guitar work that will keep you coming back.

Two of the three members contribute vocals on Desert Warrior, which results in some fantastic harmonies on many of the songs.  There are some moments where Sandstorm’s jump towards falsettos is reminiscent of King Diamond during his Mercyful Fate days, but the overall approach is a bit more mellow by comparison.  The opening of “Evil Wins” with its much softer tone and the chanting in the background is likely to draw quite a few Ashbury comparisons, though this trio is still able to put their own spin on it.  Like many of these artists from the late 70s and early 80s, the songs follow a storytelling type flow that lead to some epic peaks, and this works in Sandstorm’s favor.

While the stripped down and slightly rougher around the edges production values may not appeal to all listeners, those that have a soft spot for those earlier days where hard rock would lead to what would become doom and NWOBHM will find a lot to like about Sandstorm.  This latest EP is a natural continuation of their debut that adopts a slightly darker tone, and while there’s still room for them to further branch out and truly find their own niche within the genre I can’t deny that they’re capturing a particular take on the style that I tend to gravitate towards.  With two strong releases under their belt, it’ll be exciting to watch them continue to progress and take that next step forward.  Desert Warrior is available from Dying Victims Productions.