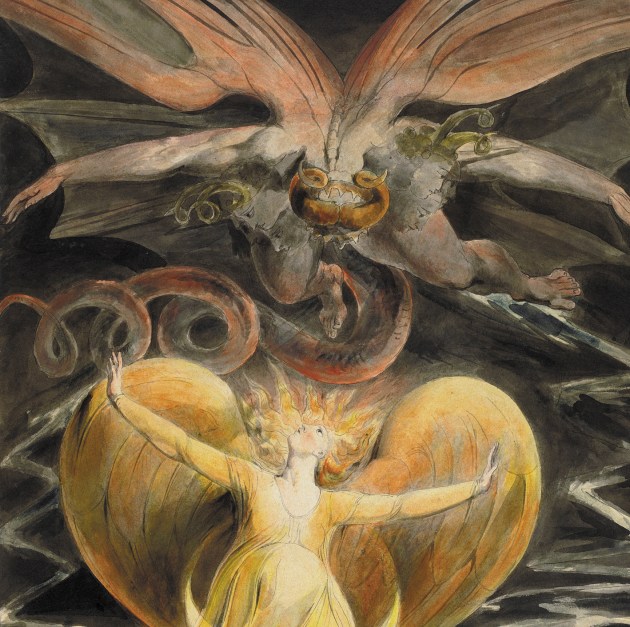 Sacred Colour of the Source of Light

Sacred Colour of the Source of Light
by Golden Light

Golden Light is a new project created by two veterans of U.S. black metal who have been involved in more bands than one can keep track of, though a few examples include Oaks of Bethel, Njiqahdda, Crown of Asteria, and Enon Chapel.  With this new group the duo has gone for hypnotic and sprawling black metal that blasts away at your senses and forces listeners into a trancelike state.  On their debut full length Sacred Colour of the Source of Light Golden Light provides this framework across four tracks that fly by in just over half an hour but leave plenty of nuances to be discovered across repeat listens.  While the structure of the writing may emphasize repetition and lead to the album best taken in as a whole, there’s still plenty of appeal to be found here and this is the type of black metal that one can get lost in given the right mindset.

The album wastes little time in launching into an all-out attack on the senses, as rather than building up with an ambient intro or slower instrumentation opener “Sceptre of Solar Idolatry” goes right into 100 percent capacity with blasting drums and layers of instrumentation that weave hypnotic and ethereal melodies over top of abrasive riffs.  It’s an approach that Golden Light continues to utilize for the remaining three songs, letting the melodies hover over top of this chaotic and churning base in a way that puts you into a trancelike state.  There’s certainly quite a bit of appeal to this type of black metal when pulled off correctly, and Sacred Colour of the Source of Light does succeed at maintaining this immense amount of energy and fury without the instrumentals ever losing steam or becoming off pace.  Admittedly the emphasis on repetitive blasting and layered melodies acts as a double edged sword, as while there are nuances to the individual tracks to be found upon repeat listens and the thick atmosphere draws you in it can be hard to tell one moment apart from the next the first few times through.  “Dawn of History” shakes things up a bit with some brief respites from the blasting and more of a focus on ambient passages that up the ethereal and otherworldly feel of the instrumentation, and this is an area where it seems Golden Light could further differentiate themselves in the years to come.

Vocalist Meghan Wood has that familiar high-pitched scream that seems to tear through everything in its path, though the band has opted to mix the record so that her vocals are buried a bit further back in the mix and it feels like she has to reach that peak level of intensity to break free.  It’s an approach that’s proven to be an acquired taste for some but it suits what Golden Light is going for perfectly as the screams weave in and out of the layers of sound with a haunting presence.  Compared to some of the other black metal bands that go for atmospheric and sprawling compositions of this type, the verses on Sacred Colour of the Source of Light are a bit more spaced out and this makes each one grab your attention as the screams seem to reappear from thin air.

There’s something genuinely appealing to what Golden Light is conjuring here, as the attack after attack on the listener has something foreboding and mystical about it while still having an air of beauty to its compositions.  With that being said, the dense blasting that drives everything does make the individual tracks blur together and while there are nuances between them to be discovered upon repeat listens, it still feels like there’s room for the duo to push their ideas further with more distinguishable elements.  For now though, their debut is worth getting lost in for those willing to take the trip and black metal of this more hypnotic variety is always welcome.  Sacred Colour of the Source of Light is available from Iron Bonehead Productions.