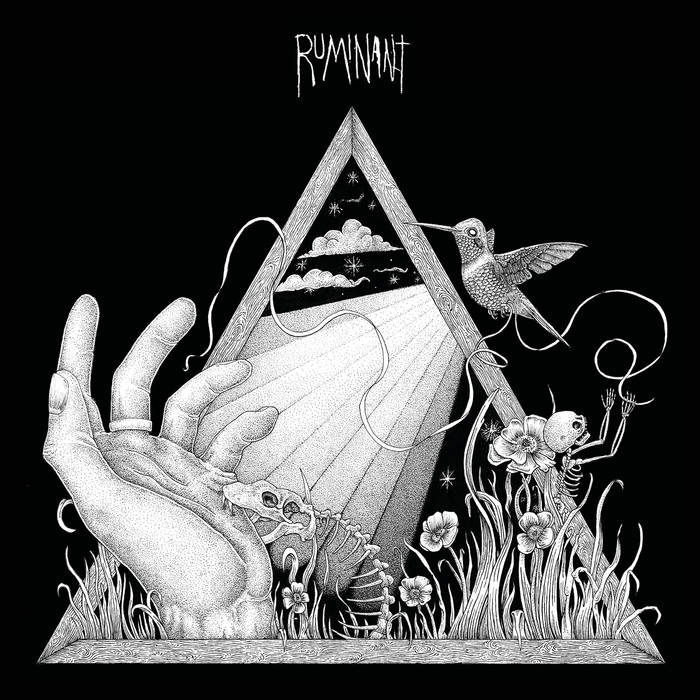 What I Like: Mixing hardcore, grindcore, and some blackened vibes; Ruminant are on a mission to destroy. From the crusty D-beats to the death-tinged vocals, this self-titled outing is all about carnage. And speaking of the drumming, the various little solos on the likes of "Consume" are sure to leave you chomping at the bit. Similarly, the frontman seems to be positively frothing at the mouth with ineffable rage. This is one of those performances that is best complimented by a dark, dank punk show: concrete slab basement, dangling light bulbs, no stage, the stink of sweat in the air. Think GG Allen minus the more disgusting and problematic elements. They're right in my backyard, so I may just have to catch them live.

Critiques: While I appreciate the pace changes offered by sludgier tracks like "Fading Life," I don't find them to be very compositionally interesting. If anything I'm just waiting for the next shift into uptempo territory.

The Verdict: Ruminant is a pummeling album that will leave you bleeding on the floor. They'll extend a hand to get you back on your feet... but you won't leave without a few bruises and maybe even some broken bones. Metallic punk and hardcore with no nonsense.