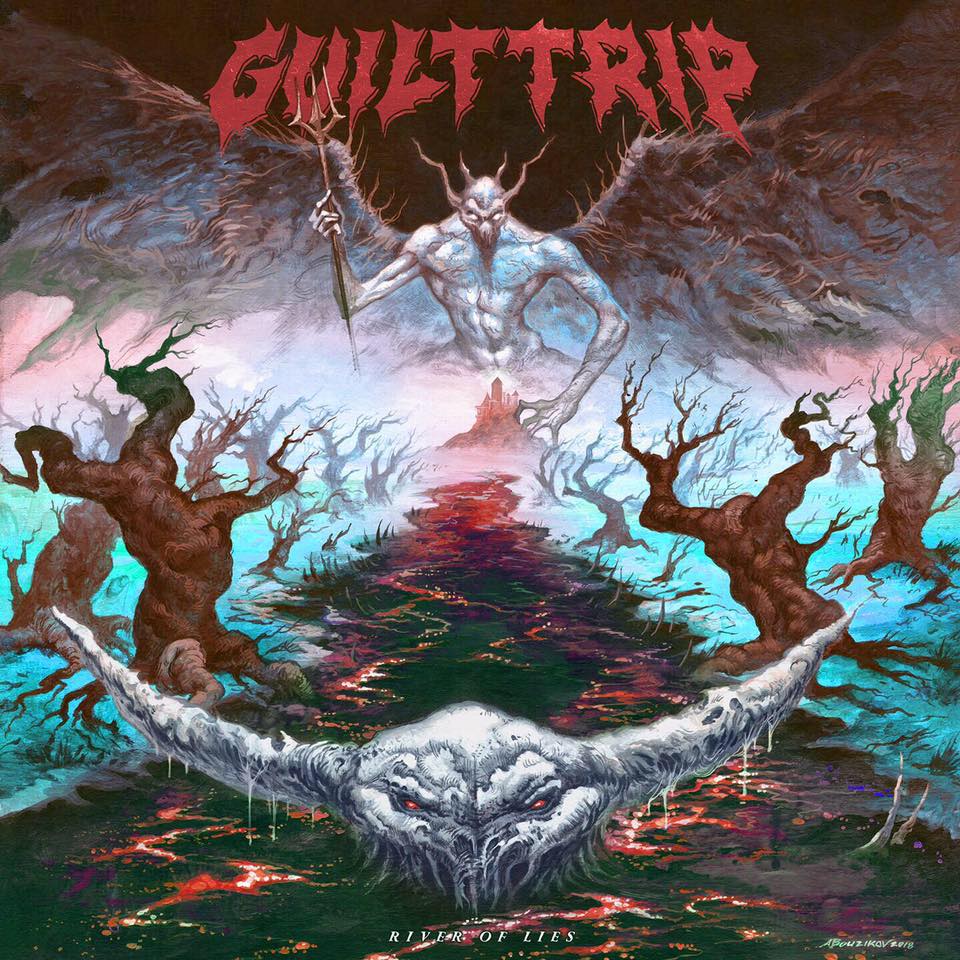 River Of Lies
by Guilt Trip

What I Like: Guilt Trip bring it hard on this album. Combining the old school flair of groups like Power Trip alongside the more modern sounds of Code Orange, River Of Lies represents heaviness across the decades. Guitars are less instrument, more blunt object used to bludgeon the listener into submission. There are some flashier moments of classic thrash riffs, but placed sparingly enough as to really kick things into a frenzy when they come up. Listen to it happen on the track "Apparition" and tell me it's not better than a traditional breakdown. Crowds are going to mosh their limbs off. And I would be remiss to ignore the vocals on this album, which never fail to put a scowl on my face. It's got that same brutality meets vaguely hip hop flow as Jami Morgan mixed with no frills Jamey Josta. Some of the callouts definitely endanger those around me. "I PUT A BRICK THROUGH IT!!!" Chug, chug, chug.

The Verdict: Heavy AF. That's really all you need to know about this one. If you dig metallic hardcore and crossover, get the f#%k in here. Very much worthy of your time and more attention.