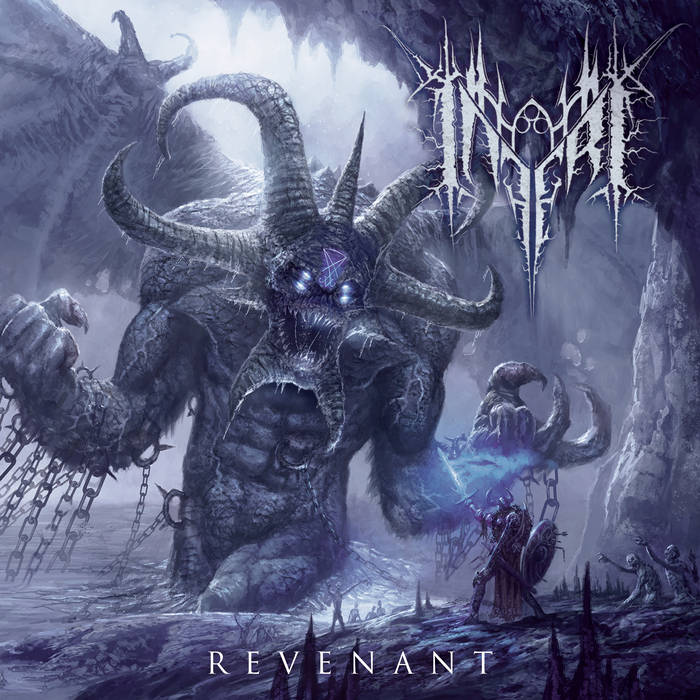 The Pitch: "Inferi is an American melodic death metal band forged from the bowels of Nashville, Tennessee. The band sets themselves outside of the generic pack by mixing melodious, yet technical musicianship with virtuosic songwriting..." via The Artisan Era. FFO: The Black Dahlia Murder, Alterbeast, Exocrine

What I Like: This is the longest I have kept an album in rotation for some time. Given the nature of this site, I generally have to make way for new music every week. Not Inferi. These guys held their spot for a good month before I was forced to finally cut the cord.  Possessing the finest qualities of The Black Dahlia Murder, but with a more progressive spin, Revenant is a highly enjoyable and addictive album.

The more I listened, the harder it became to choose favorites. Every track on this album is bursting to the gills with amazing guitar hooks and general technical prowess. It's the perfect cross-section of progressive, tech, and melodeath. Even longer songs like the nearly 9 minute "Malevolent Sanction" seem to breeze by in no time at all thanks to clever, varied songwriting. So many evil little riffs have been woven together in a manner that is as seamless as it is destructive. Furthermore, the vocals pack a serious punch following in the footsteps of Trevor Strnad.

Critiques: The album is largely flawless, but once again there aren't really any new ideas here: just old ideas done better than ever.

The Verdict: I could probably fill an entire podcast talking about all of the great things about this album, but in the end it speaks best for itself. Inferi are an amazingly heavy and talented band, and Revenant is sure to be among the best death metal albums of the year. If we can get the word out, these guys are poised for the mainstream.