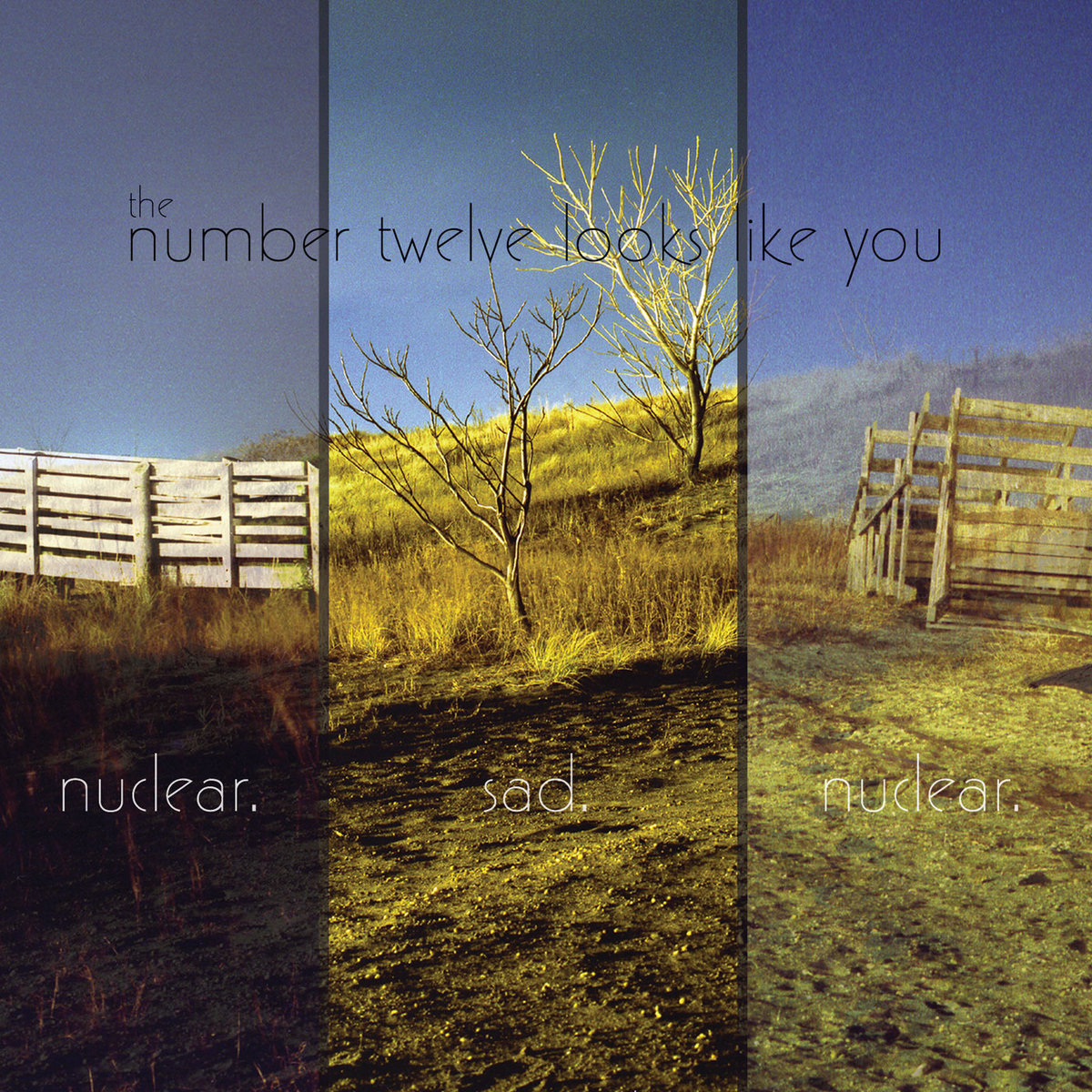 Nuclear. Sad. Nuclear.
by The Number Twelve Looks Like You

The Number Twelve Looks Like You (or TNTLLY/#12) is one of those somewhat underground extreme bands that helped shape my love for core music, especially in terms of getting me into the more chaotic forms in the vein of mathcore or grind. Having origins in Bergen County, New Jersey and formed in 2002, the #12 is a group that, through their several releases and influential sound, has had a strong impact on the future of their genre. The band underwent some lineup changes throughout their career and released four full lengths and three EPs before splitting up in 2010. Despite the internal conflicts and seven or so year hiatus, however, the #12 surprisingly reformed in 2017 and went on to play many shows/tours as a result...and, with new material possibly in the works as well.

Despite there being numerous releases within the band's discography, this review will solely focus on #12's sophomore full length album. Mystifyingly titled as Nuclear. Sad. Nuclear., this release is widely regarded as the band's most influential and groundbreaking album to date. Sporting a 40 minute running time comprised into a dozen separate tracks and featuring a six-piece band, Nuclear. Sad. Nuclear. was originally unveiled in 2005 via Eyeball Records and was also re-released on a few other occasions following this. The band also toured last year in honour of the album's 12th anniversary.

Arguably the strongest points in this entire album would have to be the ridiculously shifting tempo speeds, coupled with the interchanging vocal variety throughout (made up of mostly fry vocals with some cleans), as well as some of the spontaneous and sometimes out-of-place riffing. The guitar shredding really rears its head in tracks like 'The Devil's Dick Disaster' and 'Texas Dolly' (yes, those are the real song titles by the way), with chord strikes swiftly turning into tremolos, soloing and so on. Some of the songs, such as 'Clarissa Explains Cuntainment' as well as 'Like A Cat' have more lyrical substance to them and are overall more structured, with the chorus lines and so on.

In general, though, I like that this album is more structured and innovative as opposed to the band's debut Put On Your Rosy Red Glasses, which was more of a grindfest all around. Though every track has something to contribute, as well as its own identity, my personal faves were always 'Clarissa Explains Cuntainment' for its over-the-top name, relentless chorus riff and fast pace; 'Texas Dolly' for its chaotic mathcore vibes; and 'Remembrance Dialogue' for its flow and the fact that it's the most fleshed out on the album. 'Like A Cat' and 'Category' are runner ups for their chorus and outro breakdown, respectively.

Despite all of the good things there are to say about this one, there still exist a few aspects of Nuclear. Sad. Nuclear. that I'm not particularly a fan of. For instance, the two filler tracks in the album are just that...filler tracks. They don't really add anything aside from some odd background noises or a bit of atmospheric build-up, and they could've been taken out completely. Hell, they're even plainly named 'Track Four' and 'Track Eleven'. Oh, and 'An Exercise in Self Portraiture' is another track I've never cared for, it's just not as memorable as everything else. Also, while some transitions within the album work well and add a pumped up vibe to the music, some of them just feel out of place and throw everything off, such as in some of the later songs.

Overall, Nuclear. Sad. Nuclear. is one of the most spontaneous mathcore records I've heard. Some of it has structure while other parts of it do not...and sometimes it doesn't know if it wants to be fast or slow paced. However, the way I see it, this type of identity crisis is what gives it its own identity of being so out there and it's one of the reasons why I consider this record so highly addictive to listen to. Sure, it's not the most musically accessible or grounded...but why does it have to be? It's mostly fine just the way it is and I'd recommend it for those metal/core-heads who are looking for something a bit different.

For Fans Of: Curl Up and Die, Norma Jean, The Dillinger Escape Plan

**This release is available here!**