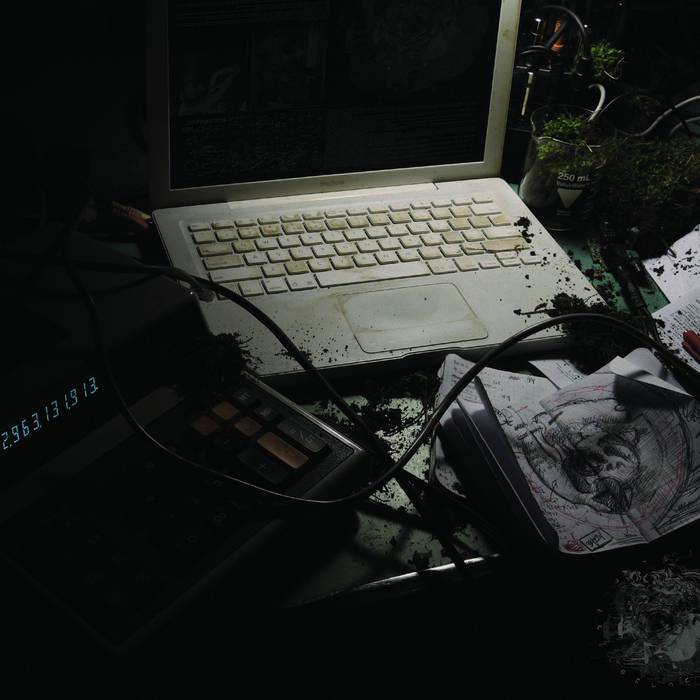 The Pitch: From Web of Mimicry Records, "Founded in Philly in 2003, Cleric resides in the circle of bands like The Dillinger Escape Plan and Car Bomb – elite musicians playing avant-metal that wows on both a cerebral level and a gut level." Featuring guest collaboration from John Zorn.

What I Like: Clearly these guys knew I was compiling my year-end lists. Just when I think I've got my picks locked in, Cleric comes out of left field to muck it all up. Honestly, to group them with Car Bomb or TDEP is a minimization of their art. There is a similar focus on technicality and eclecticism, but Retrocausal applies these concepts to a completely different degree. Compositions feel absolutely sprawling whether they run 14 minutes or 4. Pressing play on any track is to cast yourself into a bottomless abyss of freeform creativity.  I don't doubt that the songwriting on this album is actually highly structured, but there is an undeniable feeling of improvisation that makes the experience all the more lively.

I could probably go on all day about these impressive performances: the expansive, ever-changing guitars, the sporadic bursts of piano, the explosions of reverb-drowned screaming...but if I were to pinpoint the instrument that gripped me the most, it would have to be the drums. Larry Kwartowitz is clearly violently unhinged. He's a f#$king madman. Take a track like "Soroboruo," which is largely instrumental and filled with droning, ambient guitars. Larry's work on the kit turn what could be an aimlessly drfting interlude into a technical bit of rhythmicall-controlled chaos. Honestly, pick any song out of a hat and you can expect some of the best jazz-infused metal drumming you've ever heard.

Critiques: More of a disclaimer, really. Your ears and brain may take a few minutes to orient themselves. This is normal, so just embrace the process. And while the album is definitely on the longer side, it doesn't have as much of an endurance feel once you've adjusted.

The Verdict: Retrocausal makes Dissociation look like a pop album. It is an esoteric masterwork of technical proficiency, skillfully freeform-sounding performances, and songwriting that walks the razor's edge between random noise and true art. I normally don't go in for releases that go this far into pure pandemonium, but damned if Cleric haven't taken me to the very edge of the abyss without allowing me to fall. MUST LISTEN.