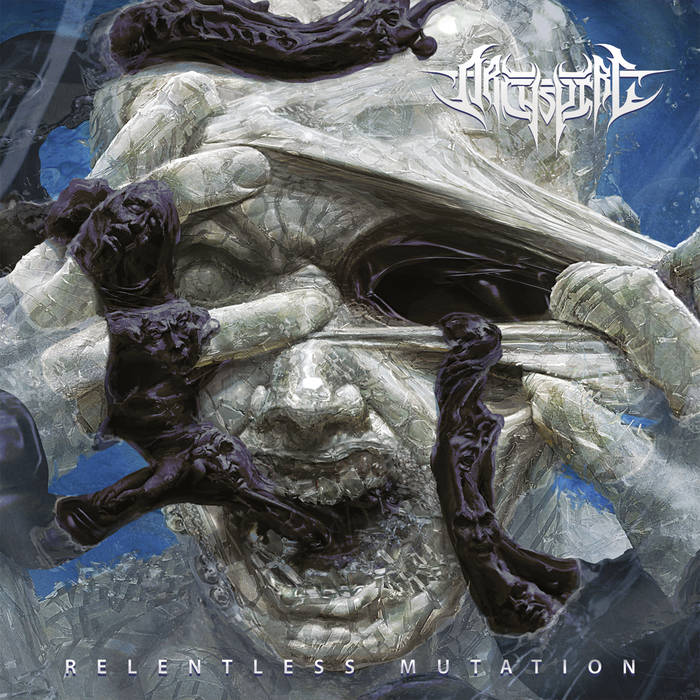 The Pitch: British Columbia's technical death titans Archspire return with a new album through Season of Mist that has been much anticipated in the genre community this year.  I feel that it lives up to the high expecations.  FFO Aborted, Benighted, Cryptopsy

What I Like: I feel as though Archspire are trying to set some sort of world record when it comes to brutal vocal speed.  Oliver Rae Aleron has taken some flack for these supposed "rap-inspired" death vocals in the past, but I don't get that feel at all.  There are dozens of albums I can think of that have used this approach to some effect; Oli just sets them as the default.  And you know what?  It works.  The machinegun delivery of each gutteral syllable perfectly compliments the equally rapid pounding of the guitars and drums.  Furthermore, they help give Archspire that extra signature to their sound that sets them apart from the flock.  The way the cadence melds with the other instruments on "Remote Tumour Seeker" is f#%king perfection.

But speaking of guitars and drums, don't let the arguably "gimmicky" growls distract you from the musicianship.  This band has performance and composition on lock both individually and as a cohesive unit.  Relentless Mutation is a wonderous expression of speed, agility, heaviness, and catchiness all at once.  The guitars shred, the drumming will make your head spin, and even the bass player makes his presence known in a big way throughout the duration of the album.  Perhaps even more important to consider are the shifting textures and expert pacing that help this LP come together as a whole.  Jazz, neoclassical, old school tech death, and progressive metal all play a part in making one of the most consistently engaging 30 minutes I have heard this year.

Critiques: The only real argument against this album is that they have some stiff competetion in the tech death genre this year.  I think that they have crafted one of the more digestible releases this year without sacrificing skill, but they still can't compete with the likes of Artificial Brain for a top spot.

The Verdict: Relentless Mutation should join Retrogore and Necrobreed in the ranks of relatively mainstream technical and often brutal death metal that equally matches mass appeal with blunt trauma and ripping musicianship.  Even if Archspire is not a band that you have previously been following, there is very little not to love about this album.  Get it right now.