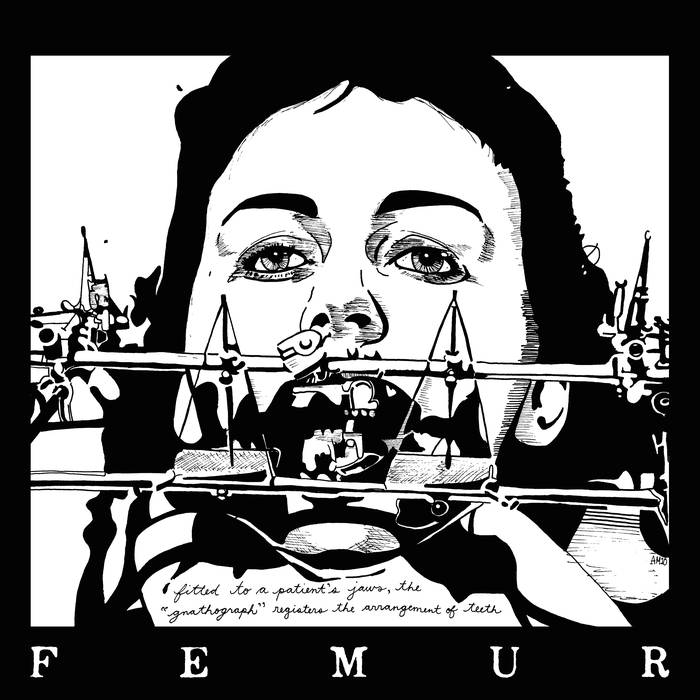 What I Like: Mixing the stripped-back approach of Botch with the dark, depressive atmosphere of the Denmark scene, Femur are as vicious and rebellious as they come. Noisey, dissonant guitars moan and wail in contorted grooves punctuated by shrieking feedback and raw eruptions of vocal fury. The music within is as stark and disquieting as the black and white album art that accompanies it. Add some sludgy elements and a serious dose of grimness, and Red Marks is a cold, grey morning after waking up on the wrong side of the bed. I kept hearing Edward Norton's voice from Fight Club as I listened, "I felt like putting a bullet between the eyes of every panda that wouldn't screw to save its species. I wanted to open the dump valves on oil tankers and smother all those French beaches I'd never see. I wanted to breathe smoke." Or, more simply put by the band, "We just try to write ugly and heavy tunes."

Critiques: I'm all about broadening album dynamics with a variety of styles and volumes, but the meandering, minimalist interlude that makes up the majority of 8+ minute "Welcome Wind" is a bit much. In my opinion it completely kills the pacing and grinds everything to a halt. I love the ending though. If this track started at around the 4 minute mark it would be much more enjoyable and still meet the same need.

The Verdict: That one complaint aside, Red Marks is a delightfully raw album inspired by "day to day lulls, death, sex (as consolation for misery), and accepting and appreciating self worth." That last one surprised me a little at first, but I am a big believer in seeing conflict and strife as a necessary means for personal growth. Embrace the longing with Femur and listen below.