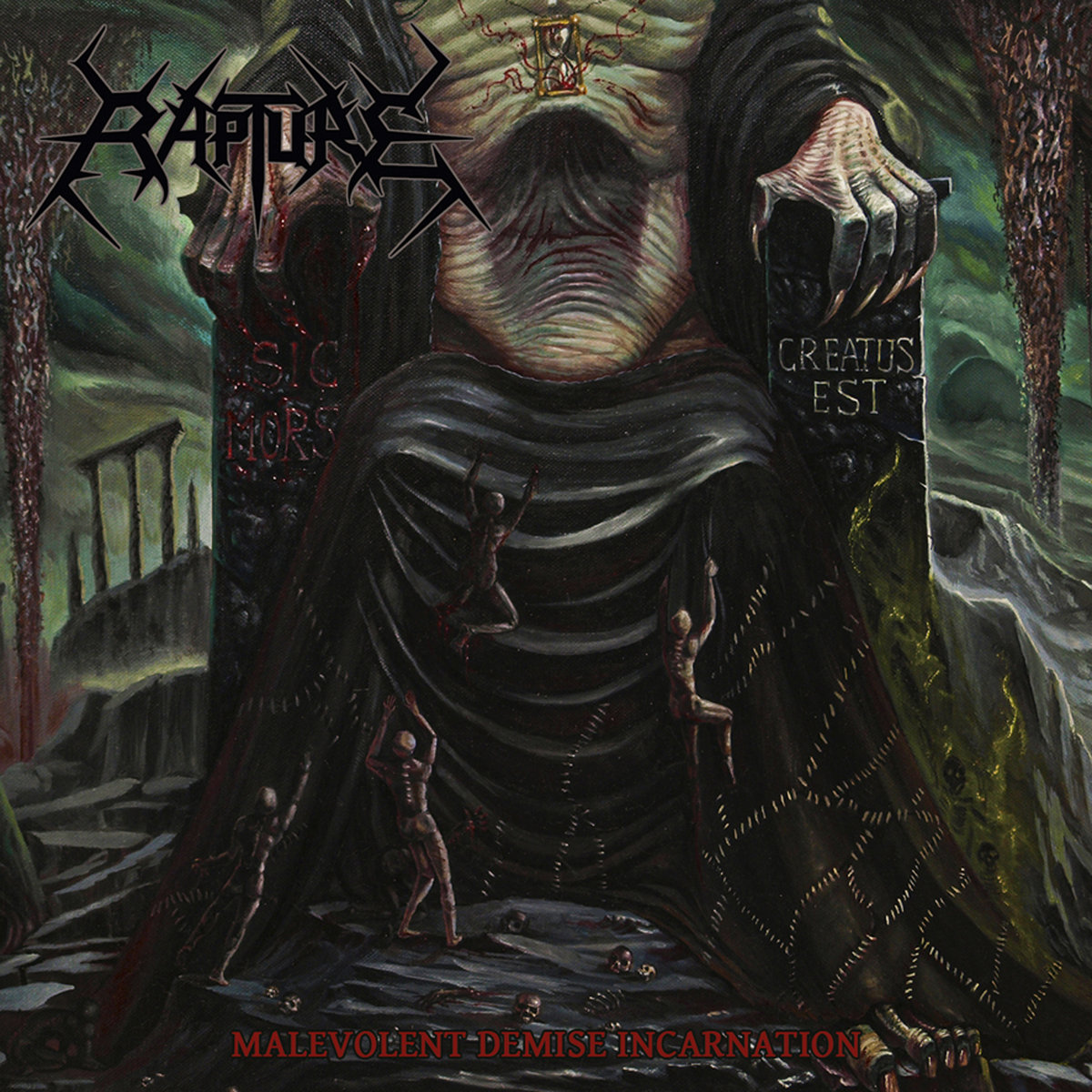 Greece’s Rapture has been offering up blistering death/thrash since 2012, recalling the earlier days in the 80s where the two styles of metal hadn’t truly split off from each other yet.  Their third full length Malevolent Demise Incarnation leans heavily into fast and unrelenting riffs that let some dark and ominous atmosphere seep in, touching upon both Teutonic thrash and earlier American death metal without falling too closely into the template of one particular band.  While these guys have made an impression in the past their songwriting has reached an even higher level on album number three as riff after riff leads you on a dark and twisted journey that’s exciting from beginning to end.

There’s something immediately appealing about the type of speed and grittier tone that modern bands playing death/thrash are able to utilize, but what makes particular acts stand apart from your standard old-school retread is how they back up this intensity and style with substance.  This is where Rapture’s latest release was able to grab me, as while you’ve got plenty of scorching speed that wouldn’t sound out of place on a Destruction or Kreator album, the band moves between these faster moments and mid-tempo sections where creepy melodies and a thicker atmosphere seep in that are much closer to classic American death metal.  What this means is that Malevolent Demise Incarnation rarely lets up when it comes to intensity but is able to stand out from song to song, with the high-flying riffs and somber interludes working in tandem to create plenty of memorable moments.  Rapture is hardly reinventing what has made either of these types of metal stick around for three plus decades, but the precision of this controlled chaos has kept be coming back for one listen after another.  What I really like about the material is how thrash and death are truly evenly split, as songs like “After Your Eternity” start off with pure thrash speed and tonality but by the end that slower, methodical rumble and looming atmosphere of death metal have taken over.  Usually albums of this type peak early and start to lose their impact by the half-way point, but Malevolent Demise Incarnation remains consistent all the way through and whether it’s a thick bass line or moodier atmospheric break there’s always something to keep you interested.

The vocals also fall somewhere between the two genres, as Apostolos Papadimitriou has a higher pitched and raspier scream that starts off with more of a thrash tone and then hits some lower ranges at key moments.  He consistently keeps pace with the rest of the band, delivering very fast and punchy verses that hit hard and then get out of the way to let the guitars take the spotlight.  Each burst feels extra concentrated because of this, and where sometimes vocals of this type can start to seem repetitive or one-dimensional over time here the move to more guttural death growls at key moments makes a difference.  You’re likely to find Papadimitriou comparable to a number of different vocalists in both death metal and thrash, and he has that raw energy and downright unhinged sound that makes an impact.

Rapture’s taken a significant leap forward with this album, and while there’s a bit more death metal tonality and atmosphere the material is still split fairly evenly between death and thrash.  It’s not doing anything radically different from those classic 80s albums, but it delivers it with one killer riff after the next while having a polished and razor-sharp precision to the recording.  Sometimes that’s all you need for a great album, and if you’re into this type of metal I suspect this one will be on regular rotation for some time to come.  Malevolent Demise Incarnation is available from F.D.A. Records.