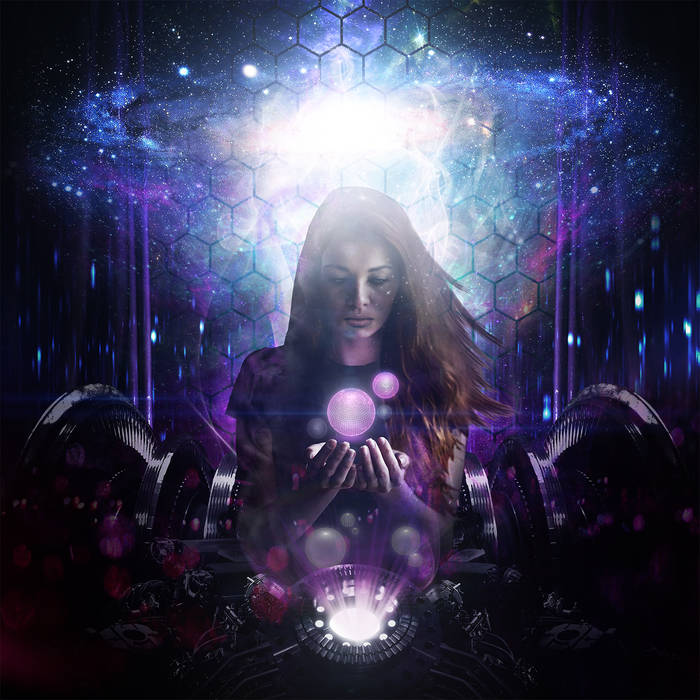 Mechina are a band I was made aware of via my promoter buddy back in my hometown of Chicago.  They are local to the area and making some waves with their particular brand of symphonic metal.  You don't hear a lot of this genre coming out of the Windy City, so it was worth taking notice of the bandcamp stream when it crossed my path.  I must say that I am once again proud of my old stomping grounds for producing another fresh take on an old sound.

Let's begin with the usual hallmarks:  alternations of clean singing and harsh death vocals, soothing female leads, lush synthesizers, and crunchy distortion.  With Progenitor, the band takes a fairly modern approach to the sound, with a highly djenty use of guitar and a bit of a youthful metalcore aesthetic as opposed to the over-the-top theatrics of groups like Nightwish or extremity of Dimmu Borgir.  If we stopped here, you would have a set of pretty common elements, but the way in which they are constructed with a few interesting touches makes Mechina stad out a bit to my ears.

For one, there is a strong electronic element to this album that goes beyond the synth work.  To use another tired comparison, there is a lot of Neurotech going on here, from the purposeful use of autotune on the male cleans to the ambient and digital effects.  I was searching my mind for just the right parallel for the resulting aesthetic, and I was quite suprised when I found it. While Mechina would play perfectly fine on a bill with metal acts from Ne Obliviscaris to the more mainstream Evanescence (not my bag, but the appeal remains), I kept finding myself thinking about the Perry tent at Lollapalooza.

For those not familiar with Lolla, it's an annual concert that used to tour but now occurs for 3 days every summer in Grant Park.  The Perry tent was in the last few years reserved for electronic/dubstep/DJ acts and is more or less an all-day rave.  The more I listened to Progenitor, the more I started thinking about tracks like Deadmaus'  excellent "Raise Your Weapon." The overall effect is much the same in my mind, it's just that instead of building music with a computer and pretending to noodle with levels on stage, you get a full band playing live music.  Add a good laser show and I'm grabbing my glowsticks.

Now I do realize as I write this that to some, this description may sound downright...terrible.  But I assure you, Mechina are a solid band that still makes metal music.  I doubt you'll be seeing many half-naked, sweaty people dancing at their shows anytime soon, I just thought I would share my own particular observations.  If I have a few critiques for the group, I would simply say compositions could be tightened a bit or progress a bit more to satisfy the runtimes.  Other than that, I consider this album to be another window to a bright future.  Progenitor was released January 1st and can be streamed below.  Be sure to visit the page and show your support.