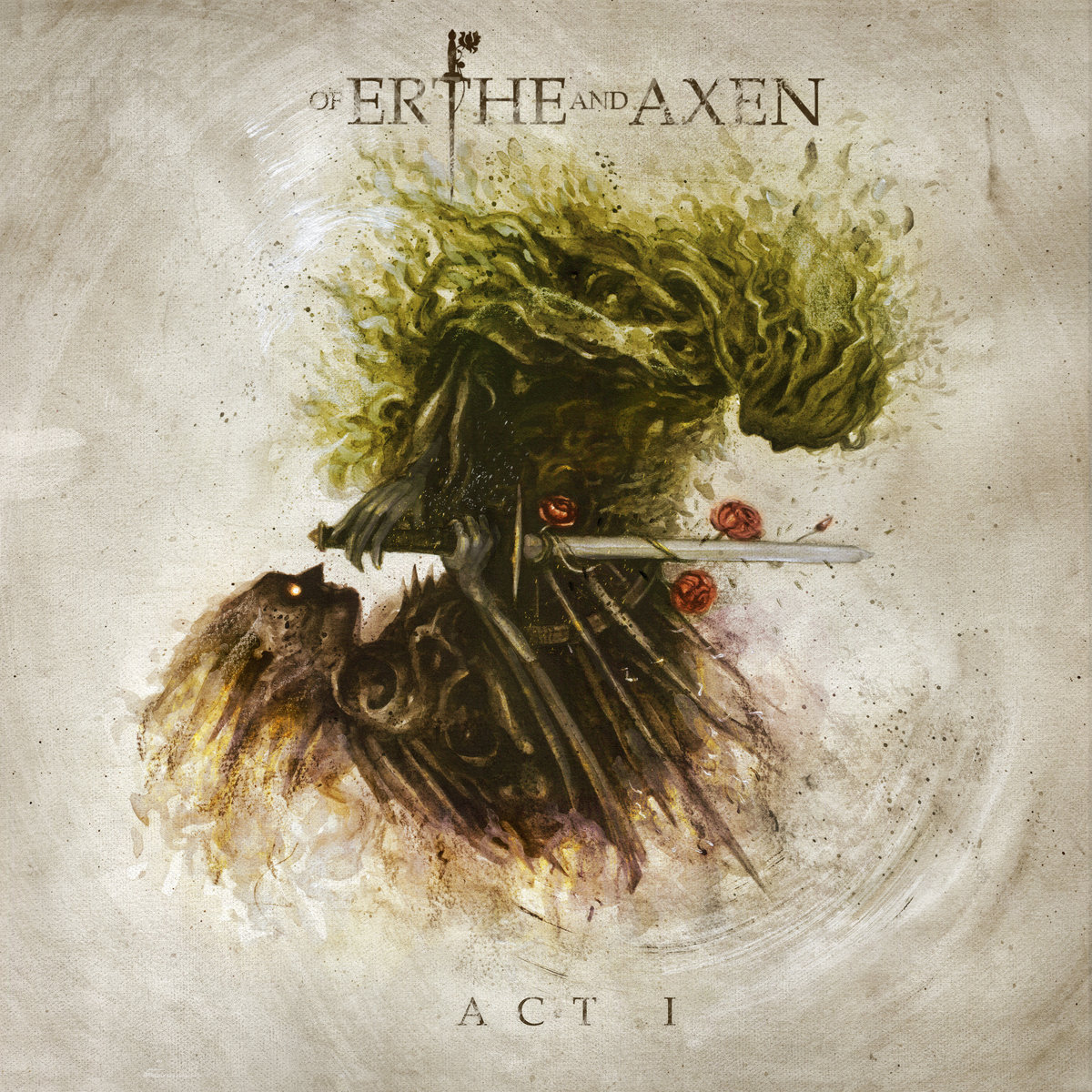 Raffy Reviews - Xanthochroid: 'Of Erthe and Axen' (Act I & II)

Background: On this day, the epically progressive and highly experimental black metal project known as Xanthochroid has finally released the second half of their new album Of Erthe and Axen. This act, which hails from California and has been active for a little over a decade now, considers their stylistic brand of music as "cinematic" or "epic" black metal. A follow-up to their 2012 full-length breakout, Of Erthe and Axen was unveiled through the band's own label (having the same name as this album, oddly enough) and strives to do many things different as opposed to your traditional black metal sound.

Album Summary: Now that both parts are out, both can be put together for review. It is no question that the band members give it their all throughout Of Erthe and Axen. The character is never broken, the story is told in detail, and everything in between sticks nicely to the concept itself.

The Breakdown: First and foremost, the culmination of Xanthochroid's twofold epic dissolves into a lengthy adventure...with a running time consisting of about 90 minutes of content. It is long and very drawn out; a factor that may put off some listeners. In addition, the album has many slower parts, consisting of ambiance and background noise or build-up, as well as some intermitten tracks as well. But when it gets going, Of Erthe and Axen really gets good.

Secondly, there is a wide variety of instruments being played, including: keyboards, acoustic guitar, electric guitar, wind instruments, percussions, etc. The mixture is sure to catch the ear of listeners and musicians alike. The combination works well to transition and keep the music going.

Thirdly, the structure consists of different sections. There are fast parts, slow parts, ballads, symphonic-sound breaks, and more. Also, the vocals on here are fantastically interwoven with the instruments themselves. The clean vocals are clean as ever...and the unclean ones give some attitude and added energy, as well as subtle aggressiveness, to the music itself. The production helps a lot as well, making this release overall sound as good as possible at all times. Every note is heard, nothing overpowers anything else, and the sound is very crisp and clear. Finally, the themes within the album tell a very competent story, with a stronger focus on lyricism.

The Verdict: In conclusion, there's not much more that can be said here about Of Erthe and Axen without giving too much away. Audiences will just have to listen to it for themselves and see how it stacks up in comparison to a lot of other contemporary black metal releases out there. Overall, this lengthy epic of black metal storytelling is a worthy dive into the more avant-garde side of the genre. The album was well worth the wait, and it is a recommended listen if one wants to experience a sort of "different" take on the music.

Fave Tracks: "To Higher Climes Where Few Might Stand", "The Sound Which Has No Name"