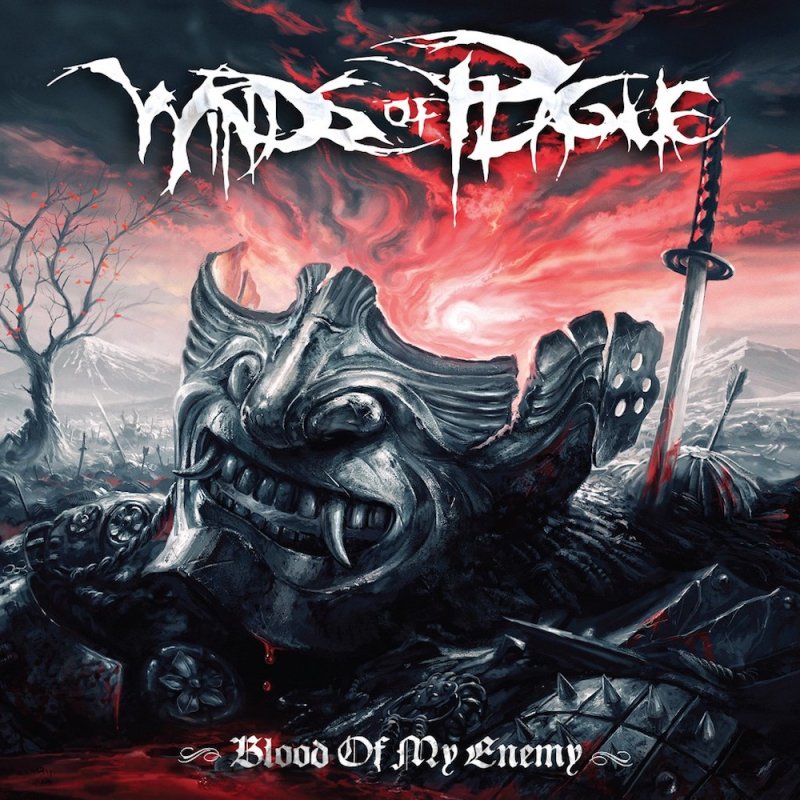 Raffy Reviews - Winds of Plague: 'Blood Of My Enemy'

Blood Of My Enemy
by Winds of Plague

Background/Band at Hand: Today, Los Angeles-based metal act Winds of Plague unveil their newest full-length release. Having been active in their respective scene since the early 2000s, this landmark deathcore band has, so far, dropped five albums since their conception and have been part of numerous tours. Winds of Plague's music usually incorporates some kind of symphonic and/or melodic elements, which make a worthy comeback in this year's release...and the group has since switched from their traditional label of Century Media to eOne/Good Fight Records.

Album Breakdown: Blood of My Enemy is a forty minute musical dive into things such as melody, aggression, themes of war and destruction, as well as the staple bone-crushing breakdowns and hard-hitting heavy metal (albeit with a few little touches) that the target audience is used to. The album's twelve tracks are comprised heavily of the band's usual formula, with similar riffs, similar energy, and a similar overall atmosphere. However, the members have put in little details that make this latest release worth listening to, as well as an enjoyable deathcore experience mainly due to the competent structuring, instrumentalism and production.

The Good: Wind of Plague's new album has very fluid production quality, first and foremost. Everything sounds crisp, clear and distinguishable from the rest. The guitar-work within the compositions is also worth mentioning, as the riffs this time around are very diverse and orderline unorthodox to the genre, sometimes even giving off a sort of symphonic black/death metal vibe. The vocals herein are also various, with there being the usual high/low unclean combos, in addition to the complementary chorus and occasional cleans present throughout that give the music a slightly different touch. All of the instrumentals, in general, are well established and strong, in turn complemented by the fluid structuring of the songs and album itself. Overall, Blood of My Enemy does many things well and even goes a little against the grain at times. The best tracks are the ones where everything mixes in so well...and the release both opens memorably and concludes on an energetic and powerful note.

The Bad: While the album does much good, there are still a couple of little flaws. First off, the first few tracks are kind of bland and uneventful...serving as a build-up of what's to come. However, the later music does pick up and make up for this. Secondly, the release could've used a bit more breakdowns. The ones that are already in there hit you hard, especially the final one, but one can see how some deathcore fanatics can be slightly disappointed by this notion and lack of chugging sections. In all, these factors are used more sparingly here. Finally, this reviewer is still not sure how he feels about the inclusion of clean vocals...they may sound good, but they do not correspond to the atmosphere of the rest of the music at times.

The Verdict: In conclusion, Winds of Plague's latest effort starts off and ends with a bang. The album has few faults in comparison to the pros...and, while it takes a bit to pick up and get good, once it does get good...it gets really good. Again, the symphonic elements work very well here, mixing in with the blackened deathcore influences as well. The release is definitely worth a listen and Blood of My Enemy may just be the band's best work since their first or second albums.