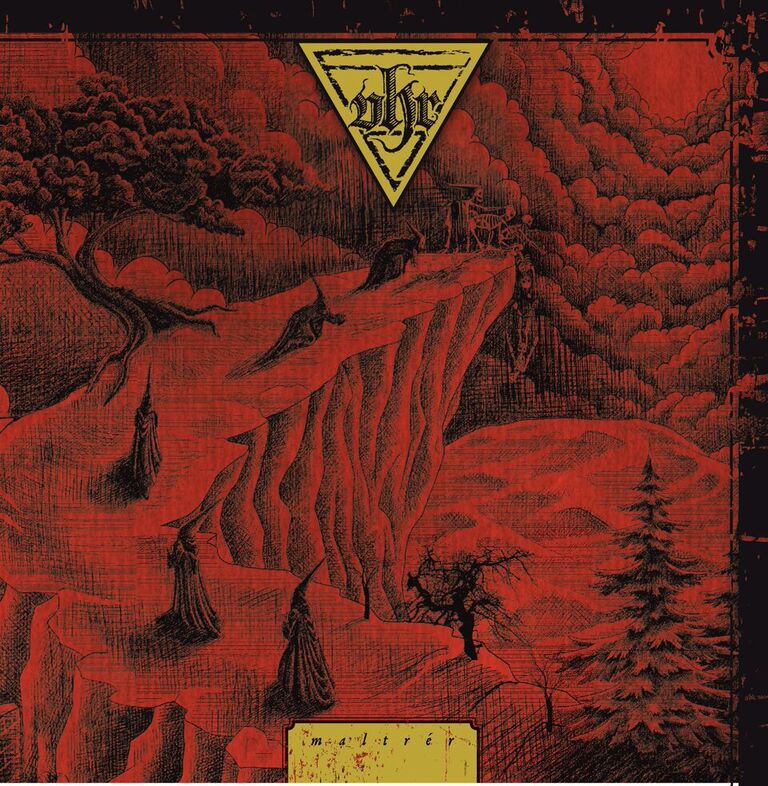 Verheerer is a black metal project originating from Flensburg, Schleswig-Holstein, Germany. Founded in 2008, the band is actively performing and recording new extreme metal content under the Vendetta Records label, which is based in Berlin. For the past few years now, Verheerer consistently went out of its way to bring some of the greatest black metal out of their area, with one EP and now a newly released full-length album under its belt.

The new album titled Maltrer happens to be Verheerer's debut full-length effort. The release consists of seven lengthy tracks, culminating into a 48 minute offering. From what is understood, this band is a two member project that combines elements of the kvlt black metal movement along with traditionally dark ambiance, war-like pacing, and themes of the Occult.

Firstly, the buildup intro track really pulled me in with its subtle tone, yet overwhelming atmosphere and underlying strengths. The opening mostly consists of acoustic picking mixed in with background chords and eerie feedback noises. Then, all of a sudden, the second track 'Kultyst' comes on and totally goes into hardened black metal mode. The instrumentals in this release are more solid and eclectic than usual for the kvlt genre. The band manages to throw in the standard tremolo picking and droning riffs at times; however, Verheerer also sets itself apart by adding in some guitar solos, percussion breaks, and melodic sections in between all the blast beats and fast shredding. The vocals have a very traditional feel to them, packed with tons of energy and sounding dynamic.

Another interesting factor is the transitioning in the song structures. The band will go from all-out destruction to a sudden atmospheric break out of nowhere at times. Also, the closing track has a very dark and dreary vibe to it, with all its balladic chanting towards the beginning, which quickly turns into shrieking and distortion closer to the song's middle. Overall, 'Heimgang' (the closing track in question) has strong ambiance with melodic tones and an impactful ending. Additionally, 'Vertigo' and the self-titled tracks are two personal faves due to their chaotic nature and nonstop fast pace. They are the heavier songs with a lot of variety, with the 'Maltrer' track starting off with a somber and soft performance that shifts into an almost death-like presence. Finally, some songs seem more innovative while others feel more standard "kvlt".

The largest criticisms I have in regards to Maltrer are the utilization of the melodic break sections as well as some nitpicks having to do with the vocal variety and presence. There could've been a bit more done with the melodic and softer parts of the songs, or they could've been developed slightly more at times. In addition, the vocals feel underused sometimes, though this could be a personal qualm. The production quality is questionable, but competent as well.

In all, Maltrer is an album that meets and somewhat exceeds expectations for a few reasons, such as the ones stated in this review. As a whole, the release does deserve praise and recommendation for being so eclectic and having such outstanding musicianship, despite the minor flaws. It's a recommended black metal epic listen for the kvlt fanatics and a solid addition to the genre.

For Fans Of: Kvlt black metal