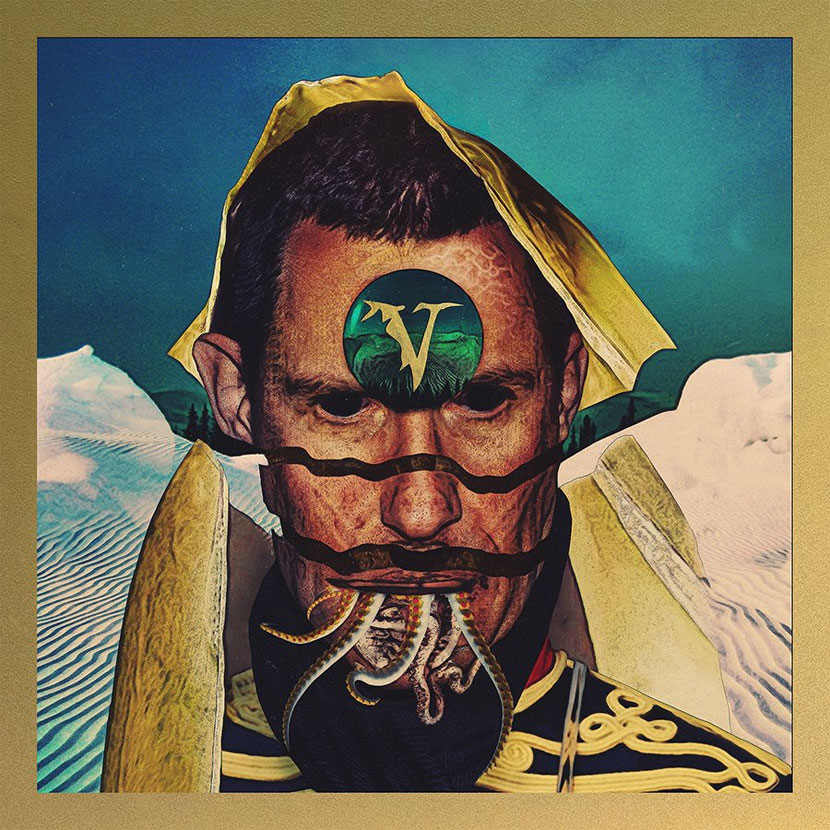 Veil of Maya's continuation of the progressive metalcore formula...how does it stack up to this year's other core releases?

False Idol
by Veil of Maya

Background & Brief History: For well over a decade now, prog-djenty metallers Veil of Maya have been clouding the underground core scene with their personal marque of heavy metal. Through six satisfyingly heavy full-length albums, countless energetic live shows, and consistently sound musicianship, it is clear that this Chicago-born and bred metal band rarely disappoints. The group, which now performs under the Sumerian Records label, are now releasing their latest effort to the public...titled False Idol. The question at hand is: does it stack up to the rest of their discography or even to the other djentcore albums out this year? Let's find out.

Album Breakdown: False Idol is a musical piece that aims to test the technicality and progressive aspects that the band has introduced in previous albums. The eclectic mixture of different riffs and tempos, combined with the metalcore clean/non-clean vocal formula, works fairly well for most of this release. False Idol consists of thirteen tracks, with themes and lyrics as mystifying as ever before. There are polyrhythmic breakdowns, which make a decent return; and the album even makes an attempt at being melodic at times.

The Positives: The best and high points of this new Veil of Maya offering exist in those more experimental tracks that combine a variety of different sounds in their structure. Namely in songs like "Citadel", "Pool Spray" and "Echo Chamber" do we see the mixture of cleans and uncleans, which have become a staple of the genre, along with polyrhythms, melodic backgrounds, and breakdowns...and it surprisingly works well. The guitars are, once again, the strongest in the album. They give it their all here. The production quality does the music justice, as well as the aforementioned vocals that culminate very efficiently with the instrumentals in False Idol.

Cons: While this album nearly does no wrong, there are a couple of drawbacks to it. First off, the album is a little bit long, which may have been a good thing if much of the tracks that, while have solid music to them, didn't end up sounding repetetive. Secondly, some riffs here and there feel a bit recycled, as well.

The Verdict: In conclusion, Veil of Maya have made a worthy return with False Idol. Sure, it follows the same formula they have established in the past...but, the music comes out sounding so catchy and satisfying that this decision is ultimately seen as warranted. The album does stack up with others of the same calibre that have come out this year, such as those works from bands like Northlane, Wage War, and others alike. In all, the subtle little additions here and there, along with the energy, creative writing, and musicianship found within the rest of the music, make False Idol a solid release to appreciate.