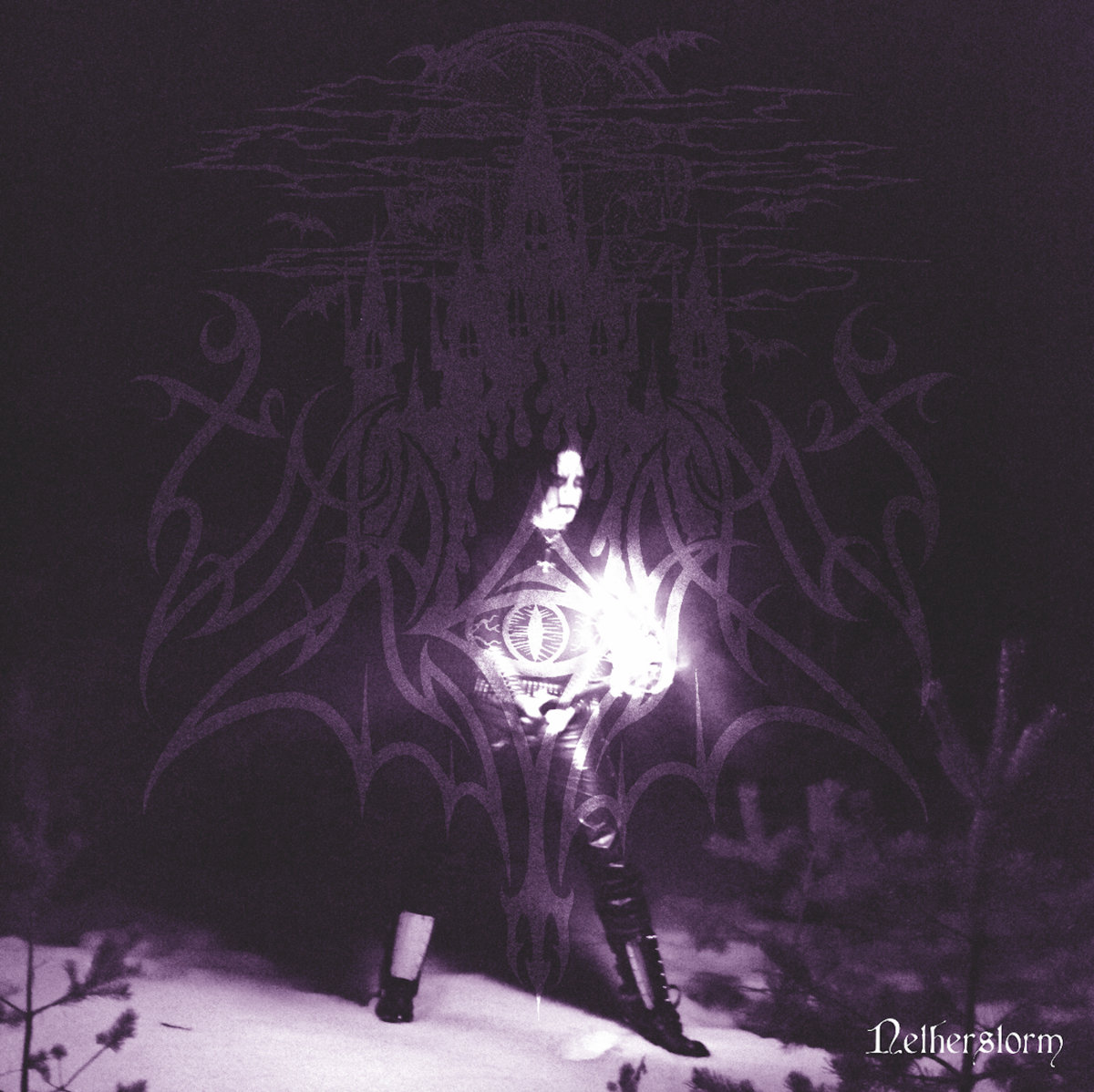 Vargrav is a Finnish black metal project that has now been around for a couple of years. This one-man entity got its big break on the Werewolf Records label not too long ago and is currently in the process of releasing its debut "kvlt" blackened extreme metal album titled Netherstorm.

This first impression comprises a 43-minute epic made up of atmospheric as well as traditional dark elements and themes, with some kvlt stuff thrown in here and there. The composition is undoubtedly stellar-sounding and competent...especially for one single person. Its music aims to blend themes of the Occult with familiar ambiance and standard black metal instrumentals, in addition to the signature vocals you're all used to at this point.

Netherstorm is an offering of modest length, though the material found within gives off sort of nostalgic elements and familiar characteristics of the genre. Every once in a while, a little surprising bit will be thrown in such as a more electronic or melodic section or the presence of various guitar riffs that you would'nt normally hear in the black metal realm. In certain parts, you may be able to hear a folk-like backdrop or a buildup consisting of chanting or operatic aspects, but this only serves as an addition to the obviously somber and bleak overtones. In terms of the instrumentals, the guitars have a decent tone and the drumming samples are fitting.

Some of the critiques for this album stem from the vocals, which could've been produced a little bit better. They just seem overshadowed at times by everything else going on. Another thing happens to be the production quality, which is hit or miss for the most part.

Overall, despite its faults, Netherstorm still manages to make itself out to be a subtle, yet fun little black metal effort. The album contains a lot of throwbacks to the old-school and kvlt eras of the genre with its nostalgic elements, uneasy production quality and overall feel. Ultimately, this debut release gives off a fairly solid first impression for Vargrav and leaves audiences with enough curiosity to ponder the notion of what is to come in the near future.

**Netherstorm by Vargrav is available now at Werewolf Records Bandcamp!**